Jeep’s Renegade has pricing, options list and a face you’ll love or hate 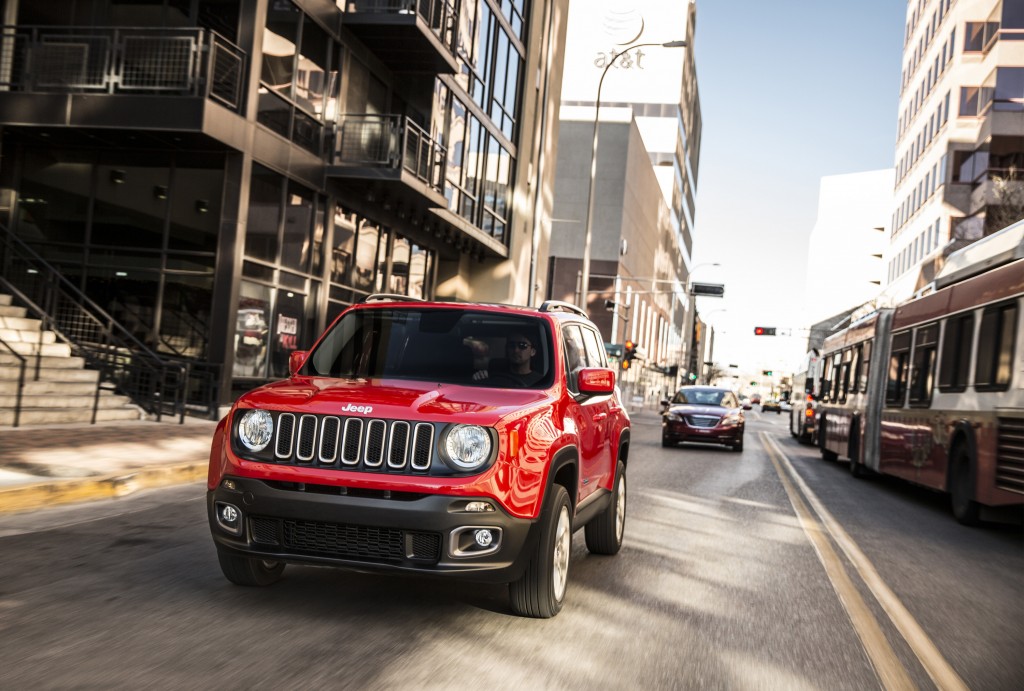 Jeep seems to be splitting its brand into four clearly-defined markets. If we ignore the ancient (and incompetent) Patriot and Compass crossovers, Jeep now has an SUV in every category. For the die-hards who spend their weekends bashing through snowdrifts, fording rivers, crossing deserts or driving up mud-rich dirt tracks, there’s the Wrangler, Jeep’s bread-and-butter vehicle that has survived every challenge thrown at it — including, apparently, emissions regulations, crash-test requirements and the tendency to design cars with something other than a ruler.

For luxury buyers, there’s the Grand Cherokee. Here, in what Jeep calls “the most awarded SUV ever,” buyers can expect a vehicle that will not only take them to 90 percent of the same places as the Wrangler, but will do so while wrapping them in a luxurious, modern interior. The Grand Cherokee can be had as a rock-crawling monster, a shopping-mall cruising child-carrier or, in barnstorming SRT form, a genuine sports car — albeit one that weighs over 5,000 lbs.

If you’re in the market for something smaller, Jeep’s Cherokee straddles a middle ground between crossover and SUV. It offers all of the technology and most of the luxury of its bigger brother, in a smaller, more fuel-efficient package — though its bold new face, intended to drag Jeep into the 21st century and banish the memory of the awful Liberty, has proven controversial. What, though, if you want something even smaller? 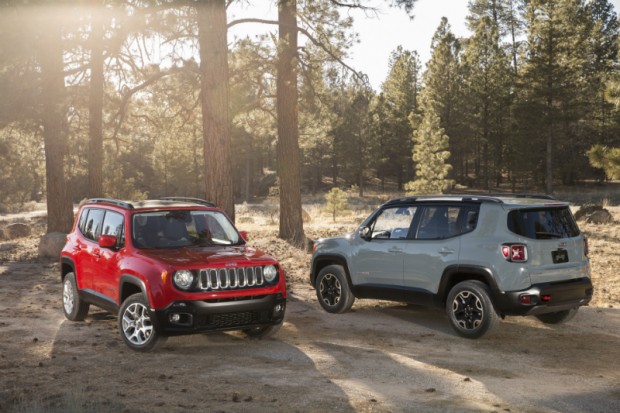 As Americans downsize from larger SUVs, or upsize from compacts into something a little roomier, the compact crossover market has exploded. Walk into any number of dealers and you’re likely to find these diminutive crossovers occupying showroom space — the Buick Encore, Nissan’s Juke, Subaru’s XV, to name a few. With the 2015 Renegade, Jeep’s all-new compact crossover, the American brand can finally compete in a market it’s all-but absent from — and, what’s more, we now know how much it’s going to cost when it reaches dealers this year.

Let’s first deal with the (admittedly small) elephant in the room: The Renegade’s looks. Jeep’s designers have waxed lyrical that the car “symbolizes the brand’s renowned American design, ingenuity and innovation” and pointed out the numerous easter eggs and influences in its design, such as the Wrangler-inspired headlights, the flat fenders taken from the original Willys Jeep, or the taillights shaped like Army jerry cans. Of course, the iconic seven-slot grille is upfront, signifying that yes, this dinky little car is in fact from America’s most famous SUV-maker. I would preface this by saying that I’m not a fan of the Renegade’s design, that I think it’s too toy-like, too fussy, and so desperate to look like a Jeep that it’s a Frankenstein’s monster-esque mashup of design inspirations — but I really shouldn’t. I similarly derided the Cherokee when it debuted, its starkly modern design seemed too bizarre, its front too gurning, its overall aesthetic too eager to stand out from milquetoast competitors. Then I saw it in person and bought one, so what the hell do I know? 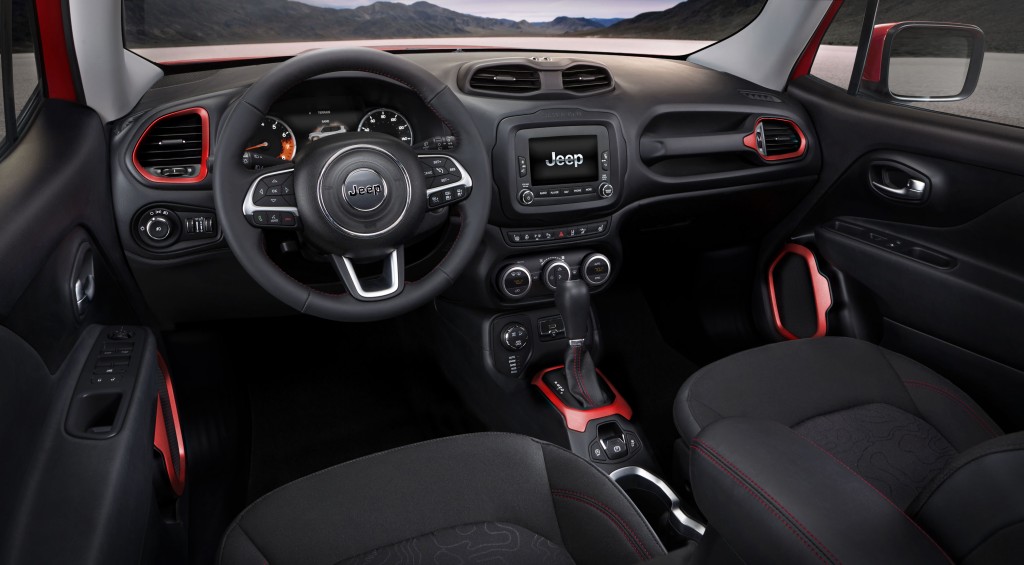 If you’re a fan of the Renegade’s exterior, there’s a lot to like inside, too. Jeep has distilled the Cherokee’s cabin, removing a few features and downsizing a few controls, but what’s left suits the brand’s intended buyers — namely young people and small families. Everything’s chunky, robust, with bright accents around certain focal points, such as the vents and speaker surrounds. In lieu of a traditional sunroof, the Renegade has removable panels (which can be glass or opaque), allowing it to transform into a psuedo-convertible when the weather permits, further adding to its abilities. It’s a vehicle that wants to appeal to many people for many reasons, all the more evident when you have a look at the various drivetrain combinations on offer. Be warned, you’ll need to make a firm decision as there are sixteen combinations to choose from.

Let’s start with the trim levels available. The ironically named Sport is the base model of the Renegade range. Starting at $18,990, it undercuts many of its key rivals, but it’s a very apparent case of caveat emptor — yes, your car may be labelled “Sport,” but you won’t be fooling anyone. As standard, the car comes with front-wheel drive, mated to a six-speed manual transmission and a 1.4-litre turbocharged engine. On each corner, you’ll find 16-inch steel wheels — yes, steel, lest you forget that this is the base model. In terms of equipment, things are little better. Remote keyless entry is here, as are steering-wheel controls for audio, and hill-start assist — though, when power windows and a flat-folding front passenger seat are touted as features, you know you’re scraping the barrel. You’re not even getting air-conditioning for that $19k. 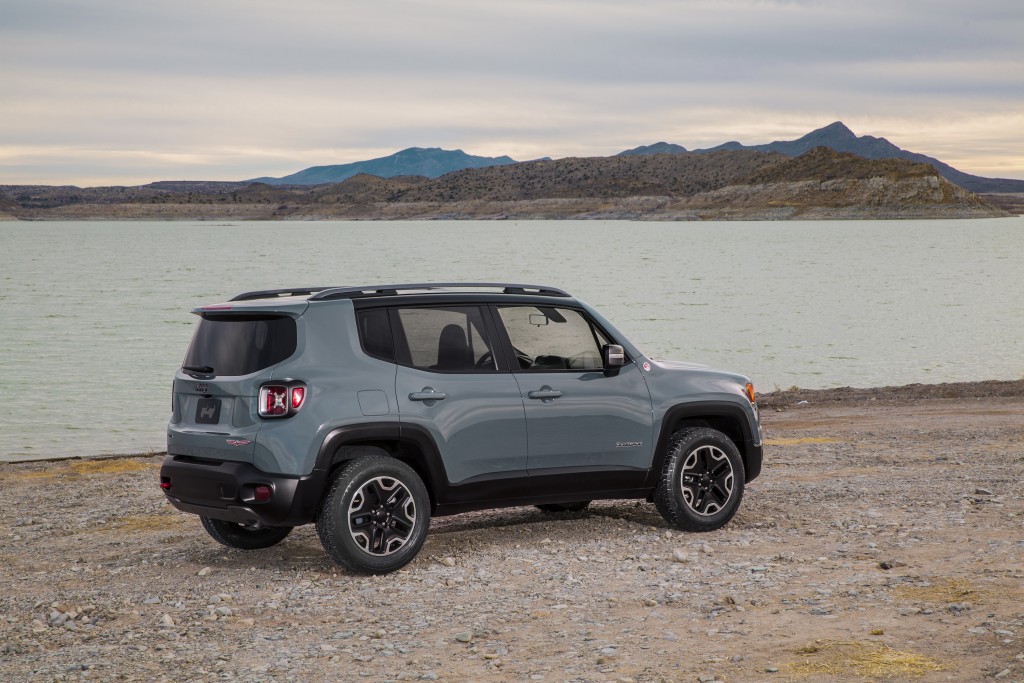 Move one trim up and you’ll find Latitude. Again, front-wheel drive is standard and it keeps the 1.4-litre engine, but for $22,990 you’ll gain fog lights, roof rails, tinted windows, 16-inch alloy wheels, a leather steering wheel, and Chrysler’s excellent Uconnect system with a 5-inch touchscreen and backup camera. Limited trim is the Renegade’s luxury option, and for $25,790, brings a power boost along for the ride. Out goes the smaller engine and in comes Fiat-Chrysler’s 2.4-liter Tigershark four-cylinder engine, mated to a nine-speed automatic. Alloy wheels stretch to 18-inches, you’ll gain leather seats (which are heated in the front, as is the steering wheel), a 7-inch display behind said steering wheel, remote engine starting, and dual-zone climate control.

Perched at the top of the range is Jeep’s most impressive model, the Renegade Trailhawk. This baby bruiser, rated to traverse the toughest terrain Jeep’s engineers could throw at it, costs $26,990 and brings Selec-Terrain management for its four-wheel drive system — which features 20:1 low-range gearing. Wheel size drops to 17-inches, but they’re wrapped in all-terrain rubber, while red tow hooks borrowed from the Cherokee Trailhawk adorn the front, skid plates are fitted underneath, the roof and its rails are painted black, and front and rear bumpers are reduced in size to ensure the Renegade has better approach and departure angles. 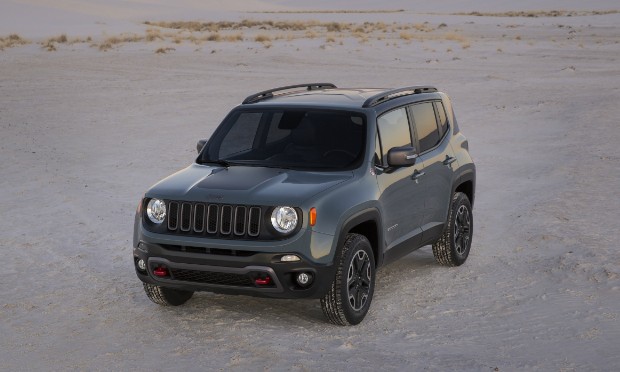 Adding all-wheel drive to the other trims brings a $2,000 premium, while Sport and Latitude trims can add the bigger engine and auto box as an option over the tiny turbo’d unit. There’s a plethora of options packs to choose from, and you can easily run the price of the Renegade up by a few thousand if you start wildly ticking boxes. Generic options such as “Cold Weather Group” (heather seats and steering wheel, wiper de-icer, floor mats, remote-start) and “Popular Equipment Group” (dual-zone climate control, 9-speaker audio system, 40/20/20 split rear seat, eight-way power-adjusted driver’s seat) will add items to the lower-trimmed models, while safety features such as blind-spot monitoring and a tow package (which requires the larger engine) let it pull a rather meek 2,000 lbs.

All things considered, the Renegade is very attractively priced for the segment. Jeep are hoping that the car will be a hit, and its low starting prices should help that. Of course, it’d be surprising to see many buyers opting for the Sport model, except as a first car for young drivers, as its paltry equipment makes it a rather unappealing buy. It’s designed to let Jeep say “Starting at $18,999” on posters and attract buyers to showrooms, rather than sell in great volumes. The rest of the Renegade range is much more palatable, and there’s plenty of scope to customize a car to fit your needs, be they tackling the urban jungle with a stick-shift and peppy engine, or bashing through snow drifts in the lifted, toughened Trailhawk. Its polarizing looks (again, I’m reserving full judgement until I see it in the flesh) could hamper its chances, but Jeep certainly appears to have a winning combo of ability, equipment and price on its hands.

Rhuaridh Marr is Metro Weekly's online editor. He can be reached at rmarr@metroweekly.com.
← Previous Story Acura NSX: A ’90s icon returns
Next Story → Reactions to Tesla’s “Insane Mode” will make you want the Model S