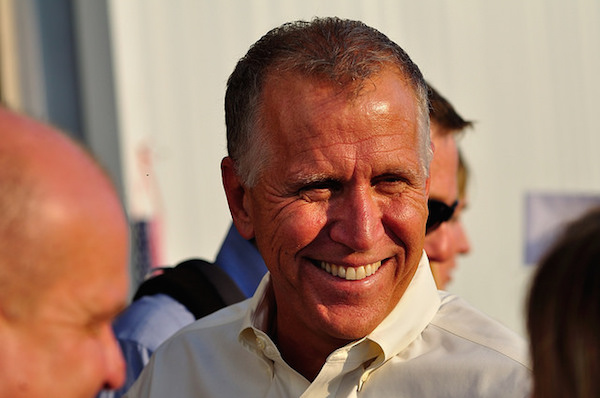 Republican lawmakers in North Carolina asked the U.S. Supreme Court to review lower court decisions striking down the state’s ban on same-sex marriage, continuing a months-long battle against the arrival of marriage equality in the state.

Unlike other same-sex marriage cases that have been petitioned to the Supreme Court, the petition comes from a state impacted by the high court’s decision last year to reject several same-sex marriage cases. In October, the court surprised marriage-equality advocates and opponents alike when they declined to hear cases challenging same-sex marriage bans in five states — Utah, Oklahoma, Virginia, Indiana and Wisconsin — thus allowing lower court decisions legalizing marriage equality in those states to stand. Because the Supreme Court left intact rulings by the 4th Circuit, 7th Circuit and 10th Circuit Courts of Appeals striking down same-sex marriage bans in those five states, the appeals courts’ decisions applied to six other states in those three circuits: West Virginia, North Carolina, South Carolina, Kansas, Colorado and Wyoming.

In addition to asking the justices to address whether banning same-sex marriage is prohibited by the 14th Amendment to the U.S. Constitution, the petition for writ of certiorari also asks the high court to examine the 4th Circuit’s decision in Bostic v. Schaefer, striking down Virginia’s same-sex marriage ban, which is now binding to all states covered by the 4th Circuit. In particular, the petition asks the Supreme Court to resolve whether the 4th Circuit’s ruling in the Virginia case is “erroneous and an impermissible intrusion on the authority of States over domestic relations law that this Court recognized and reaffirmed in United States v. Windsor” and whether a state’s definition of marriage as between a man and a woman is constitutional “because it is as narrowly tailored as privacy concerns permit to further the State’s compelling interest in fostering the optimal family structure for the rearing of children.”

The petition was filed by Phil Berger, president pro tempore of the North Carolina Senate, and Thom Tillis, the former speaker of the North Carolina House of Representatives who was sworn-in as a member of the U.S. Senate last week. (According to the petition, Tillis’s successor as speaker, state Rep. Tim Moore, will be substituted as a petitioner after assuming office.)

“The Fourth Circuit’s holding that there is a fundamental constitutional right to marry whomever one chooses, which the district court in this case felt bound to follow, has undermined compellingly important policy decisions in the States of the Fourth Circuit, not just with respect to the man-woman definition of marriage, but more broadly with respect to other longstanding restrictions on marriage as well,” states the petition, which was filed Jan. 9 and docketed Tuesday. “Certiorari is warranted to consider whether such an intrusion on the States’ primary role in the determination of marriage policy can stand.”

Earlier this week, the Supreme Court declined to take up a case challenging Louisiana’s ban on same-sex marriage before a federal appeals court has rendered judgement. The remaining same-sex marriage cases distributed to the justices are expected to be considered again during the their next conference, scheduled for Friday. In a 2-1 decision handed down Nov. 6, the 6th Circuit Court of Appeals upheld same-sex marriages bans in four states — Kentucky, Michigan, Ohio and Tennessee — breaking with other federal appeals courts that have considered the issue. Idaho officials have also asked the court to review a case striking down that state’s ban on same-sex marriage.