Home / Features / Preaching Past the Choir: Q&A with Tarell McCraney

Preaching Past the Choir: Q&A with Tarell McCraney

Tarell McCraney depicts the journey of young black men in his work, including his new play "Choir Boy" 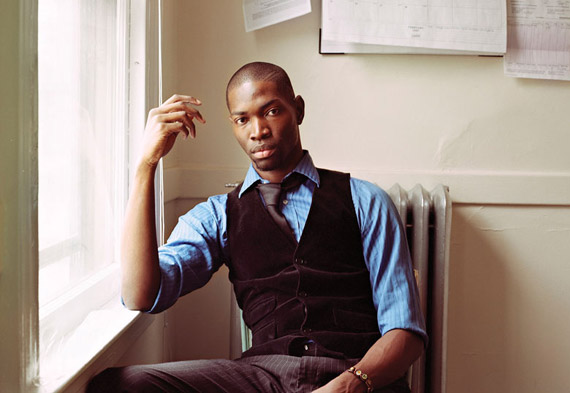 Tarell McCraney’s new play Choir Boy isn’t about the recent incidents of police violence against young black men, just as Shakespeare’s The Tempest isn’t about the African slave trade, which was burgeoning during the time it was written. The Tempest depicts one character, usually played by a black actor, as “monster, slave.”

“Choir Boy is not a play set in Ferguson,” McCraney says. “But if you want to engage in the question of African-American men — young men — and what they’re interested in … then I think that is just as tantamount or related to these issues. Because these young men are preparing to go into the world that will see them as monsters, sometimes. Even without being prompted.”

Choir Boy, now in a new production at Studio Theatre, focuses on a group of young black men preparing to become leaders in their community. The play revolves around the character of Pharus, the leader of the school choir who is taunted for being gay and effeminate. Despite being tormented by his peers, Pharus stays true to himself and turns the other cheek to a magnanimous degree, showing empathy for his bullies. Says McCraney: “I think that level of generosity is saintly.”

The 34-year-old McCraney, who last year was chosen as a MacArthur Fellow (otherwise known as a Genius Grant), grew up in Miami among similar real-life practitioners of what he calls a “spirit of generosity.”

“I had many teachers, people in the community, who were very supportive and afforded me opportunities to participate in the arts,” he says. “There are a lot of programs that don’t exist anymore for people who couldn’t afford to go to art classes, or have art study. And I was one of those. I was very lucky.”

METRO WEEKLY: How would you describe Choir Boy?

TARELL MCCRANEY: It’s a coming of age play about a group of African-American boys in [a prep school] and their journey into becoming young men and leaders in the community. The school’s choir has yielded some financial gain but also a sort-of branding for the school. And at the start of the play we watch a very effeminate young man with an extraordinary gift become the lead of that choir.

MW: Was this informed by your own experience?

MCCRANEY: I didn’t go to a preparatory high school. I went to a performing arts high school actually. And I was never the lead of anybody’s choir. I can’t sing.

MW: What inspired this play?

MCCRANEY: I was interested in the cross-section of African-American young men growing into manhood in today’s society. And oftentimes there’s this depiction of sort-of their more physical and urban life, but not necessarily what it’s like for them to handle the traditions passed on to them from African-American culture, and what they’re expected to hold and hold on to when becoming men. I was interested in that portrait, in how we prepare people who are constantly told to remember they’re part of a particular group but also asked to be individuals. Are we allowing their individuality or are we hampering it? How do we connect with young people and ask them to flourish and be our leaders of tomorrow? Are we allowing them the space to do that? Are we really understanding their needs and connecting to them as young people? Are we allowing them to be children, or are we hampering them by putting way too many restrictions on their ability to grow by asking them to take on so many responsibilities?

MW: What about your childhood? Did you grow up in a religious environment?

MW: When did you realize you were gay? And did that have an impact on your religious outlook?

MCCRANEY: Pretty early. It did, to a degree. I think when you realize that — especially as a person of color — there’s always a moment when you realize that there’s something in society that’s not necessarily geared toward or for you. And I think that’s what I’m interested in, in terms of Choir Boy and in terms of my work in general. When you realize what society is asking of you — when you realize the world and its strange categories and orders, some of them being man-made, some of them being what we think of as natural — what do you choose? How do you move next? What do you do next? I do remember becoming aware, and becoming conscious — similarly to looking around the room in classes and recognizing that I was the only black person or the only tall person, or the only black, tall person who people thought of as older for various reasons. I was the same age as all the other kids in my class. But I was handed more responsibility, expected to act a certain way. And you recognize when people put those mores and expectations on you.

MW: How involved were you in the church? Did you ever see that as a career path?

MCCRANEY: Very little. When I was younger I thought being a pastor would be awesome. But that’s what all kids do. They see what their parents do and they think that’s awesome. But in terms of career, I don’t think I ever pursued. I started in theater very early, and I was in it so intently that I just kind of didn’t veer very far ever.

MW: Choir Boy isn’t set in a specific geographic place. And on the topic of geography, you haven’t set much of your work in your hometown of Miami. Far more of it has taken place in Louisiana, including the critically acclaimed plays known as your Brother/Sister trilogy. What is it about New Orleans and the bayou that has inspired you so much?

MCCRANEY: Well I’ve only written one play based in New Orleans proper. And that was The Breach. And that was because I was commissioned to write a play about Katrina. I love New Orleans. It’s an incredible place. The Brother/Sister plays were all based in the bayou or in a place called San Pere. And then some drop of turd, some stage writer somewhere, some marketing group decided that, “Oh, it’s the bayou so it must be in Louisiana.” So I was like, sure. But if you want to, you could very well place it in any bayou along the Gulf of Mexico. As long as it’s in the South it sort-of works that way.

We have our own bayou here in Florida that we call the Everglades. And that swampland is inspiring. Most of my plays — Height of Passes takes place out on passes of the mouth of the Mississippi. And Wig Out! takes place somewhere at a drag ball club, which I don’t think is in New Orleans proper. I try to write plays that can happen almost anywhere.

Doug Rule covers the arts, theater, music, food, nightlife and culture as contributing editor for Metro Weekly. Follow him on Twitter @ruleonwriting.
← Previous Story The Year in Scene 2014
Next Story → 2015: A Look Ahead