By John Riley on January 15, 2015 @JohnAndresRiley

One day after their Senate counterparts rejected a bill that would have added crimes committed against people because of their real or perceived sexual orientation and gender identification to the definition of what constitutes a “hate crime,” Republicans in the Virginia House of Delegates on Thursday referred an identical measure, HB1494, to a subcommittee, which will likely doom the bill’s chances of receiving a vote of the full committee, let alone a vote of the full House. 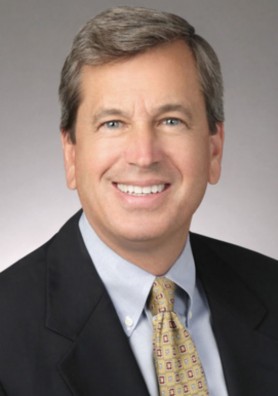 The measure, patroned by Del. Rip Sullivan (D-McLean, Arlington), would require that local law enforcement authorities record and gather information on crimes that are suspected to be motivated by hate due to a variety of characteristics, including race, religion, ethnic origin, sexual orientation or gender identity, and report them to the Department of State Police, who can then collect and analyze the information to better combat bias-motivated crimes. On Thursday, Sullivan’s bill went before the Committee on Militia, Police and Public Safety, chaired by Del. Scott Lingamfelter (R-Woodbridge, Montclair, Catlett) and was referred to a subcommittee stacked 5-3 in favor of Republicans over Democrats. Historically, the majority party in the House has used subcommittees to kill unpopular measures or bills that might put some of their more vulnerable members on the record, particularly in election years like 2015, when all 140 seats in the Virginia General Assembly will be up for re-election in November.

At first glance, the fate of the bill appears to be on a similar track to its Senate counterpart, SB799, which failed to advance from the Senate Courts of Justice Committee on Wednesday. The subcommittee is chaired by Del. Will Morefield (R-Tazewell, Grundy, Bastian), who has a mixed voting record on pro-LGBT measures or amendments over the years. The other Republicans on the subcommittee come from largely conservative-leaning communities throughout the state. They are Nick Rush (R-Christiansburg, Pulaski, Floyd), Rick Morris (R-Carrollton, Suffolk, Sussex), Buddy Fowler (R-Ashland, Ruther Glen, Spotsylvania) and Mark Berg (R-Winchester, Gainesboro, Stephens City). In order to be heard by the full committee, the bill would need to be passed out of the subcommittee with the help of at least two of those Republicans, if all three Democrats seated on the subcommittee are present and vote in the affirmative. Those Democrats all represent districts where the majority or all of their territory is within the Capital Beltway: Kaye Kory (D-Falls Church, Lake Barcroft, Annandale), Marcus Simon (D-Falls Church City, Merrifield, Pimmit Hills), and Alfonso Lopez (D-Arlington, Bailey’s Crossroads, Seven Corners).

Even if the bill were to pass the subcommittee, there is no guarantee it would pass the full committee, which is stacked 15-7 in favor of Republicans, and contains at least 10 members from the western third of the state running through the Shenandoah Valley down into Southwest Virginia, which tends to be a more socially conservative region of the state. The bill would face even more hurdles if it somehow managed to be passed out of committee and Speaker Bill Howell (R-Fredericksburg, Stafford, Aquia Harbor) were to allow a vote on it, as Republicans hold a 67-32 edge over Democrats (plus one former Democrat who was recently elected as an independent) in the 100-member chamber.

If past is prologue, Sullivan’s measure will likely be tabled in subcommittee, never seeing the light of day. According to a House calendar on the General Assembly website, the subcommittee’s next scheduled meeting will take place at 4:00 p.m. on Monday, Jan. 19.

John Riley is the local news reporter for Metro Weekly. He can be reached at jriley@metroweekly.com
← Previous Story D.C. Council Introduces Surrogacy Bill
Next Story → Virginia’s Nondiscrimination Bills: One Dies, One Survives