By John Riley on January 19, 2015 @JohnAndresRiley

A Virginia Senate committee deadlocked on two pro-LGBT bills and postponed a vote on a third on Monday afternoon, but LGBT rights advocates are still hoping that at least one of the contested measures may have a chance to be reconsidered, giving them another chance to pass the bill out of committee to be voted upon by the full Senate. 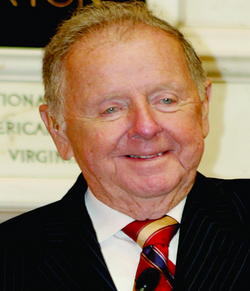 The Senate Committee on General Laws and Technology heard three separate LGBT-related measures. The first, SB785, patroned by Sen. Don McEachin (D-Richmond City, Ashland, Charles City), would have prohibited discrimination based on sexual orientation or gender identity in public employment. A similar bill dealing with only state employment previously passed a Republican-led Senate in 2013 by a 24-16 margin, with 20 Democrats and four Republicans voting in favor.

The second measure, SB917, patroned by Sen. Jennifer Wexton (D-Leesburg, Sterling, Herndon), would have prohibited discrimination in housing by adding sexual orientation and gender identity to a list of other characteristics, including race, religion, national origin, sex, and disability, that cannot be used as a basis for refusing to rent or sell to prospective tenants or buyers.

The third measure, SB1211, patroned by Sen. Adam Ebbin (D-Alexandria, Arlington, Belle Haven), would have amended parts of the Code of Virginia that are gender-specific, such as marital, adoption or inheritance laws, to be gender-neutral, as in the example of changing references to “husband” and “wife” to “spouse.” Ebbin proposed his bill in response to the Bostic v. Schaefer decision that overturned Virginia’s statutory and constitutional bans on same-sex marriage, a decision that was eventually upheld by the 4th U.S. Circuit Court of Appeals and allowed to go into effect when the U.S. Supreme Court declined to hear an appeal of the case.

The failure of both bills to pass outright highlights the power of the majority party in controlling Senate committees, as well as the importance of attendance and the timing of votes when considering legislation in a closely divided Senate. Chief among the reasons for the deadlock on bills was the absence of Chuck Colgan (D-Manassas, Manassas Park, Dale City), a conservative Democrat who has previously been supportive of LGBT nondiscrimination measures. Had Colgan been present for the vote, it is likely that both the housing and employment measures would have passed without incident.

“This may have been just a case of: the other side had their proxies in line, and ours didn’t.”
— Claire Guthrie Gastañaga, Executive Director of the ACLU of Virginia

Voting for both nondiscrimination measures were Ebbin, Wexton, and Senators Mamie Locke (D-Hampton, Newport News, Portsmouth), George Barker (D-Clifton, Lake Ridge, Franconia, Alexandria City), Chap Petersen (D-Fairfax, Chantilly, Vienna), and Creigh Deeds (D-Bath, Covington, Lexington, Charlottesville). Sen. Jill Holtzman Vogel (R-Upperville, Winchester, Aldie, Jeffersonton), who had previously pledged her support for SB785, cast the sole Republican vote in favor of both bills. Vogel has been essential to moving pro-LGBT measures out of the Committee on General Laws and Technology during past legislative sessions, as in 2013 when she cast the deciding vote to move a similar measure dealing with nondiscrimination in state employment out of committee, and for its eventual passage on the floor.

Claire Guthrie Gastañaga of the American Civil Liberties Union (ACLU) of Virginia, which testified in favor of both bills, said the organization was disappointed that neither bill was able to report out of committee.

“This may have been just a case of: the other side had their proxies in line, and ours didn’t,” she said, noting that Sen. Walter Stosch was not present but had sent a proxy to vote on his behalf (a practice allowed in the Virginia Senate but not the House) and that at least two other lawmakers on the opposing side also voted by proxy on at least one of the bills.

Gastañaga noted that while the housing discrimination bill is considered dead, it remains in committee and could also be revived if someone on the “prevailing” side — that is, someone who voted against the bill, were to make a motion to reconsider it at another point. When asked if that was too optimistic or unrealistic an expectation, Gastañaga responded that the same thing could be said about the employment discrimination bill’s prospects, which rely on the assumption that all eight supporters — including Colgan — will be present or designate a proxy to vote on their behalf when the measure is brought up next week. Any absence or change of vote will doom the employment bill once more. But still, Gastañaga said, “hope springs eternal” for both measures.

“Russell Wilson is from Richmond,” she said, referring to the quarterback for the Seattle Seahawks. “Had he given up in the NFC Championship game as quickly as some people here want us to give up, the Seahawks wouldn’t have made it to the Super Bowl.”

The commonwealth’s major LGBT rights organization, Equality Virginia, was tight-lipped but hopeful that the employment nondiscrimination bill would regain momentum. The organization has planned to hold a press conference with supporters and several LGBT-friendly lawmakers in the General Assembly Building’s House Briefing Room at 9 a.m. on Tuesday, Jan. 20. There, the supporters of the 21 various pieces of pro-LGBT legislation being considered by the General Assembly this session will stress the importance of passing those measures.

“Equality Virginia is hopeful that many of the pro-LGBT equality bills will pass the Senate,” James Parrish, the group’s executive director, said in a brief statement.

Given the opposition of most Republicans to nondiscrimination legislation, if either measure were to receive a floor vote, all 19 Democrats in the Senate would have to be both present and voting in favor of the bill. Then, either bill’s passage would require that at least one of the chamber’s 21 Republicans vote in favor of it, making the vote split 20-20, and allowing Lt. Gov. Ralph Northam (D), a prominent LGBT rights supporter, to cast the crucial tie-breaking vote.

However, even if the employment bill — or, in an even more unlikely occurrence, the housing bill — was to pass, such a measure would face a much steeper challenge in the House of Delegates. Republicans, led by Speaker Bill Howell (R-Fredericksburg, Stafford, Aquia Harbor), control the lower chamber 67-32-1 over Democrats and a liberal-leaning independent, and have historically shuttled LGBT-related bills to hostile subcommittees in order to kill such measures. Republicans typically enjoy a 15-7 edge over Democrats on most House committees, and subcommittees may range from a 5-3 to a 6-2 Republican advantage.

Further complicating matters is the fact that 2015, in Virginia, is an election year. Because all 140 seats in the General Assembly will be up for re-election in November, many lawmakers, particularly Republicans, have been reticent to even speak about LGBT-related measures. In some cases, a legislator may fear incurring the wrath of conservative groups like the Family Foundation of Virginia, which annually rates lawmakers based on a number of different votes, which can then be used as a cudgel against them by an aspiring primary challenger.  In other cases, Republican leadership, including committee chairmen, are eager to kill measures dealing with social issues to protect vulnerable Republican incumbents by preventing them from having to take on-the-record votes that could later be used against them by political opponents, as Democrats have previously done in recent cycles when they attacked Republicans on issues like women’s reproductive health and abortion rights.

If any of the pro-LGBT bills are to pass the legislature in hopes of eventually being signed into law by Gov. Terry McAuliffe (D), supporters have a very short window of time in which to garner the necessary votes in both chambers. This year’s General Assembly session ends on Feb. 28.

John Riley is the local news reporter for Metro Weekly. He can be reached at jriley@metroweekly.com
← Previous Story Va. House Hate Crimes Bill Shuttled to Subcommittee
Next Story → Virginia Lags Behind on Equality Measures