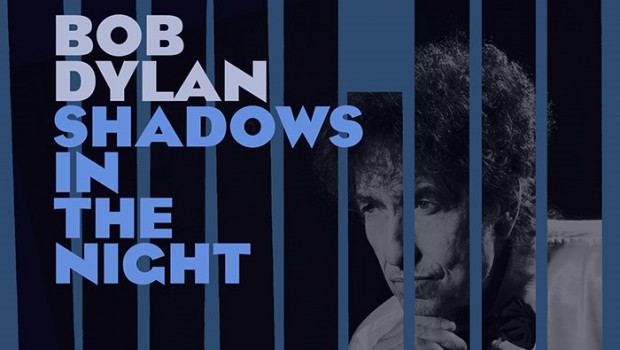 Bob Dylan, one of the great architects of rock and roll, returns this week with his 36th studio album, and it’s an absolute stunner. On Shadows in the Night, the preeminent songwriter in rock history sets aside his lyrical prowess and interprets ten pop standards, some of which are older than he is. With his 74th birthday looming in May, Dylan could have long ago hung up his guitar and lived comfortably off his staggering legacy, but no – he continues to tour almost perpetually, and he releases new studio albums on a regular basis (in addition to his fantastic campaign of reissues and essential historical releases). We should all be grateful. The twilight of Dylan’s career – beginning with his landmark 1997 album Time Out of Mind – has been an almost unabated series of triumphs, and Shadows in the Night is another crucial addition to Dylan’s immense and peerless body of recorded work.

His last album, 2012’s Tempest, is a dark, brooding masterpiece, laden with violent imagery and tales of heartbreak, malevolence and woe. Although Dylan’s voice on Tempest is admittedly rough, cracked with age and decades of touring, he proved himself still capable of remarkable nuance and expression. The great puzzlement is what happened to his voice in the ensuing three years that brings us to his latest release. The harsh rasp familiar to fans from his recent recorded output and live performances is nowhere to be found. Instead, his vocals are rich and full, exhibiting surprising depth and range. Perhaps it’s just a matter of Dylan using his voice to suit the material. On savage diatribes like “Early Roman Kings” and “Pay in Blood” from Tempest, his menacing growl only adds to the drama and power. On the haunted torch songs he revisits on Shadows in the Night, he rises to the occasion and delivers performances that are deeply felt, shaded with longing, regret, heartbreaking loss, or wistful romance. The quality of his voice is startling, unexpected, and unlike anything he’s delivered in many years.

Shadows in the Night isn’t a tossed-off oldies collection thrown together just to have product to sell, or for nostalgia’s sake. Dylan inhabits these classics completely, utterly convincing at every moment. The performances and production are spare and warm: just Dylan with his five-piece band, unobtrusive percussion, and the occasional swell and glowing beauty of a subtle horn arrangement. Dylan treats these timeless pieces of musical history with deep reverence. On Shadows in the Night, he strips away the artifice and mania of the modern world and gets to the very heart and soul of human emotion.

All of the songs Dylan chose were at one time recorded by Frank Sinatra, but Shadows in the Night isn’t necessarily an homage to Ol’ Blue Eyes. These standards have all been recorded numerous times by a wide range of artists spanning decades. Dylan opens the album with a soul-rending take on “I’m a Fool to Want You,” a song that is perhaps best-known by Billie Holiday as the lead track of her seminal classic Lady in Satin. Recorded and released in 1958, it was Holiday’s final album before her tragic death in July, 1959 at the age of 44. As she approached the end of her career, Holiday’s voice had become a shell of its former glory, ravaged by years of heavy drug and alcohol abuse, illness, and countless nights on stage, but she still managed to convey a haunting, desperate beauty and a painful yearning… and Dylan does the same. Dylan is second to no one in his ability to convey emotion and feeling through his vocal phrasing, a technique that Holiday also used when her voice was similarly no longer capable of reaching its previous range. Dylan’s “I’m a Fool to Want You” is no less a bullet to the heart than Holiday’s. It’s a magnificent opening for Shadows in the Night, perhaps the album’s finest moment.

The rest of Shadows in the Night stays within the same somber territory. “The Night We Called It a Day” is a mournful jazz number of lost love that was written the year Dylan was born. His version is forlorn and steeped in regret. The spiritual “Stay with Me,” written by Jerome Moss and Carolyn Leigh for the 1963 film The Cardinal, is a lesser-known track that Dylan excavates and infuses with humility and earnest pleas for God not to abandon him as he strays from the path of righteousness. Dylan has, of course, written spirituals of his own (especially on the Slow Train Coming, Saved, and Shot of Love trilogy from ’79 to ’81), and as with originals such as “Every Grain of Sand,” Dylan’s take on “Stay with Me” exudes an obviously deeply-felt sincerity.

The moving “Autumn Leaves” is a French standard written in the mid-‘40s that has been recorded by artists as diverse as Nat King Cole, Edith Piaf, Eva Cassidy, Iggy Pop, Eric Clapton and many others. Dylan’s version, with ghostly lines of steel guitar played by the enormously talented Donnie Herron, is a hauntingly beautiful and devastating expression of loss. “Why Try to Change Me Now?” was written by multiple Tony Award winning composer Cy Coleman and lyricist Joseph McCarthy as a sardonic riposte for Frank Sinatra’s 1959 album No One Cares, as Sinatra’s record label tried to mold his style to be more in line with current trends. In the context of his long career the song is a natural for Dylan; his take on it is gentle, lovely and melancholy.

“Some Enchanted Evening” is one of the most popular songs in American history, a Rodgers and Hammerstein composition for their 1949 musical South Pacific. It has been recorded by dozens of established artists over the decades. Dylan’s version is languid, romantic, and bittersweet. He sings the repeated final lyric, “Once you have found her, never let her go” with a palpable sense of regret and longing. “Full Moon and Empty Arms” is another standard from the ‘40s. Co-written by famed songwriter Buddy Kaye, it was a Top 20 hit for Frank Sinatra in 1946. Dylan’s version is quiet and sublime, highlighted by shimmering slide guitar and another heartfelt vocal imbued with romantic pining.

“Where are You?” is the second oldest song on Shadows in the Night, written in 1937 for Universal’s comic musical Top of the Town starring Doris Nolan, George Murphy and Gertrude Niesen. Dylan’s recording begins with a beautifully ethereal guitar pattern, and settles into a languid and soft expression of tortured love in which Dylan sounds tired and despondent; it has the vibe of someone who has given up. He may still ask the question “Where are You?” but he may as well be talking to the moon; he knows no answer will be forthcoming. He mines similar ground on Irving Berlin’s 1923 classic “What’ll I Do,” the oldest song on the album and one that has been recorded innumerable times by artists in every conceivable musical field. Dylan’s version stays within the formula that makes Shadows in the Night such a cohesive, albeit downbeat, record. He muses to himself how he’ll go forward without his love, singing dejectedly “What’ll I do with just a photograph to tell my troubles to?”

The heartsick mood on Shadows in the Night never abates. The final statement is “Lucky Old Sun,” a 1949 song popularized by Frankie Laine. It’s a contemplation of an uncaring universe in the face of human suffering, and ultimately a beseeching for God to rescue him from his toils and pain by lifting him up to heaven. The album ends with these words, Dylan singing passionately at the very limit of his range: “Send down that cloud with a silver lining, life me to Paradise. Show me that river, take me across, wash all my troubles away. Like that lucky old sun, give me nothing to do, but roll around heaven all day.”

There is no question that Shadows in the Night is relentlessly morose; if you’re looking for something chipper, seek relief elsewhere. Whereas Tempest was equally dark but full of fire and brimstone, Shadows in the Night captures a sense of weary hopelessness in a world ridden with loss and pain. These are songs that require a gravitas and a keen understanding of their very essence to pull off convincingly; otherwise it can sound like cheap karaoke. Dylan is a master interpreter, and he owns these songs as if he had written them. He doesn’t hide behind his usual nimble wordplay, arresting imagery and obscure folklore references. Here his heart and soul is laid bare, every stark moment breathtaking with raw emotional power that is vivid, dignified and poignant.

Shadows in the Night is an unflinchingly honest portrayal of human frailty; it’s an excavation into dark recesses of the human psyche that we instinctively protect. It’s an alchemy that spans many decades. These words and melodies first emerged two generations ago. All of the songwriters are long gone, but their words and music, in the hands of a master, resonate now as strongly as they did when they were first performed. In one of his greatest recordings, 2001’s “Mississippi,” Dylan sings ruefully, “Say anything you wanna, I have heard it all.” That wisdom, experience and the inevitable torment comes through loud and clear in every line of every song on Shadows in the Night.

Fifty-three years since his debut album, Bob Dylan continues to inspire, surprise and amaze. He exists in a plane outside of time. It’s impossible to even try and define him. Dylan is a musical encyclopedia; over the decades he’s touched on countless different styles and genres, incorporating them into own work as he sees fit. Dylan is not a young man, and every album could be his last – just as every time each of us goes to sleep, kisses our loved ones, or feels love and pain, could be our last. Shadows in the Night is a reminder to hold close what is dear to you, because it could all be gone in an instant. It’s an album that Dylan has been hurtling towards his entire career. Turn off the smart-phones and tablets, dim the lights, and hold your loved one tight. Sit back and let these Shadows in the Night descend upon you in all their somber glory; experience the depth of human feeling that can still be expressed in music at its finest.