The community mourns a sudden loss

By John Riley on February 26, 2015 @JohnAndresRiley 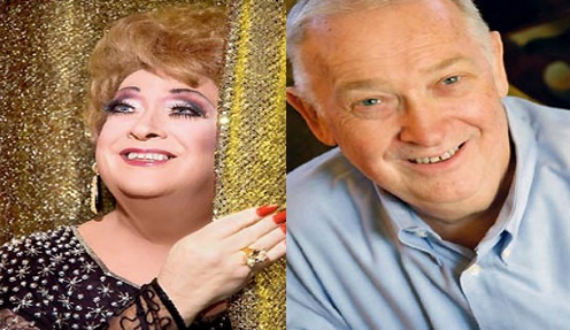 Washington, D.C.’s LGBT community, and in particular its drag subset, lost a larger-than-life personality and one if its most influential figures when Carl Rizzi, better known by his drag persona Mame Dennis, passed away at an Alexandria hospital on Monday, Feb. 23.

Rizzi, 74, had been hospitalized for two weeks prior to his death for complications arising from a urinary tract infection. Longtime friend and fellow drag performer Frank Taylor said Rizzi had gone to visit his doctor on Feb. 9, at which point he was ordered into the hospital to better treat the infection.

Taylor first met Rizzi in 1986 when he jointed The Academy, a conglomeration of three former drag organizations — the Oscars, Beekman Place and Henry Street. The Academy became a social organization where people could learn how to perfect their drag personas, while also serving as an outlet for LGBT people during a time when being openly gay in public life was less common than it is today. For 42 years, Rizzi oversaw The Academy’s operations and events, with the express goal in mind of offering young LGBT people interested in drag a welcoming place.

“Carl’s main purpose was to foster the art of drag,” Taylor recalls. Under Rizzi’s leadership, The Academy incorporated two major pageants, Miss Gaye Universe DC and Miss Gaye America DC, using proceeds and prizes to support local institutions and charities such as the former Whitman-Walker Clinic, Brother, Help Thyself and Rainbow History Project. The Academy also provided support for members through the Helping Our Own People (HOOP) Awards during the height of the HIV/AIDS epidemic of the 1980s and early 1990s.

“It was pretty much him who kept The Academy going,” says Taylor. “He was its guiding force, its lifeblood.”

Rob Amos, also known as Veronica Blake, who first met Rizzi in the early 1980s, recalls Rizzi’s mentorship of younger performers as being one of his biggest impacts on the community. While Academy shows were often well-scripted, Rizzi insisted that they always be open to newer performers and encouraged The Academy’s system of “drag family members” — fathers, mothers, grandmothers — to teach newer performers how to perfect their craft.

Amos recalls Rizzi as extremely friendly, with networks of contacts across the country, making him more than just a local drag scene fixture. Rizzi was also known for his strong opinions and his take-no-prisoners approach to dealing with those who might try to deceive him.

“He didn’t suffer fools,” Amos says. “He knew when you were telling him a story. He knew when you were telling him the truth. I remember he’d get a twinkle in his eye when somebody was trying to pull the wool over his eyes. And he’s just keep it in the back of his mind and use it later when figuring out how to deal with someone. He was honest and straightforward. He was the ‘ruler’ of The Academy, and things got done the way he wanted.”

“People think nothing of doing drag today,” Amos says. “He was at the forefront of changing the culture to be more accepting.”

Donnell Robinson, well known in the area by his stage name Ella Fitzgerald, was friends with Rizzi for 40 years. It was Rizzi who took Robinson under his wing and gave the young performer his first drag persona. In 1976, Robinson joined The Academy, becoming one of its earliest African-American drag queens. Robinson remembers Rizzi as kind-hearted and compassionate.

“He was a fun-loving man,” Robinson says, “and he always emphasized being professional.”

Robinson is still coming to grips with Rizzi’s death, which took him by surprise.

“I’m still in shock,” Robinson says. “I just saw him at Christmas. We’d always get together and exchange gifts. I was supposed to see him a few weeks ago, in January, for what was my 60th birthday, but he couldn’t come. And then a few weeks later, he was in the hospital.”

Robinson says that imagining the drag scene without Mame will be difficult, but he also wants to honor his friend, who always stressed the importance of perfecting their shared craft.

“I was driving on my way to work, and I heard a song on the radio that reminded me of him,” Robinson says. “I’m scheduled to do the Miss Universe Pageant at Town in a few weeks. It’s going to be tough. It’s hard not to get teary and choked up. But he would want us to carry on.”