By John Riley on February 26, 2015 @JohnAndresRiley 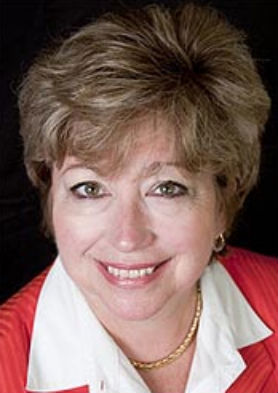 Following two hearings earlier this month, advocates for gestational surrogacy are continuing their push for two bills that set forth standards for gestational carrier agreements, hoping to sway reticent or cautious legislators to their side.

The House and Senate versions of the Collaborative Reproduction Act — sponsored by Del. Kathleen Dumais (D-Montgomery Co.) and Sen. Delores Kelley (D-Baltimore Co.) — both attempt to set forth guidelines for who can be a gestational carrier, meaning a person who carries a pregnancy to term but who is not genetically or biologically related to the child being born. Both bills define requirements for who can serve as a gestational carrier, and put in place a number of safeguards, including mental health screenings for the carrier, her partner or spouse, and the intended parents, and a provision requiring each party to get separate legal representation that will represent their best interests.

There are no guidelines governing gestational surrogacy under current Maryland law, although the practice was implicitly approved by the courts in a 2003 case where the Maryland Court of Appeals overruled a lower court decision refusing to allow a gestational carrier to remove her name as the mother from a birth certificate. Maryland still presumes that the gestational carrier is the mother, but that presumption can be rebutted.

The measures were heard in the House of Delegates’ Judiciary Committee on Feb. 12 and the Senate Judicial Proceedings Committee on Feb. 18. Throughout the House hearing, advocates for collaborative reproduction — including lawyers who work with gestational carriers, reproductive specialists and mental health professionals — testified on behalf of the bill, educating lawmakers about the technical aspects of the topic. But many lawmakers seemed to lack an understanding of the bill, or posed questions that appeared to be aimed at derailing the measure in order to curry favor with socially conservative groups who oppose the concept of surrogacy in any form.

Several delegates repeatedly expressed concerns over the possible exploitation of gestational carriers under such agreements, but Dumais repeatedly reiterated that such exploitation would be prevented by setting up standards and model framework for agreements between intended parents and gestational surrogates. Because Maryland lacks any statute governing the matter, lawyers and medical professionals who work with gestational carriers have no binding legal requirements placed on them, although many adhere to best practices and professional standards as set forth by groups like the American Society for Reproductive Medicine.

Advocates pointed out that even if the bill were not to pass, gestational surrogacy has been — and will continue to be — practiced.

The biggest sticking points in the deliberations over collaborative reproduction are several amendments added to a similar bill last year. One such amendment was so burdensome and egregious, it prompted Dumais to pull the bill. That amendment would have required a court to approve a gestational carrier agreement beforehand, which Dumais objected to because approving such a provision would have made Maryland the only state to require a court to approve a contract prior to the parties entering into it. Other amendments  attached to last year’s Senate bill deal with provisions on abortion or liabilities.

As the House hearing progressed, it became obvious that some delegates were opposed to the bill, concocting a variety of scenarios where something could go wrong or where there was a disagreement between the intended parents and the gestational carrier, even though both House and Senate versions set up provisions that require all parties to undergo mental screening and meet prior to any implantation of a fertilized egg to discuss what the expectations of those involved are. Delegates who have previously sided with the Catholic Conference in their opposition to social issues such as abortion and marriage equality raised a myriad of objections, peppering witnesses speaking in favor of collaborative reproduction with questions ranging from issues like determining parentage to which party would bear the medical costs associated with the pregnancy, even raising the specter that insurance companies might one day refuse to cover such procedures.

Opponents frequently sought to conflate the issue of gestational surrogacy with traditional surrogacy, where the carrier has a biological link to the child, or with egg donation. Some even seemed unfamiliar with the concept of surrogacy in general. Still others objected to a provision in the bill that would list the intended parents as the child’s parents on the birth certificate. At one point, Delegates Susan McComas (R-Harford Co.) and Geraldine Valentino-Smith (D-Prince George’s Co.) even alleged that Shady Grove Fertility Center, one of the leaders in gestational surrogacy was coercing or trying to lure women with the promise of money for serving as a gestational carrier on its website, something later proven to be false by freshman Del. Vanessa Atterbeary (D-Howard Co.).

Conservative-leaning members also raised the issue of abortion or selective reduction, which can sometimes happen when a woman is implanted with one or two eggs via in vitro fertilization. Although lawyers and medical professionals who work with gestational carriers noted that a match would not be made if the carrier and intended parents did not agree on what to do in a variety of scenarios, other witnesses, including the Catholic Conference and Maryland Right to Life, insisted that the law, as written, has too many loopholes that can lead to the exploitation of women serving as gestational carriers. Andrea Garvey, testifying on behalf of the Maryland Catholic Conference, even alleged that the bill would do nothing to prevent child trafficking or the targeting of financially vulnerable young women to serve as gestational surrogates, leading to a heated exchange with Dumais, particularly after she accused Dumais of being unwilling to listen to their concerns. Garvey insisted that several amendments, including the ones passed by the Senate last year, be added to the bill.

The Senate hearing, by contrast, was more low-key. Since the committee had previously voted to pass similar bills during the past three legislative sessions, there were fewer witnesses and many fewer questions asked by senators. At that hearing, supporters of the measure did note that, despite claims from the Catholic Conference that they did not outright oppose the bill, the Vatican has generally opposed any and all forms of assisted reproduction such as in vitro fertilization, the only method by which gestational surrogacy may occur.

Even though gestational surrogacy is commonly practiced in the state of Maryland, getting lawmakers to pass legislation could be an uphill battle. The goal of advocates is to pass a bill that hasn’t been significantly altered by “compromise” amendments so as to be unsalvageable, as was the case with last year’s Senate bill. The trick will be for those supporting collaborative reproduction to convince lawmakers that the bill will implement the necessary safeguards to protect all parties involved, rather than unleashing a Pandora’s box of social ills.

Dumais, as the chief House sponsor, said she will be sending around a memo to her fellow committee members and her Senate counterparts that outlines what sort of amendments would be acceptable and which would be considered “poison pills” that would doom the fate of the collaborative reproduction measures. She said she already has an opinion from former Attorney Doug Gansler (D) supporting the framework for gestational carrier agreements, and will seek a similar opinion from the office of current Attorney General Brian Frosh (D).

“The provision that would require judicial review by a circuit court judge, which was one of the amendments to the Senate bill last year, truly is a poison pill,” Dumais told Metro Weekly. She noted that only one state — Virginia — has a statute where a court may sign off on the gestational carrier agreement prior to the parties entering into the agreement, but it also contains an option to “opt out” of or circumvent that part of the process, which is almost always utilized in cases of gestational surrogacy.

Dumais said another “non-starter” amendment was a proposal to force the state Department of Health to create a registry of surrogacy agencies, which was also slipped into the Senate bill last year as a “compromise” to conservative lawmakers without any debate in either chamber, or without hearing any testimony in favor or against creating a registry.

“A number of lawmakers seemed concerned about the way in which gestational carriers are recruited,” Dumais said. “But that’s an entirely different issue. If you hate surrogacy agencies, put it in a separate bill.” 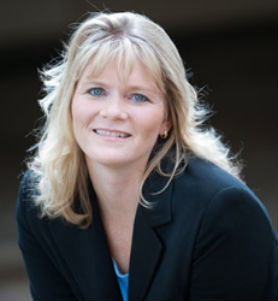 Dumais will also offer suggestions for friendly amendments that could generate support for the bill without changing its overall intent, including a provision, desired by Maryland Right to Life, that specifically states that intended parents cannot force a gestational carrier to have an abortion against her will, even if they wish to withdraw from the agreement, something that Dumais called “fine and completely appropriate.” She expressed support for a tighter and revised definition of what constitutes “reasonable medical and ancillary expenses” that must be covered by the intended parents.

Jennifer Fairfax, an attorney specializing in reproductive law testified in favor of the House bill and took an optimistic view of the hearings and promised to work with Dumais and other lawmakers to craft appropriate amendments that will make the bill’s passage possible.

“I was actually pleased that the delegates were asking questions, and trying to figure out what is going on with the bill,” she says. “I think it also informed us, as supporters of the bill, what they’re looking for and what friendly amendments we can make to get support for the bill. The hearing, at least to me, demonstrated that we need to get more information to the General Assembly. We need to show that this is all about protecting children born through gestational surrogacy.”

Fairfax also noted that the bill’s length, breadth and its very scientific and highly detailed terminology, as well as the fact that it delves into a niche area of law that is not familiar to most people, could have added to some confusion on the part of lawmakers.

“This is creating an entire new law, from soup to nuts,” she says. “It’s a good bill. It’s meant to protect kids, and I’m really optimistic that the legislature will pass it this year.”