By John Riley on February 12, 2015 @JohnAndresRiley 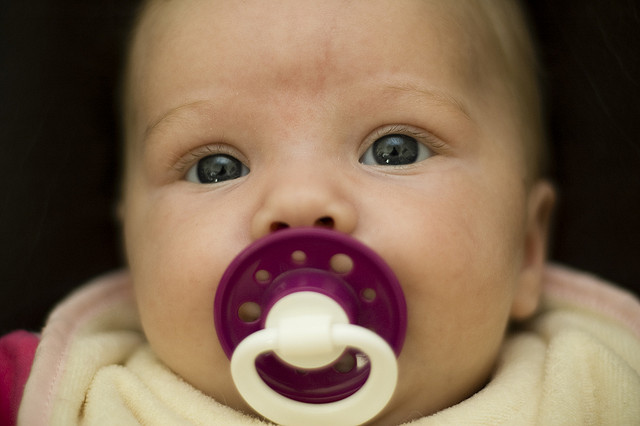 Children are a blessing, or so the saying goes. However, for many local same-sex couples, as well as some of their heterosexual counterparts, conceiving biologically isn’t an option. Besides adoption, a couple may look to a surrogate to help carry a child to term, but local laws — at times outdated and out-of-step with advances in reproductive technology — can be another hurdle to overcome for prospective parents.

There are two types of surrogacy: gestational, where the woman carrying the fetus has no biological relation to it, and traditional surrogacy, where the woman carrying the fetus donates the egg used to conceive and is the biological mother of the child. Most family law practices, particularly those where biological parents would want a “pre-birth order” — which establishes that the “intended parents,” or those seeking out the surrogate, will be recognized as legal parents — deal with gestational surrogacy.

Although Virginia is considered friendlier to surrogacy, the Code of Virginia defines “intended parents” as “a man and a woman, married to each other,” preventing same-sex couples — even those now legally married — from being jointly recognized as parents. For heterosexual couples, Virginia’s law also limits any compensation given to a surrogate to be limited to medical or ancillary expenses, and the surrogate is recognized as the child’s mother for the first 72 hours after birth — even if she is not biologically related to the child — until she signs away her parental rights.

In Maryland, there is currently no statute governing gestational surrogacy, although the practice was implicitly approved by the courts in a 2003 case known as In re Roberto d.B. There, the Maryland Court of Appeals ruled that a trial court had erred when it refused to allow a gestational carrier to remove her name as the mother from a birth certificate, even though there was no underlying statute. As a result, even though Maryland — as well as most other states — currently assumes that the gestational carrier is the mother, that presumption can be rebutted, according to Jennifer Fairfax, a reproductive attorney with Family Formation Law Offices in Silver Spring, who works with gestational surrogates.

Given the hodgepodge of laws within each state governing surrogacy agreements, local legislators have attempted to resolve the issue or clarify the law’s stance. In Maryland, where there is currently no statute, Del. Kathleen Dumais (D-Montgomery Co.) and Sen. Delores Kelley (D-Baltimore Co.) have separately introduced bills that seek to establish parentage of the child being born of a gestational surrogate. Fairfax will be testifying in favor of Dumais’s bill at a Feb. 12 hearing, and a similar hearing on Kelley’s bill will be held the following week, on Wednesday, Feb. 18.

“I love when people tell my clients that they’re being exploited. Most of my clients feel empowered, and have really strong feelings about acting as surrogates.”

In Virginia, a bill patroned by Sen. Adam Ebbin (D-Alexandria, Arlington, Belle Haven) that would remove gender-specific references in the Code of Virginia, putting same-sex couples on par with heterosexual parents in terms of how the law recognizes their relationship to the child. Ebbin’s bill passed the Senate last week by a 20-18 vote, but, unfortunately, is likely to be killed in the House of Delegates, which tabled a similar bill patroned by Del. Marcus Simon (D-Falls Church, Merrifield, Pimmit Hills) and a bill proposed by Del. Rip Sullivan (D-McLean, Arlington) that simply asked for a study of what the potential effect of amending the Code of Virginia to eliminate such gender-specific references would be.

In the District, the D.C. Council co-introduced the “Collaborative Reproduction Amendment Act of 2015,” which seeks to legalize both traditional and gestational surrogacy. A similar bill was introduced in 2013 by then-Councilmember Tommy Wells, who, as chair of the Committee on the Judiciary and Public Safety, held a hearing where the public and interested organizations could testify in favor or against the bill. While most witnesses were supportive of the bill, it encountered opposition from groups claiming to be concerned about the exploitation of women serving as surrogates. Following that hearing, the bill was never acted upon, though not for lack of support from councilmembers.

The current legislation, as drafted, would treat gestational and traditional surrogates the same under the law, something that Fairfax has said she has raised with the staff of Councilmember Kenyan McDuffie (D-Ward 5), the new chair of the Committee on the Judiciary.

“You can’t have a pre-birth order for traditional surrogacy,” Fairfax says, noting that there is a biological link between the carrier and child where the surrogate would have to waive her parental rights. “You have to treat it differently from gestational surrogacy.”

If the Council makes the appropriate changes, Fairfax expects to testify in favor of the bill when a hearing is held later this year. If sufficient changes are not made regarding laws governing traditional surrogacy, she says she’ll testify against it.

Both McDuffie, as chair of the committee that will hear the bill, and Councilmember Charles Allen (D-Ward 6), the original sponsor and a former employee of Wells when he was the Ward 6 councilmember, issued statements indicating that the legislation was being revised to incorporate such fixes.

“As Chair of the Committee on the Judiciary, I am closely examining the content of the legislation with my staff and key advocates to ensure all parties are properly protected by the bill’s language and guidelines,” McDuffie said.

“I’m pleased that the version of the Collaborative Reproduction Act introduced this year incorporates a lot of feedback and recommendations from a variety of stakeholders, but still follows the same inclusive framework to reform an outdated law into something that respects all families in the District of Columbia,” Allen added.

At the 2013 hearing, some of those who testified were women who objected to the bill, claiming that it somehow would lead to the exploitation of women who sign on as surrogates — a presumption that Fairfax rejects completely.

“I represent gestational carriers,” she says. “I love when people tell my clients that they’re being exploited. Most of my clients feel empowered, and have really strong feelings about acting as surrogates. They’re not being tracked down and forced to do it.”

Fairfax says that the process of becoming a gestational carrier is complex, highly specific and deals with a variety of “what-ifs.”

“We look at every single possible outcome,” she says. “What happens with health coverage, with life insurance, and what happens if, god forbid, the woman ends up on life support, what happens to the baby…the contracts are often 50 to 75 pages.”

Fairfax also notes that many of her clients return to serve as surrogates for other couples. She adds that the requirements placed on surrogates — that they be over 21 years of age, have already given birth, and not be receiving any government assistance — rebut myths that surrogacy will only exploit poor young women who have no other means of survival.

“Most of the women who do this don’t need the money,” Fairfax says. “It’s nice to have the money, but that’s not why they do it. They’ve educated themselves about this. Many of them are married and already have children of their own. It goes against any argument that you’re taking advantage of these women.”