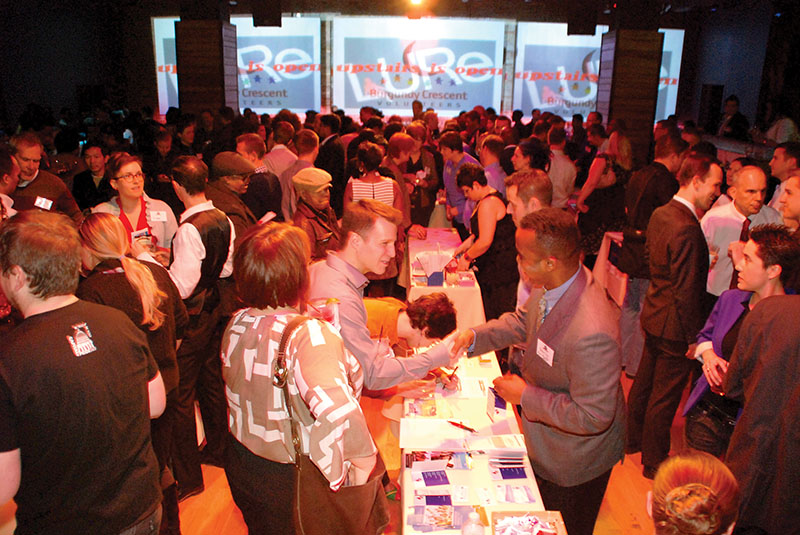 It’s all about compatibility.

That’s the chief criterion that the Capital Area Gay and Lesbian Chamber of Commerce (CAGLCC), the local LGBT business group for the D.C. area, will be considering when choosing a new executive director.

“We’re going through a period of growth and change,” says CAGLCC President and Board Member John Quattlebaum. “We don’t want just to quickly replace our executive director. We’re crafting a strategic plan for the organization, about what we want to do and where we want to be in the future. We want to make sure we hire someone who meets that criteria.”

The organization will establish a search committee to decide on an executive director to replace Mark Guenther, who left in January after heading the organization for five years. But first on Quattlebaum’s agenda is hiring administrative staff to help ease his work load. He works full-time as a wealth planning strategist with Wells Fargo, so Quattlebaum has found himself stretched thin when it comes to meeting the needs of a business group with more than 430 dues-paying members.

Hiring a new executive director isn’t the only thing on CAGLCC’s agenda for 2015. Quattlebaum would like to see the group become more involved with initiatives promoted by the national Gay and Lesbian Chamber of Commerce, such as national certification for gay-owned businesses and supplier diversity, as well as establish a greater presence locally, not just in the District but the greater Washington metropolitan area, hopefully extending well into the surrounding suburbs.

“We want to encourage our members to get involved through volunteering, increasing our exposure,” he says. “We want to diversify the types of events we offer to our members.”

CAGLCC already has the market cornered when it comes to establishing connections between its members or chances for them to find vendors, suppliers or potential partners for their businesses, with monthly wine-and-cheese-type gatherings on the second Thursday of each month, and a women-specific event on the third Wednesday of each month. But the Chamber’s upcoming Mega Networking & Social Event is expected to dwarf both of those events. Quattlebaum anticipates up to to 1,500 attendees, who will take over Town Danceboutique for two hours on Wednesday, March 25. Admission is free, but there will be a cash bar.

“We hope people use this to help recruit vendors, connect with customers, or just make new acquaintances with other business leaders,” Quattlebaum says.

CAGLCC also hosts quarterly events, the next one in April focusing on smart networking and utilizing social media or electronic communication to help boost business. There are also plans in the works for a panel discussion and question-and-answer session on supplier certification, a May roundtable on LGBT youth certification, and the chamber’s annual Pridelicious celebration, which brainstorms and organizes a contingent of area business leaders and company representatives to march in the Capital Pride parade and set up a booth at the Capital Pride street festival.

CAGLCC’s Mega Networking and Social Event will be on Wednesday, March 25 at Town Danceboutique from 6:30 to 8:30 p.m. For more information, visit caglcc.org.

John Riley is the local news reporter for Metro Weekly. He can be reached at jriley@metroweekly.com
← Previous Story Embracing Equality
Next Story → Getting to Know You: CAGLCC’s Mega Networking Event at Town