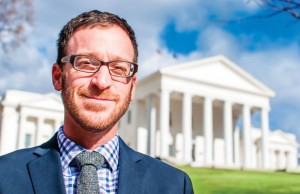 Equality Virginia, the commonwealth’s top LGBT rights organization, is gearing up for its its annual celebration and fundraiser, slated to be held on Saturday, April 18 at the Greater Richmond Convention Center.

This year’s Commonwealth Dinner, which is black-tie optional and also includes a VIP reception, silent auction, cash bar, raffle and post-dinner dance, will mark the nearly 7-month anniversary of marriage equality in the commonwealth, when Virginia became the first southern state to allow same-sex couples to marry. Among the guests at the dinner will be major LGBT activists, the four plaintiff couples in the cases that initially challenged Virginia’s now-defunct constitutional ban on same-sex marriage, and several pro-LGBT legislators and statewide officeholders.

“This is the time to recognize the work that so many Virginians have put into this fight for decades, some of whom never got to see this day,” James Parrish, Equality Virginia’s executive director, said in a statement. “We will honor everybody’s hard work and celebrate this important time in history by throwing one big wedding reception for Virginia.”

“One of the reasons we are able to celebrate the freedom to marry at this year’s Commonwealth Dinner is in part because of the contributions of our 2015 OUTstanding Virginians,” Parrish said. “We are pleased to recognize the 2015 class of OUTstanding Virginians for everything they have done to make Virginia a more welcoming and inclusive place to live.”

This year’s OUTstanding Virginians are: Keri Abrams, a mechanic and spokeswoman for Virginia’s transgender community who is involved with the James River Transgender Society; Claire Guthrie Gastañaga, the executive director of the ACLU of Virginia and a longtime equality advocate; William C. Hall, Jr., a Richmond businessman and past board chair of Equality Virginia; and Rodney Lofton, a Richmond-based author and healthcare activist who leads the Renewal Projects, an organization offering retreats for people with HIV/AIDS, and who has also worked to address racial disparities in HIV/AIDS awareness and access to healthcare and prevention services. Other OUTstanding Virginians include Paula Prettyman and Kelly Schlageter, the organizers and co-founders of Equality Fairfax, who are also involved with People of Faith for Equality in Virginia (POFEV); Todd Rosenlieb, a Norfolk-based choreographer, educator and mentor; and Mothers and Others of Virginia, an alliance of family members, friends and fellow Virginians who support LGBT equality and have been involved with efforts to lobby on behalf of pro-LGBT legislation in Richmond.