“What SB 129 will really do is institutionalize the hate some people hold in their hearts against other people. It will turn back the clock on the progress we have made — not only in the fight against HIV, but also in the struggle for a more equal and just society.” 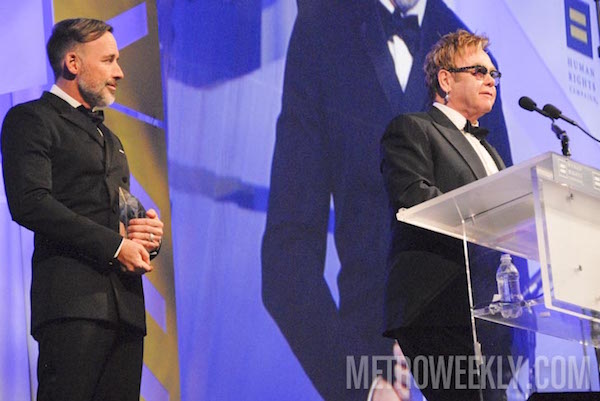 — Elton John, voicing his opposition to a religious freedom bill currently before the Georgia Legislature in an op/ed published by The Atlanta Journal Constitution. The English pop star, LGBT-rights activist and Atlanta resident wrote the bill “is a wolf in sheep’s clothing” and would turn back the clock in the fight for an AIDS-free generation if it were to become law.

“On its surface, Senate Bill 129 — a bill under consideration in the Georgia Legislature known as the Religious Freedom Restoration Act— claims to protect religious freedom and encourage tolerance,” John wrote. “In reality, it encourages the same discrimination that’s haunted the South for too long.”

The bill was approved by the Georgia Senate 37-15 last week and is awaiting a vote by the Georgia House of Representatives. It has faced opposition from LGBT-rights groups, as well as the state’s former Republican attorney general, Mike Bowers.