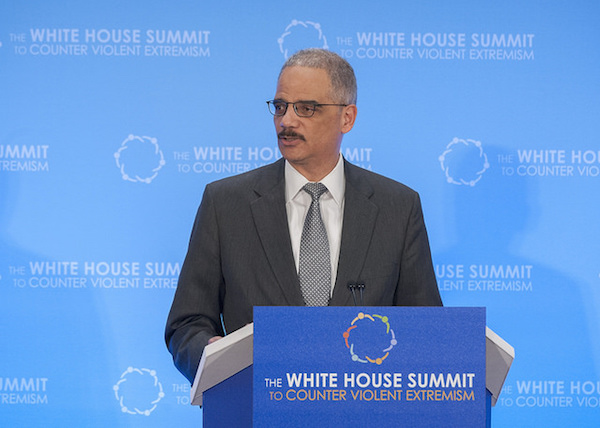 Attorney General Eric Holder has tapped Ben Mizer to be the next head of the Justice Department’s Civil Division, setting the stage for Mizer to become the second most senior openly gay official at the Department of Justice.

“Ben Mizer’s unassailable integrity, sound judgment and steadfast commitment to the mission of this department are just a few of the reasons he’s been chosen to serve as the new Principal Deputy Assistant Attorney General and Acting Assistant Attorney General for the Civil Division – a critical and demanding post, and one in which he will undoubtedly thrive,” Holder said in a statement. “Ben’s work here in Washington and as Solicitor General for the state of Ohio has put him in some of the most challenging and demanding positions a lawyer can encounter. But in every instance, Ben has repeatedly demonstrated that he is both a gifted lawyer and a capable leader. I am confident that his stewardship of the Civil Division will build on the exceptional record he has already established – and reflect the high ideals that have animated him from the very beginning of his career.”

Mizer comes to the new role after serving as a senior advisor to Holder on matters related to constitutional law, national security, civil rights, civil litigation, antitrust law and the Supreme Court. Before that, he served as deputy assistant attorney general in the Office of Legal Counsel and as Ohio’s solicitor general, a role in which he argued before the Supreme Court three times.

The 38-year-old Mizer is one of more than a dozen out gay lawyers Holder and the Obama administration have appointed to senior position at the Justice Department, according to the Gay & Lesbian Victory Fund.  Acting Associate Attorney General Stuart Delery, the third highest ranking official at the Justice Department, is the highest ranking openly gay official at the department.

“Ben has repeatedly demonstrated that he is both a gifted lawyer and a capable leader. I am confident that his stewardship of the Civil Division will build on the exceptional record he has already established.”

“I am indebted to Stuart Delery and Joyce Branda for their recent stewardship of the Civil Division,” Mizer said in a statement. “Both are exceptional public servants and even better people, and I am honored to be joining a Division that is stronger than ever because of their leadership.”

The announcement comes the same day Holder announced in a column published by USA Today that later this week the Justice Department will file a brief with the Supreme Court arguing state bans on same-sex marriage violate the constitutional guarantee of equal protection.

“Nothing justifies excluding same-sex couples from the institution of marriage,” Holder wrote. “Denying them the right to marry serves only to demean them and their children, to degrade the dignity of their families and to deny them the full, free and equal participation in American life to which every citizen is entitled.”

Holder’s successor, Loretta Lynch, is awaiting confirmation by the Senate.