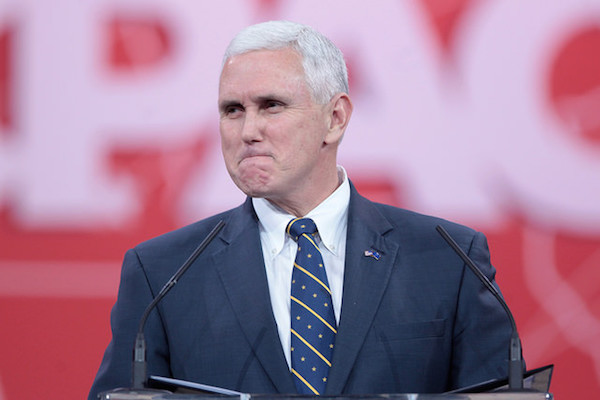 Indiana Gov. Mike Pence (R) is calling for a legislative “fix” to a controversial religious liberty law that has sparked national outcry.

During a Tuesday press conference, Pence said he has been working with lawmakers “literally around the clock” for the past several days to make clear the new Indiana law does not permit discrimination against LGBT people.

“Clearly, clearly there’s been misunderstanding and confusion and mischaracterization and I come before you today to say how we’re going to address that,” Pence said, who signed the bill into law on Thursday. “Was I expecting this kind of backlash? Heavens, no!”

Pence called on the general assembly to move legislation and have a bill on his desk by the end of this week clarifying the new law does not give businesses the right to deny services to gay people.

“I don’t believe for a minute that it was the intention of the general assembly to create a right to discriminate and it certainly wasn’t my intent,” Pence said. “I don’t support discrimination against gays or lesbians or anyone else. I abhor discrimination.”

Indiana has faced mounting backlash since the bill was signed last week from across corporate America and the political spectrum. On Monday, even Connecticut joined the boycott by prohibiting state-funded travel to Indiana. Pence, however, said he has taken offense to that backlash, telling reporters it has stemmed entirely from mischaracterizations by opponents of the law and “sloppy reporting” by the national press. “This law has been smeared,” he said, blaming a perception problem that has taken hold across the country that he has found “deeply offensive.”

Nevertheless, Pence would not give a direct answer to repeated questions on whether the new law would allow business owners who provide services to weddings, such as florists, bakers and photographers, to refuse service to same-sex couples on the basis of their religious beliefs. Pence insisted the bill was more a product of the Supreme Court’s decision in the Hobby Lobby case, in which the justices found some religious employers can refuse to pay for insurance coverage of contraception under the federal Religious Freedom Restoration Act, rather than the arrival of marriage equality in Indiana last year.

But while Pence has proposed a “fix” to the law — the language of which has not yet been revealed — it is unlikely to quell all of those who have criticized the bill. Indiana’s religious freedom law is far broader than those on the books in other states. And unlike the federal Religious Freedom Restoration Act signed by President Bill Clinton in 1993, which Pence cited numerous times during his press conference, the Indiana law is explicit in allowing individuals to cite the state law in private lawsuits where the government is not party to the case. Moreover, Indiana has no statewide LGBT nondiscrimination protections. Many LGBT-rights advocates have insisted the only viable fix to the bill, other than full repeal, is for Indiana to adopt nondiscrimination protections for LGBT people.

Asked if he would sign into law such protections if they reached his desk, Pence demurred. And while repeating that he abhors discrimination, Pence said he has never supported nondiscrimination protections for LGBT people, that it is not on his agenda and that he believes it is a completely separate question from the religious liberty issue.