By John Riley on March 4, 2015 @JohnAndresRiley 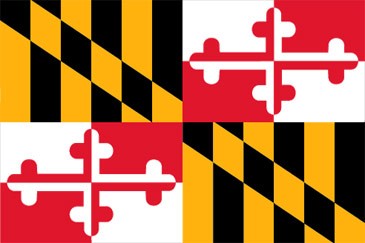 Maryland already enjoys marriage equality and is one of a minority of states with legal protections for transgender people.

For lawmakers, however, that’s not enough. Annapolis will consider a trio of bills during the month of March that could prove beneficial to LGBT families or individuals, which will effectively “clean up” Maryland’s statutes regarding same-sex parenting or gender identity to better reflect the state’s existing laws.

The first bill, known as the De Facto Parent Law, would authorize a court to determine whether an individual has been acting as a caregiver to the child in question and is thus the de facto parent. The bill would require a judge to issue, in writing, a finding that a person is a de facto parent and would require that disputes over child custody and visitation be resolved in the best interests of the child. While this would apply to a multitude of family law situations, most of them not involving LGBT people, it would also apply to same-sex couples where one parent has been involved in child-rearing but does not have a biological link to the child or children in question.

The second bill deals with insurance coverage for artificial insemination or in vitro fertilization, and would prohibit insurers from refusing to cover costs associated with either procedure. It also includes a provision for cases in which both of the intended parents are of the same sex.

The last bill in the trio would allow transgender or intersex individuals to obtain a new, clean birth certificate reflecting their correct gender identity. The bill mirrors many provisions that were passed in the District when former Mayor Vince Gray signed into law the JaParker Deoni Jones Birth Certificate Equality Amendment Act in 2013. Under the measure, a transgender or intersex person could obtain a new birth certificate if they present a sworn statement from a licensed medical practitioner attesting to the fact that the person has undergone treatment appropriate for a gender transition or an intersex condition, which may include “surgical, hormonal, or other treatment appropriate for the individual, based on generally accepted medical standards.” That bill is slated to be heard by the House Committee on Health and Government Operations on March 12.

Despite expected opposition from social conservatives and religious lobbying groups, the first two bills may have an easier time of passing, as they do not exclusively apply to LGBT people. But the third, regarding birth certificates, may be the toughest, not only to pass in the General Assembly, but to earn the approval of newly-elected Gov. Larry Hogan (R), who must sign it into law. While Hogan did allow a regulation prohibiting Medicaid providers from discriminating based on sexual orientation or gender identity, and included protections for transgender state employees in an executive order, he also said during the 2014 campaign that he did not support the transgender rights law approved by his predecessor, Martin O’Malley (D). Other governors have also expressed opposition to such bills: in 2014, Gov. Chris Christie (R-N.J.) vetoed a measure similar to that proposed, citing concerns over the potential for “fraud, deception and abuse,” adding that requests to change birth certificates should be “closely scrutinized and sparingly approved.”

All three bills have the support of LGBT rights organization Equality Maryland, which sent a fundraising email to supporters touting the importance of the three bills. The organization is also opposing another measure that extends tax credits for private elementary and secondary schools, because they are exempt from having to follow the state’s laws prohibiting discrimination based on both sexual orientation and gender identity.

“We will continue to remain vigilant and keep an eye on the new governor (and all of our elected officials) to ensure that LGBT Marylanders and our equality are not forgotten or reversed,” Rabbi Stephanie Bernstein, the chair of Equality Maryland, Inc., said in the email.