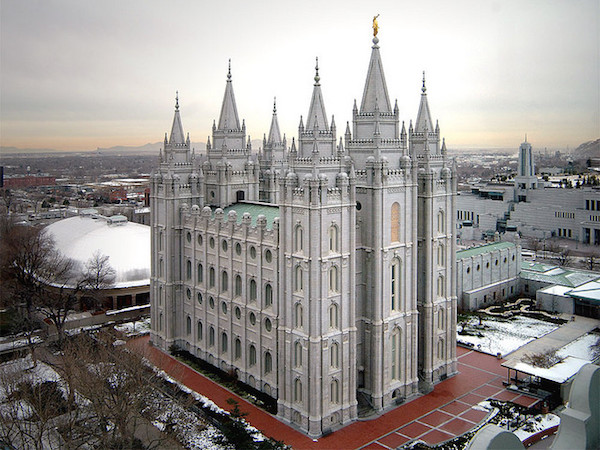 The Church of Jesus Christ of Latter-day Saints and LGBT-rights groups announced their joint support for a historic nondiscrimination bill unveiled Wednesday by Utah lawmakers, who argue the legislation provides a path for the rest of the nation.

Senate Bill 296 modifies the Utah Antidiscrimination Act and the Utah Fair Housing Act to prohibit discrimination on the basis of sexual orientation and gender identity in housing and employment. The bill also seeks to protect religious freedom by ensuring no one can be fired or disciplined for their speech or expression outside of work on matters related to marriage, family or sexuality — whether that speech be pro-LGBT or anti-LGBT. Moreover, no religious exemptions would be allowed for individuals or for-profit businesses.

“This represents a product that is great for the people of our state and can serve as a great model for the people of this nation if we move beyond the idea that somehow religious liberties and LGBT rights somehow are opposite to each other. They aren’t,” said state Sen. Stephen Urquhart, a Republican sponsor of the bill, at a press conference. “Freedom is freedom, and with this bill we promote significant freedom in the state of Utah.”

The bill specifically exempts the Boy Scouts of America. The Mormon Church, which played a key role in drafting the bill, is the Boy Scouts’ largest single sponsor.

In announcing the support of the Mormon Church for the bill, Elder D. Todd Christofferso said the proposed legislation will “serve as an effective model for other local and state governments wrestling with these same complex issues.”

“The bill contains strong religious freedom protections and a fair approach in housing and employment,” he said, thus earning the support of the Church of Jesus Christ of Latter-day Saints.

“Freedom is freedom, and with this bill we promote significant freedom in the state of Utah.”

The bill is the byproduct of seven years of work and negotiations. Earlier this year, the Mormon Church made waves in announcing their support for state-wide LGBT nondiscrimination protections, a move many believed would prove critical to having such protections become law in the heavily Mormon state of Utah. However, the church faced criticism for their support of broad religious exemptions that would still provide a “license to discriminate” against LGBT people.

That wasn’t the case Wednesday as national and local LGBT-rights organizations rallied around Senate Bill 296 and lauded Mormon leaders for their support.

“This is an extraordinary moment for the state of Utah, for LGBT Americans, and for the Mormon Church, which, by supporting this legislation, shows a willingness to align with others on the right side of history,” said Human Rights Campaign President Chad Griffin. “The desire exhibited by the Mormon Church to work toward common ground should serve as a model for other faith traditions here in the United States.”

The bill also earned the endorsement of the American Civil Liberties Union, which said its proposed religious protections will not foster discrimination against LGBT people. “Importantly, this bill rejects efforts to authorize special discrimination against gay and transgender people, and embraces the fundamental principle that discrimination based on sexual orientation and gender identity should be treated the same other kinds of prohibited discrimination,” said Rose Saxe, senior staff attorney with the ACLU’s Lesbian, Gay, Bisexual, Transgender and HIV Project, in a statement.

There are approximately 55,000 LGBT adults in Utah, including just over 37,000 who are part of the state’s workforce, according to a 2014 study conducted by the Williams Institute. A 2010 survey by the group found 43 percent of Utah’s LGB workers and 67 percent of Utah’s transgender workers have faced discrimination at work.

“Today, we prove that protections for gay and transgender Utahns can stand alongside protections for people of faith. One need not harm the other,” said Equality Utah Executive Director Troy Williams in a statement. The legislation we have crafted is a win-win for all Utahns.”