How outreach to LGBT youth can save lives when society fails 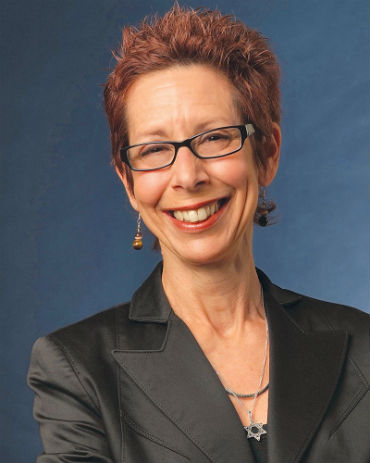 Sometimes young people just need an outlet, whether to express themselves, to vent, or feel like someone is listening.

That’s essentially the concept behind The Trevor Project, a nonprofit organization that works to prevent suicide among LGBT and questioning youth. It attempts to reach out to young people who may otherwise have no safe space to explore their identity and, particularly in rural or politically conservative parts of the country, often have no real-life LGBT adults to look up to or utilize as a resource.

“Suicide is the second leading cause of death among all young people 10 to 24. But gay, lesbian or bisexual youth are three to four times more at risk of attempting suicide,” notes Abbe Land, executive director and CEO of The Trevor Project. “If they come from a rejecting family, they can be eight times more at risk. And studies show that among transgender people, almost 50 percent have thought about taking their lives.”

Under Land’s guidance, The Trevor Project has expanded its outreach capabilities, offering not only a toll-free lifeline that operates 24/7, but also TrevorChat, where youth can IM and message with a trained counselor seven days a week. Last year, the organization fielded 44,000 calls from across the United States, and 8,000 chats. They’ve also developed a Facebook-like peer program for LGBT and questioning youth and their allies, ages 13 to 24, allowing youth to connect with more than 120,000 people from across the globe.

“Suicide is the second leading cause of death among all young people 10 to 24. But gay, lesbian or bisexual youth are three to four times more at risk of attempting suicide.”

The Trevor Project has its roots in film. In 1994, Trevor, a short film written by James Lecesne, produced by Randy Stone and directed by Peggy Rajski hit the film festival circuit. The film’s protagonist, Trevor, falls in love with his male best friend, who does not return the sentiment. Trevor faces bullying, taunting and social ostracization, driving him to try to overdose on aspirin. He survives and begins to cope with his identity.

Trevor won an Oscar, but when the film was being aired on HBO four years later, Lecesne, Stone and Rajski realized that there might be other teenagers or young people going through the same struggles as their protagonist. At the end of the film, they provided an 800 number for people to call if they were in crisis and felt the need to talk to someone. On the night of the first airing, 1,500 calls were fielded from youth across America, sparking the idea for a full-time crisis hotline. Today, the lifeline and TrevorChat are manned by volunteers, who must undergo more than 40 hours of rigorous training on how to deal with potentially suicidal youth.

Land, a former member of the West Hollywood City Council, had known about The Trevor Project for years, sometimes joining in activities and working with friends who served on the organization’s board.

“I always thought it was an incredibly important organization talking about an issue that many people don’t like to talk about,” she says.

Why does the issue of youth suicide go undiscussed, despite its obvious effects as the second-largest killer of people ages 10 to 24? Land believes it has to do with society’s aversion to talking about death and mental health, two highly sensitive and very complicated issues.

“This is pure speculation on my part — I have no research on it — but I think that we have to feel as a society when a young person takes their life, that we let them down, that something didn’t work,” she says. “I think it’s very discomforting for people to talk about.”

All the more reason to provide young people with the tools to reach out and talk to someone during a moment of personal crisis. It’s also why The Trevor Project is involved in education and advocacy surrounding issues like suicide, bullying, and the importance of looking out for fellow youth who are being pushed to the brink.

“The more we can educate, the better chance we have of young people being accepted for who they are, and that’s what we try to do,” Land says. “We help young people know: ‘You’re perfect, just the way you are. Whatever that is, it’s perfect for you.’ And that’s our message for them, to be who they are, and be the best they can be.”

Some of the education also needs to be directed at adults, whether teaching parents how to deal with their children’s identity, alerting schoolteachers and administrators to any warning signs that a youth may be contemplating suicide, or informing adult members of the LGBT community — on whose dollars and manpower The Trevor Project can rely — about why the issue of suicide is so important.

“I think a lot of people say there’s been so much — and there has been a great movement — in favor of LGBTQ rights, and it’s been phenomenal,” Land says. “But for someone who’s 13, some of those rights just don’t make a difference at the moment.

“I don’t think there’s complacency,” she continues. “I think what everyone is recognizing is that marriage is just one right, and there are a lot of other things, because even with all of the wonderful progress on that front, there are still many states where you can work in and be discriminated against, and lose your job. There are states where you can’t have kids. There are states where just being gay can put you in jeopardy. So I think people are more aware of what needs to be done…. But I think sometimes people don’t understand or realize that, for a lot of youth, those rights seem far away and don’t seem important. What’s important is that their family love them, that their friends accept them, and that they feel good about who they are. That’s a lot of work we still have to do.”

“We help young people know: ‘You’re perfect, just the way you are. Whatever that is, it’s perfect for you.’ And that’s our message for them, to be who they are, and be the best they can be.”

One step in helping youth feel better about themselves involves promoting the understanding that sexual orientation and gender identity are not things that can be “cured,” which is why the Trevor Project has worked as part of a coalition to successfully ban the practice of so-called conversion or “reparative” therapy in California, New Jersey and the District of Columbia, and to call for similar bans elsewhere. Calling the idea of conversion therapy “evil,” Land was particularly encouraged by President Barack Obama’s recent call for individual states to ban the practice on minors outright.

“We were thrilled to have the President of the United States, who’s been incredibly supportive of the LGBT community, to have him, nationally, say, this therapy is wrong, and we need to do what we can to prevent this therapy from happening,” Land says. “And I do believe that this will help states pass this legislation, and it will promote more conversation about this issue, because I think a lot of people don’t know about it. And so the more you can call attention to a practice that is not condoned by any medical group, the more light you can shed on that, the better it is. So I applaud the president for his continual activism on looking out for what can be done to ensure quality of life for LGBT people.”

The organization has benefitted immensely from celebrity involvement. While Alex Newell of Glee is the most recent celebrity to work with The Trevor Project, other prominent media figures like Ellen DeGeneres, Kathy Griffin, Neil Patrick Harris and Tyler Oakley have successfully brought attention to or been involved in fundraising for The Trevor Project’s various initiatives.

Unfortunately, tragedy as much as celebrity can lead to an increase in the Project’s visibility. The suicide of Rutgers University freshman Tyler Clementi, as well as the suicides of other gay teens at the time, refocused people’s attention on The Trevor Project’s mission, and its role as the only national organization supplying crisis intervention to troubled LGBT youth.

To that end, Land foresees more work through its ambassador and Next Gen programs, designed to raise awareness of the Trevor Project’s work. Eventually, they hope to gain more donors who are willing to contribute to the continued funding of the organization’s programs.

Land also has three more initiatives that she expects to see roll out over the next year. The first deals with evaluating and researching interventions to come up with a list of “best practices” that can be used to help counselors and responsible adults combat youth suicide. The second includes the continued growth of TrevorSpace and a new platform that will allow for better interaction between users. The last is aimed at underserved communities, such as those in rural areas or in the American South, where The Trevor Project’s work is less well known. According to Land, 35 percent of all calls that the organization receives on the lifeline come from the South, indicating a significant need for greater outreach or an investment of resources in the region.

“It would be great if every community knew about Trevor, but we know that doesn’t happen,” Land says. “So we look for additional ways to get the word out.”

What would Land do if she were granted unlimited funds with which to run her organization? She would make sure every school had a banner advertising The Trevor Project to let youth know that there’s a resource for them, an outlet where they’ll find a sympathetic ear and reassurance that may not exist elsewhere.

“If I had unlimited money, and the biggest, biggest magic wand, I’d want to have family and friends be accepting, and know that their friend, their son, their daughter, their child, is perfect, just the way they are,” Land says. “And it would be my pleasure to go out of business.”

John Riley is the local news reporter for Metro Weekly. He can be reached at jriley@metroweekly.com
← Previous Story Uniquely Alex: Alex Newell on coming out, Trevor Project and life after Glee
Next Story → Vincent Paolo Villano: The Next Generation Awards 2015