Bartender wins with his version of a Moscow Mule

By Troy Petenbrink on April 22, 2015 @thegaytraveler 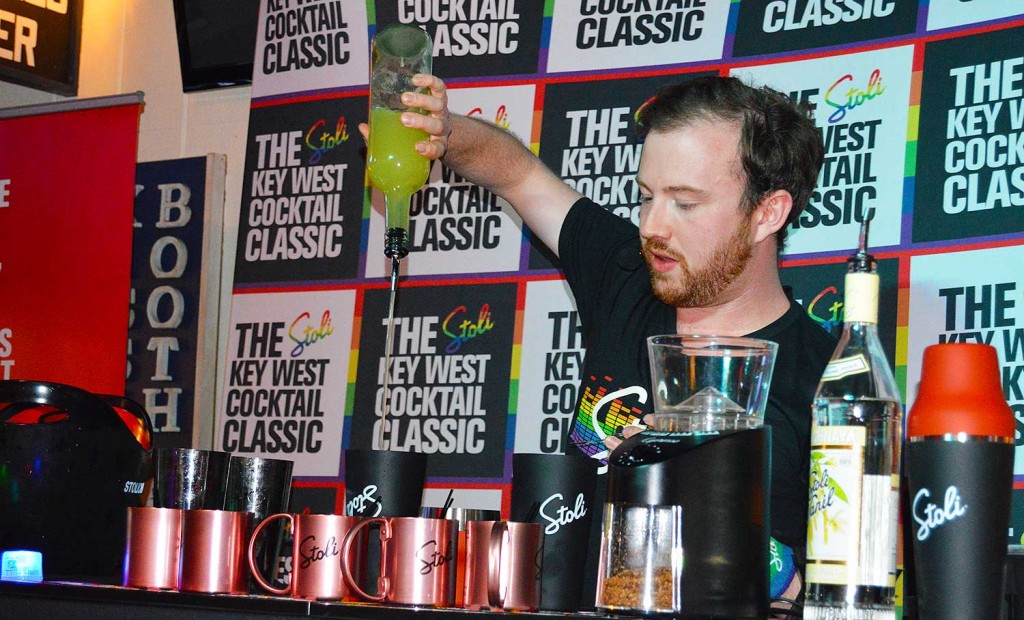 All the cocktails presented at Monday’s local tryout for the Stoli Key West Cocktail Classic received high praise, but it was Jack Fisher’s drink that earned him the honor of representing D.C. at the upcoming national competition.

The local competition was held at Nellie’s and hosted by Stoli national LGBT brand ambassador Patrik Gallineaux and D.C. drag personality Sasha Adams. “By bringing this event to D.C. each year, we are not only celebrating the LGBT community, we are celebrating D.C. rich diversity,” said Gallineaux.

As the local winner, Fisher receives an all-expense paid trip to Key West to compete for the national title in the finale, held as part of the city’s Pride celebration, June 1o to 14. The national winner will receive the title of Stoli Key West Cocktail Classic Champion 2015, a premium Stoli bartender kit, a trophy, an Andrew Christian gift card, $5,000 for his or her pre-selected community charity, and the opportunity to ride in the Key West 2015 Pride Parade as Honorary Celebrity Grand Marshall.

The Stoli Key West Cocktail Classic is North America’s only international LGBT bartending competition. This year’s event will include winners from 14 cities across North America and will be hosted by Jai Rodriguez (Queer Eye for the Straight Guy) and Gallineaux. Celebrity judges include clothing designer Andrew Christian and legendary funnyman Bruce Vilanch.

Troy Petenbrink is Metro Weekly's contributing writer for food and travel. He can be reached at thegaytraveler@gmail.com.
← Previous Story &pizza opens in Dupont Circle
Next Story → Aw, Shucks: Hank’s Oyster Bar gets ready for its annual Oyster Fest