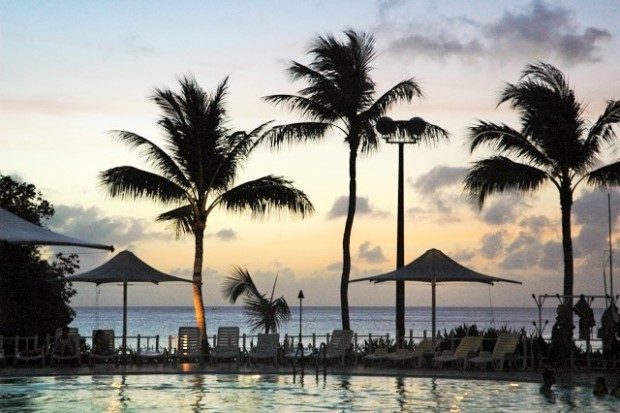 “The Department is advised to treat all same gender marriage applicants with dignity and equality under the Constitution of our nation, and the ruling of the Ninth Circuit Court of Appeals.”

The Pacific Ocean territory is covered by the Ninth Circuit Court of Appeals, which last year ruled that marriage laws that explicitly prevent same-sex marriages are unconstitutional.

Faced with a lawsuit from a lesbian couple — Kathleen M. Aguero and Loretta M. Pangelinan — arguing that Guam’s ban on marriage equality was similarly unconstitutional, Barrett-Anderson chose not to defend the law, instead issuing her decree to the Public Health Department.

“While the Department was acting in accordance with Guam law, the Ninth Circuit’s recent decision has rendered Guam’s marriage statute legally unenforceable until such time that the Supreme Court of the United States alters the holding of the Ninth Circuit of Appeals,” she wrote.

“Obviously I’m encouraged by what I’ve heard but I’m cautious [whether public health] will actually comply with the attorney general’s direction,” he said.

He has cause to be concerned, as though Barrett-Anderson reportedly told Governor Eddie Calvo (R.,) that the law was “indefensible,” he and Lt. Governor Ray Tenorio (R.,) issued a statement that they were deferring any decisions on marriage licenses until the administration’s legal team has formally reviewed the case.

“[We] hope that the governor will reconsider his apparent decision to bar same sex couples from marrying.”

As such, agencies permitted to issue marriage licenses have suspended applications from same-sex couples “until further notice.” Acting director of Public Health and Social Services Leo Casil, who received Barrett-Anderson’s original letter, will take no action until he hears from Governor’s administration.

“From my side, I just received a letter,” he stated. “It’s not a legal opinion. It’s a letter urging to issue the marriage licenses from the attorney general.”

As such, Aguero and Pangelinan will not withdraw their lawsuit. Speaking through their attorney, they noted that Barrett-Anderson was “doing the right thing,” and “hope that the governor will reconsider his apparent decision to bar same sex couples from marrying.”

A decision on the matter is expected by the end of the week.

Rhuaridh Marr is Metro Weekly's online editor. He can be reached at rmarr@metroweekly.com.
← Previous Story The Evolution of Hillary Clinton: From DOMA to Marriage Equality
Next Story → Contentious Contenders: 10 Republican candidates and their LGBT views