Annual Next Generation Awards honor under-30 LGBT activists and leaders

By John Riley on April 1, 2015 @JohnAndresRiley 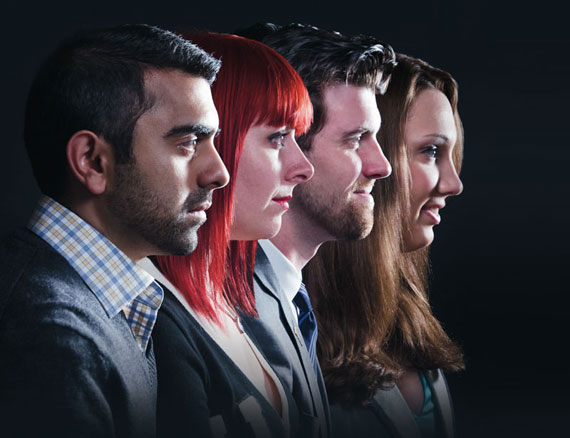 The 2014 Next Generation Award-winners

The Next Generation Leadership Foundation (NGLF), the local nonprofit dedicated to mentoring and fostering potential LGBT leaders in various fields, is accepting nominations for the 2015 Next Generation Awards, presented by Metro Weekly.

Now in its seventh year, the Next Generation Awards honor young LGBT leaders or activists under the age of 30 who have demonstrated outstanding leadership and achievement in both their career and in their contributions to their community. Past award winners include leaders in the labor movement, equal rights advocates, business leaders, community activists and professionals in various fields. All award winners are chosen from a pool of nominations submitted by community members. Nominations can be submitted online through Friday, April 10th.

“We’re very excited for this year’s awards,” said Sean Bugg, the executive director of NGLF. “It’s always an honor for us to be able to recognize such amazing young LGBT leaders in such a prominent way through Metro Weekly.”

The awards were first launched by Metro Weekly in 2009. The magazine announces and profiles each winners — four in total — in a special edition of the magazine, this year slated to hit newsstands on April 30. The awards inspired the formation in 2013 of the independent NGLF, best known for its Leadership Institute — a national program that brings LGBT high school students to Washington during the summer for leadership training and networking opportunities.

“We’re proud to not only continue our support of the awards but to support the work of NGLF,” said Randy Shulman, publisher of Metro Weekly. “As always, we look forward to creating a unique showcase for these outstanding LGBT youth and young adults.”

The Next Generation Awards will be presented on Thursday, May 7, at the Beacon Bar and Grill, 1615 Rhode Island Ave. NW. Tickets can be purchased online at NGLF’s website for $55, or are available for $60 at the door. Nominations may be submitted online through Friday, April 3 via nglf.org/nga-nominations. For more information on NGLF, visit nglf.org.

John Riley is the local news reporter for Metro Weekly. He can be reached at jriley@metroweekly.com
← Previous Story Norton: Indiana backlash reason to reject resolutions of disapproval
Next Story → Bowser taps Snowden for deputy mayor post