Claims he was ignorant of the Senator's anti-gay views

“I was ignorant, naive and much too quick in accepting a request to co-host a dinner with Cruz at my home without taking the time to completely understand all of his positions on gay rights.” 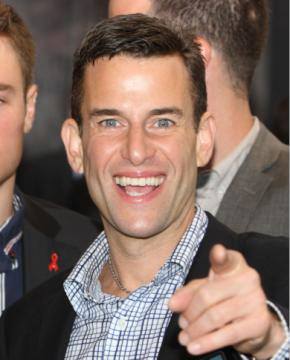 — Ian Reisner, co-owner of the gay-trendy Out Hotel in New York City, backpedalling after news that he co-hosted a reception for Sen. Ted Cruz (R-Tx.), who has been strongly opposed to same-sex marriage, spread through the internet late last week. Reisner and business (and former romantic) partner Mati Weiderpass held the reception at their Manhattan penthouse. The controversy has sparked a boycott of their properties on Facebook, which has so far drawn more than 8,000 “Likes.” It has been speculated that it may have cost the pair up to $500,000 for the opportunity to rub elbows with Cruz.

Reisner penned the apology on his public Facebook page. It reads, in full:

“I am shaken to my bones by the e-mails, texts, postings and phone calls of the past few days. I made a terrible mistake. I was ignorant, naive and much too quick in accepting a request to co-host a dinner with Cruz at my home without taking the time to completely understand all of his positions on gay rights. I’ve spent the past 24 hours reviewing videos of Cruz’ statements on gay marriage and I am shocked and angry. I sincerely apologize for hurting the gay community and so many of our friends, family, allies, customers and employees. I will try my best to make up for my poor judgement. Again, I am deeply sorry.”

Reisner’s post has prompted the usual spate of comments, some supportive, others vitriolic. A few highlights:

“It is all about the almighty dollar with money politicians status and power…you knew his views on gays and their rights ..he says so every chance he gets …a classic PR backtrack statement which is not even genuine”

“It looks like Mr. Reisner…gave it real thought, and even did a little homework — watching footage of Cruz’s hateful, destructive remarks on gay issues, to try to understand why so many gay people were so upset by his helping to fundraise, even in a small way, for Cruz.”

“Were kneepads extra for the 500,000 to have dinner with Ted Cruz who would have no problem throwing you into an oven with the rest of the gay Jews.”

“I posted three times in support of you & Mr. Weiderpass on the Facebook wall that is encouraging the boycotting your businesses. I believe in building bridges and I thought you did a fine job not only taking the time to explain your position, but setting an example of civility. Why does having a conversation with Senator Cruz equate to you being now identified as a traitor? Testimonials are powerful means of imparting relevant information and understanding. Thank you for taking that risk. How can we move forward if we do not take the time to talk to one another? I feel awful this is happening to you. Hate sure does go all ways.”

“Which rock does he live under that until his bank acct was effected [sic] that he never knew where Cruz stood on issues. Pure BS!”

“NOT BUYING IT— NICE TRY, THOUGH..I still find you THE SCUM OF THE EARTH…..”

Read This: Out NYC owners host reception for Ted Cruz