By Troy Petenbrink on April 13, 2015 @thegaytraveler 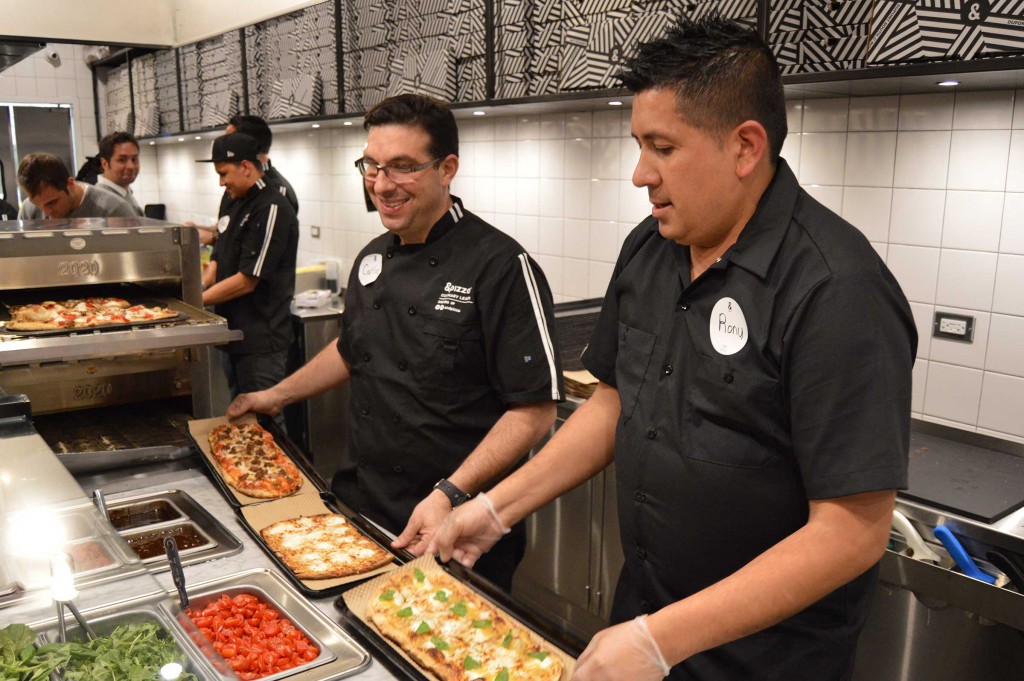 “The rent!” said &pizza co-founder Michael Lastoria, when asked why he had not previously opened an outlet in the Dupont Circle area. “We obviously wanted to be here sooner. It just took time finding the right location and negotiating the right deal, but we are very exited about Dupont.”

Lastoria considers Dupont a great fit for growing chain of pizzerias he started in partnership with Steve Salis. The new location at 1215 Connecticut Ave. NW is &pizza’s twelfth location.

Now in its third year of operation, &pizza’s approach to pizza-making has earned it a loyal fan base. Customers first pick their dough: traditional, ancient grains or gluten-free. The dough is then stretched out to approximately 17 inches long and six inches wide and becomes the canvas for the sauce, cheese and a selection of more than 35 toppings. The price includes any combination of toppings. 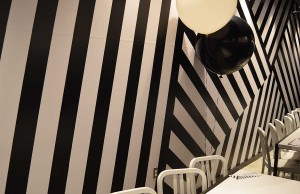 &pizza is also know for its localized store design.  Paying homage to the affinity its historic ties to the city’s LGBT community, &pizza Dupont features an enormous wall graphic inspired by the equality icon. It also complements the neighborhood’s ideals around togetherness with two large wooden community tables under schoolhouse lights, bookended by coke bottle chairs, adding an element of youthful flare.

According to Nation’s Restaurant News, &pizza recently received a $10 million private investment. This new influx of cash not only supported the development of the new Dupont location but is helping fund three additional locations. There are plans to have new &pizza outlets in D.C.’s Chinatown and Barrack’s Row and in Maryland’s North Besthesda neighborhood before the year’s end.

Says Lastoria, “The D.C. area has been incredibly supportive of &pizza and we just want to continue sharing our pizza and our message with the community.”