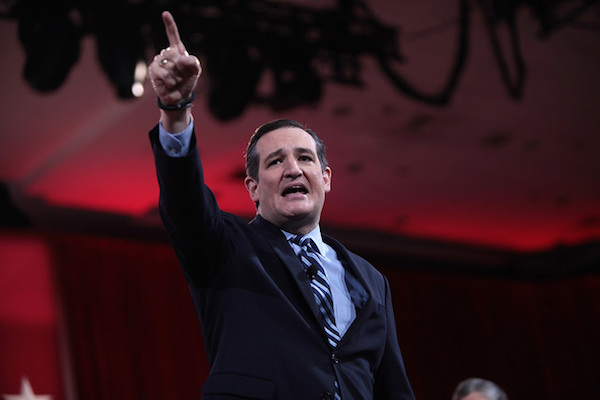 The controversy surrounding religious freedom measures in Indiana and Arkansas ebbed Thursday with the signing of bills limiting the scope of the two laws, but not before pulling Republicans into a cultural battle many seemed reluctant to fight and outraging social conservatives.

Indiana Gov. Mike Pence (R) signed a “fix” amending his state’s religious freedom law explicitly stating businesses cannot discriminate on the basis of sexual orientation or gender identity in the 11 jurisdictions that have existing LGBT nondiscrimination laws, according to The Indianapolis Star. The fix does not extend nondiscrimination protections to LGBT Hoosiers in the rest of the state, as advocates had pushed for. In Arkansas, Gov. Asa Hutchinson (R) signed an amended religious freedom bill on Thursday that is less broad and mirrors the federal Religious Freedom Restoration Act signed into law by President Bill Clinton in 1993.

The amended religious freedom measures in the two red states come after a week of national outcry, especially from corporate America. Pressure from big business dominated the headlines as some of the nation’s most well known CEOs voiced concerns that the two states were adopting discriminatory policies that would be bad for business. “There’s something very dangerous happening in states across the country,” out Apple CEO Tim Cook wrote of religious freedom bills in The Washington Post. Walmart CEO Doug McMillon called on Hutchinson to veto the original Arkansas bill, stating it threatened to “undermine the spirit of inclusion present throughout the state of Arkansas.” And more than 70 tech industry leaders signed a joint statement calling on “all legislatures to add sexual orientation and gender identity as protected classes to their civil rights laws and to explicitly forbid discrimination or denial of services to anyone.”

While LGBT-rights advocates voiced tepid praise of the two laws, they were still critical, stating that they fall short of the statewide LGBT nondiscrimination protections both states need. Social conservatives, on the other hand, were livid.

“Indiana’s elected leaders traded religious freedom for the silver of Big Business. In doing so, they endorse government discrimination against people who simply follow their beliefs about marriage,” said Tony Perkins, president of the Family Research Council, in a statement. “Unfortunately, Indiana leaders yielded to the cultural bullies and the enticements of Big Business and the result is they have sacrificed the essential rights of their citizens.” According to Perkins, religious freedom has been “held hostage by Big Business.”

The outrage from social conservatives sheds light on an emerging theme that could take hold among what is expected to be a crowded Republican field for president. Big business and corporate America, once thought of as stalwart backers of the GOP, see little benefit to discrimination against LGBT people. Indeed, increasingly it is bad for businesses.

And this isn’t the first time corporate America has flexed its muscles in the face of anti-LGBT measures. A year ago when lawmakers in Arizona approved anti-LGBT legislation that would have effectively made it legal for businesses to turn away customers due to their religious beliefs, corporate American unleashed an unprecedented wave of opposition. American Airlines, AT&T, Apple, Delta Airlines, Intel, Marriott, PetSmart, Starwood Hotels and Resorts, Southwest Airlines, Verizon and Yelp were just a few who said the bill would be bad for business. CEOs of the Arizona Chamber of Commerce and Industry, the Greater Phoenix Chamber of Commerce, Greater Phoenix Leadership and the Southern Arizona Leadership Council also voiced their opposition, and the NFL indicated it could move the 2015 Super Bowl out of the state if the bill were signed. Arizona’s Republican governor, Jan Brewer, ultimately vetoed the legislation.

But with the U.S. Supreme Court set to rule on nationwide marriage equality later this year, social conservatives seem to know they’ve lost the battle on marriage, making the concessions on the Indiana and Arkansas measures particularly maddening to social conservatives.

“The Fortune 500 is running shamelessly to endorse the radical gay marriage agenda over religious liberty, to say, ‘We will persecute a Christian pastor, a Catholic priest, a Jewish rabbi.’ Any person of faith is subject to persecution if they dare disagree, if their religious faith parts way from their political commitment to gay marriage,” said Texas Sen. Ted Cruz, the only Republican to officially declare his candidacy for president so far. “The Fortune 500 has cast their lot in with that, but sadly, a whole lot of Republican politicians are terrified of this issue.”

While Michigan Gov. Rick Snyder, a Republican, said if a standalone religious freedom bill came to his desk he would veto it and a proposed religious freedom bill in Georgia died in the face of national backlash, the debate is certainly far from over. And Cruz is offering just the kind of red meat disheartened social conservatives are looking for. “We have watched a sad spectacle this week as one Republican elected leader after another retreated on the rights of people of faith to have space to express their religious beliefs and defend their conscience,” said Tim Head, executive director of Faith & Freedom Coalition, in a statement. “When criticized on the simple issue of the First Amendment right to exercise one’s religion, they folded like a cheap suit. It is time for Republicans to grow a backbone when it comes to religious freedom and stand tall for religious expression, one of the most cherished rights under our Constitution.”

Added Head, “If the GOP can’t show more spine on defending religious folk, then they should not count on a large turnout of evangelicals in 2016. Given the demographics of the electorate, that is a recipe for certain defeat.”