“On my 56th birthday, I simply gave up the struggle. I made a decision that if I was alive on my 57th birthday, it would be as me.” 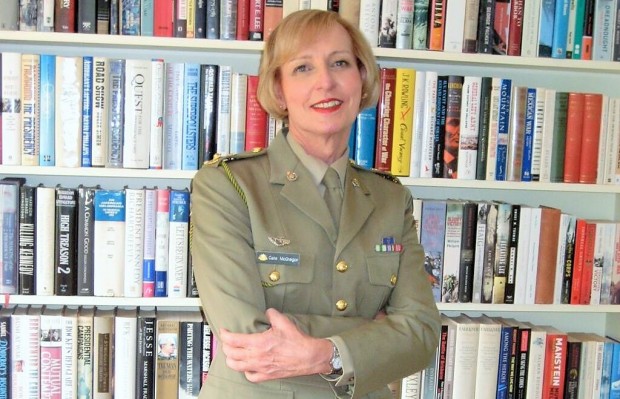 –Cate McGregor, Director of Research and Analysis in the Office of the Chief of the Royal Australian Air Force and the most senior transgender military officer in the world, at a speech in Canberra, Australia, Buzzfeed reports.

McGregor spoke about her gender dysphoria, as well as the struggle she felt presenting as male during her career.

“I functioned as a male until a few weeks after my 56th birthday,” she said. “I choose the term ‘functioned’ advisedly, because my relationship to my birth gender was fraught from a very young age.”

“I suffered from [gender dysphoria] acutely and consciously at intervals over the course of my entire life. I now believe my entire life was spent repressing and compensating for my gender variance,” McGregor contined.

She added that: “Grammar fails to express what gender dysphoria feels like,” noting that she’d contemplated suicide before she came out and had battled with “…alcohol and drug abuse, eating disorders, while I pursued external success to quell an inner yearning.”