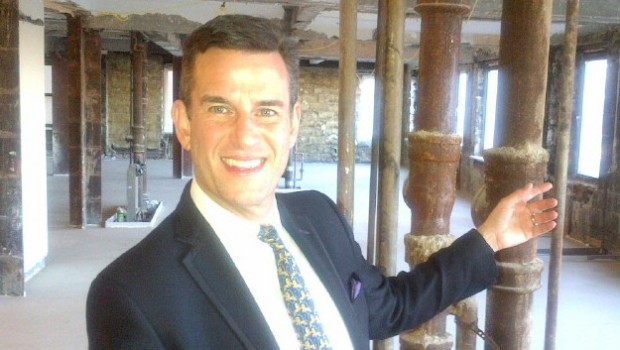 It’s been a tough few weeks for Ian Reisner.

When he and business partner Mati Weiderpass hosted a private reception for a notoriously anti-gay politician, they were seemingly oblivious to the incredible fallout that would result. As news exploded across the internet that two prominent, gay businessmen had entertained Senator Ted Cruz, Republican presidential candidate and hater of all things LGBT, Reisner — rather than enact damage control — instead repeatedly alienated the community he has wronged. The same community his Out NYC hotel and swathes of commercial property he owns on Fire Island Pines purport to cater for. The same community that is now boycotting him in droves.

It all began on April 20th, when Weiderpass and Reisner hosted Cruz for a “fireside chat” at the former couple’s Manhattan penthouse. According to the New York Times, the discussion focused on Senator Cruz’s foreign policy, including his views on American-Israeli relations, the rights of Israel and its place in the Middle East, and opposition to President Obama. Reisner stated that “[Cruz] was on point on every issue that has to do with national security,” but what about his atrocious record on gay rights, including his objection to marriage equality? Same-sex marriage “is done,” according to Reisner. “It’s just going to happen.”

As column inches mounted, from LGBT blogs and mainstream media, Reisner and Weiderpass attempted to save their businesses — and perhaps a little face.

Unfortunately, that wasn’t sufficient justification for the LGBT community. A Facebook page, “Boycott Fire Island Pines Establishments & Out NYC Hotel,” was established the day of the NYT story, attracting over 11,000 likes. Broadway Cares/Equity Fights AIDS canceled its “Broadway Bares Solo Strips” fundraiser, scheduled to take place at Reisner and Weiderpass’ 42West club, stating “We cannot in good conscience hold an event at a venue whose owners have alienated our community.” The New York City Gay Men’s Chorus canceled their Lily Garden fundraiser at Out NYC, stating that, while they supported discussion with those of opposing views, “we made the decision because we want to be 100% clear in our support for the LGBTQ community.”

As column inches mounted, from LGBT blogs and mainstream media, Reisner and Weiderpass attempted to save their businesses — and perhaps a little face. “I am shaken to my bones,” Reisner posted on Facebook, six days after the “fireside chat” took place. “I made a terrible mistake. I was ignorant, naive and much too quick in accepting a request to co-host a dinner with Cruz at my home without taking the time to completely understand all of his positions on gay rights.”

For Reisner to be oblivious to Cruz’s views on gay rights seems implausible.

Of course, Reisner’s apology seems a little naive, given Senator Cruz’s numerous statements against LGBT rights and marriage equality. Indeed, just a few weeks prior to visiting Weiderpass and Reisner’s apartment, Cruz stated in Iowa that “The Fortune 500 is running shamelessly to endorse the radical gay marriage agenda over religious liberty.” For Weiderpass and Reisner to be aware of Cruz’s stance on foreign policy, yet oblivious to his views on gay rights seems implausible.

Reisner has drawn the lion’s share of condemnation. Weiderpass issued his own apology on Facebook (“I made a terrible mistake. Unfortunately, I cannot undo this. You taught me a painful but important lesson.”) but unlike Reisner, has largely owned the fact that he knowingly made said mistake, save for a comment in which he implied that Cruz’s appearance at their catered party was a “surprise.” Reisner, conversely, did everything he could to distance himself from a dinner hosted in an apartment he co-owns. He described himself as “simply an attendee” to the New York Times, passing blame to Weiderpass and others, though later described himself as co-host. He then attempted to justify hosting Cruz by stating that he had hosted a fundraiser for Hillary Clinton earlier that month, though a Gay City News report found that his contribution was much less involved than he had intimated. What is undeniable — and further harms Reisner’s defense — is the private fundraiser he hosted for Senator Ron Johnson (R-Wisc.) a week prior to hosting Cruz. Johnson opposes same-sex marriage and enjoys a zero rating from the Human Rights Campaign for his support for equality — or lack thereof.

Reisner made some salient points in an earlier Facebook post, before reactions from the LGBT community threatened his business.

To his credit, Reisner made some salient points in an earlier Facebook post, before reactions from the LGBT community threatened his business. “Senator Ted Cruz and I disagree strongly on the issue of gay marriage,” he wrote, “but having an open dialogue with those who have differing political opinions is a part of what this country was founded on.” It’s a point that The Daily Beast’s James Kirchick picked up on, agreeing with Reisner’s sentiment and adding that the strong backlash to their “fireside chat” would only hurt gay rights in future. “According to a large and vocal portion of the LGBT community, we can now add supping at the same table with someone who opposes gay marriage to the list of unforgivable homophobic acts worthy of condemnation and ostracism,” he wrote.

Reisner could easily defend himself on his support for LGBT causes. He and Weiderpass are generous donors to various LGBT organizations, including the Empire State Pride Agenda and the LGBT Community Center. Both have supported their local communities, in NYC and Fire Island Pines, offering businesses, hotels and nightclubs for queer patrons. His politics may differ to many in the LGBT community, but with better PR and less hastily-written statements of apology, he and Weiderpass may have been able to right their ship of many wrongs before public approval slipped too far to be rectified.

However, in an interview last week with New York Magazine, Reisner sealed his fate. In a staggeringly ill-conceived rant, he lambasted the gay community — his main revenue source — as “cheap” and “entitled.” He complained that Out NYC Hotel had yet to turn a profit and declared his gay customers at fault.

“My only point is, [Out NYC] has not been a profitable venture,” he said. “Gays are cheap. They’re frugal; gays are frugal. Let me retract that…gays are entitled…. Do you know how challenging it is to make a penny off a gay person?”

What started as a PR fumble has evolved into a full-fledged disaster.

The repercussions for Reisner, Weiderpass and their business ventures remains to be seen. Damage control is clearly no longer a priority for Reisner. What started as a PR fumble has evolved into a full-fledged disaster, with inflammatory comments from both Reisner and those who oppose his hosting of Cruz doing little to help matters.

For Senator Cruz, meeting with Reisner, Weiderpass and others provided an opportunity to drum up support for his presidential campaign. In the days that followed, the negative backlash from the LGBT community enabled Cruz to further grandstand against marriage equality and other rights. Little harm has befallen the Senator from Texas for his participation.

Reisner, on the other hand, has everything to lose — and if his latest words are anything to go by, has yet to consider how best to prevent that from occurring.