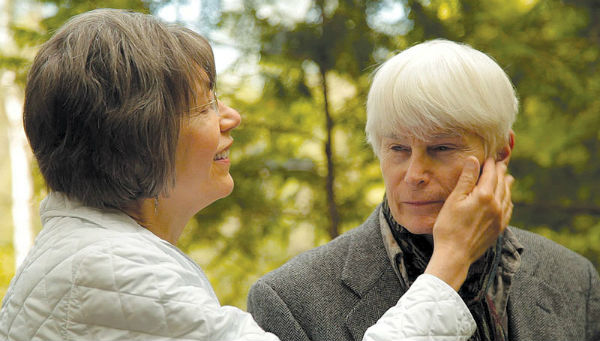 From This Day Forward

“I was really active on my college campus about LGBT issues,” he says. “So I started showing LGBT films, and documentaries were really critical for that. These films telling the state of our community, about the movement, and about how we were involved with changing our world.” Nearly forty years later, Lumpkin, as head of the AFI Docs Film Festival, is able to share these stories with a much larger audience.

“Our culture has moved more and more towards documentary. If you think about it, reality TV is kind of a distant cousin to documentary.”

“I think a big part of that shift in opinion is the exposure to these kinds of films,” says Lumpkin, the former head of Frameline and a producer on the documentary The Celluloid Closet. “Our culture has moved more and more towards documentary. If you think about it, reality TV is kind of a distant cousin to documentary.” Though it must be noted, you won’t see any Kardashians popping up in AFI Docs, which includes three LGBT-themed films this year, including From This Day Forward, which explores a transgender woman’s transition from the point of view of her adolescent daughter and Out to Win, which examines at lives of LGBT athletes and their struggles in an industry plagued by homophobia. Closing the festival is Larry Kramer In Love and Anger, the story of the the renowned playwright and gay activist, one of the more controversial figures in LGBT history.

For Lumpkin, the best part of documentaries is passing them along to others. And with the advent of movie streaming technologies like Netflix, it’s never been easier to share these experiences with others from around the world. “Documentaries don’t really compete with blockbuster films,” Lumpkin says. “They become popular when people watch them and talk about them. And with a subscription model, people can watch as many as they want. I think it’s really helping the LGBT community, especially on a global level. Different cultures get to watch the struggles of the LGBT community from around the world.”

Yet, it’s hard to beat the feeling of sitting with an audience when the lights go down. “For AFI Docs, it’s important to have different types of stories, different subjects and bring them together,” Lumpkin says. “It’s great to see the diversity of voices we have.”