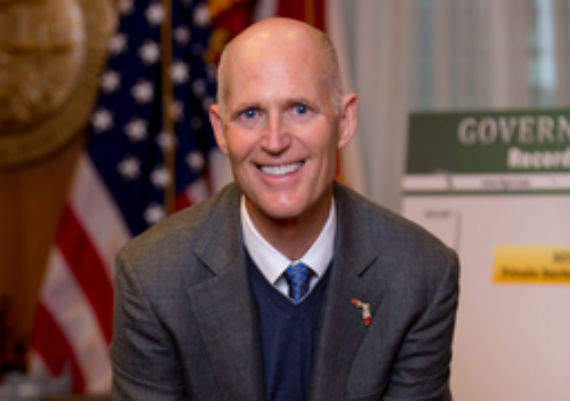 Florida Gov. Rick Scott (R) signed into law on Thursday a bill that repeals the Sunshine State’s nearly four decade-long law prohibiting same-sex couples from adopting children. But he also urged the Florida Legislature to pass a conscience clause-style bill that would allow adoption and child placement agencies to refuse to serve prospective parents if doing so would violate their religious beliefs.

In a letter explaining why he was signing the bill, Scott noted the provisions requiring that educational stability be prioritized when placing children in an adoptive or foster home. The measure also reinstates a program that gives benefits to state employees who adopt from the state’s child welfare system. It also awards incentive payments to adoption agencies hat meet certain standards. He then added that it repeals the adoption ban on same-sex couples, which was instituted by the Legislature in 1977.

“The bill also repeals a provision of Florida law that has not been enforced since 2010 because the Third District Court of Appeal ruled Florida’s law prohibiting adoption based on sexual orientation to be unconstitutional,” Scott wrote. “Following the court’s 2010 action, the state’s adoption law requires officials to assess potential adoptive parents according to the best interests of the child, regardless of the parents’ sexual orientation.”

But Scott also used the opportunity to play to his socially conservative base. He lamented the lack of protections for people of faith, noting that private, religiously-affiliated child placement agencies refuse to place children with certain prospective parents, including same-sex couples, due to religious convictions.

Scott is calling for a “conscience clause”-style law that would make protections permanent for child placement agencies. Those bills typically allow those agencies to cite religious or moral objections in order to avoid placing children with a prospective parent based on any number of factors, including sexual orientation, marital status, age or religion. One such bill was introduced earlier in this year’s legislative session and passed the House of Representatives, but was defeated in Senate committee.

“It is my hope and expectation that the Legislature will take future action to make clear that we will support private, faith-based operators in the child welfare system and ensure that their religious convictions continue to be protected,” Scott said. “Florida’s laws must protect the free exercise of religious liberty and faith while protecting Floridians from illegal discrimination. These are not, and never should be, mutually exclusive pursuits.”