En Vogue is still playful and sassy, confident and empowering, and singing in tight harmony 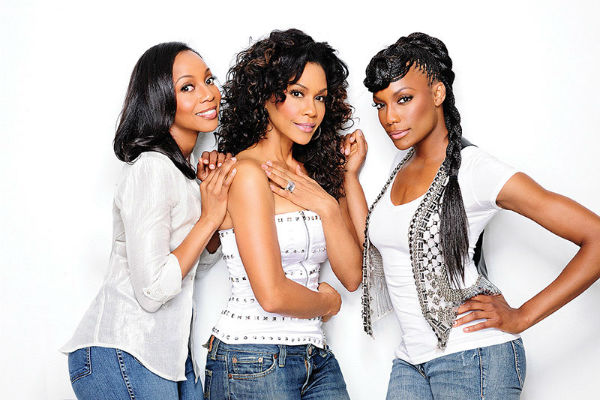 It’s no longer fresh in her memory, but Cindy Braggs remembers the devastation that shook the theater scene and the whole city of San Francisco in the ’80s. The AIDS crisis quickly exploded into an epidemic in which people, predominantly gay people, started dying — many of them a few days after the first sign of symptoms.

“I lost some really good friends and really talented people,” Braggs says. At the time, the San Francisco native was in her mid-20s and was known as Cindy Herron, her maiden name — or as Miss San Francisco 1986. She was a budding singer who worked all over town, mostly performing in cabaret shows and musical theater productions, gay-popular fields that were absolutely ravaged by the epidemic. “It was so heartbreaking.”

“The gay community has always been big supporters of our music. They’re the best party crowd.”

A couple of years later, Braggs had given up on her singing career and San Francisco in general, and was pursuing acting in southern California. However, months after her switch, she was asked to audition for a new girl group forming in the Bay Area. Less than a year later, En Vogue had already became a national sensation — courtesy of its first hit, 1990’s “Hold On,” featuring Braggs on lead vocals. From the start, the group’s sound was fresh: Often playful and sassy, drawing from its early hip-hop era — think 1992’s “My Lovin’ (You’re Never Gonna Get It),” and always confident and empowering, courtesy of the group’s signature sound of tight vocal harmonies initially inspired by doo-wop (1992’s “Giving Him Something He Can Feel”).

Many En Vogue songs convey generally optimistic or uplifting sentiments and as such have had a positive impact. “From time to time we would get letters from people who were going through various things in life, or illness,” Braggs says. “And they say, ‘This song got me through.’ We are really happy and humbled that our songs could play a role in the lives of people who were going through adversity and came out of it victorious.”

Unlike most other girl groups, En Vogue has always been about collaboration and teamwork. Though Braggs often sings lead vocals, there has never been one member known as lead singer, and every member alternates between lead and backing vocal duties. (Just try to imagine Diana Ross or Beyonce agreeing to that.) Originally a quartet, En Vogue has been a trio the last few years: with Braggs, fellow founder Terry Ellis and Rhona Bennett, who first joined the group in 2003. Dawn Robinson and Maxine Jones, the other two original members, left in a huff in 2012 and promptly initiated the first of several legal threats that have yet to amount to much.

Despite the obvious difference — the band now sings three-part harmonies instead of the original four — Braggs promises the group otherwise sounds the same. “We still perform all of our hits, and it’s a high-energy show,” says Braggs, who has a high-energy life, as a 53-year-old mother of four children. Next month the group plans to record a few new songs and get closer to finishing a new album, the first since 2004’s Soul Flower.

But for the group’s debut at Capital Pride, the focus will be strictly on the hits, including 1992’s “Free Your Mind.” At pride events elsewhere the last few years, Braggs says this edgy, anti-prejudice song has been received particularly well. “Although it was written about race…it transcends so many different barriers: Free your mind, and be progressive thinkers.

“The gay community has always been big supporters of our music,” Braggs continues. “They are so great. They’re the best party crowd. They sing along, they’re dancing, they’re giving us a lot of love and a lot of good energy.”

En Vogue is scheduled to perform Sunday, June 14, at 4 p.m. at the 40th Anniversary Capital Pride Festival. The Capitol Concert Stage is located in the 300 block of Pennsylvania Avenue NW. For more details, visit capitalpride.org.