Corrective rape is becoming an issue in India, with families attacking their gay children to "cure" them 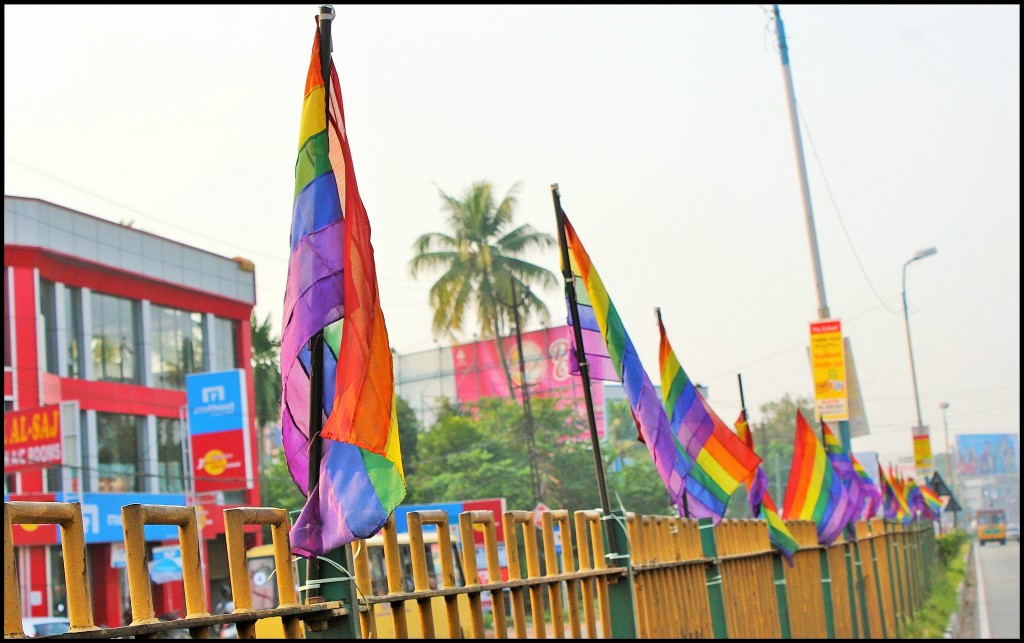 India’s inhospitable culture for gay people has produced a shocking new trend: the use of corrective rape to “cure” a person’s sexuality.

According to the crisis intervention team at LGBT Collective in India’s Telangana state, there has been fifteen reported cases of corrective rape in the past five years, though they are “sure there are many more cases, but they go unreported,” says Vyjayanti Mogli, speaking with The Times of India. “We came across such cases not because they reported the rape, but because they sought help to flee their homes.”

Corrective rape first became news in South Africa, after lesbian women were reporting being attacked and raped in an attempt to change their sexuality. It gained particular notoriety after a female soccer player, Eudy Simelane, was murdered in what was widely considered a corrective rape attack. Corrective rape seeks to change a person’s sexuality by forcing them to have sex with a person of the opposite sex, usually punishing them for not conforming to a societal norm or gender role.

In India, however, it has gained a somewhat darker streak, with the rape of gay Indians often perpetrated by members of their own family.

“It’s usually a cousin who’s roped in for this ‘project,'” Mogli continued. “In some communities in South India, marriages amongst cousins are common…. If this girl happens to be queer and if it is found out that she is in a relationship with another girl, elders in the family believe having sex with the [cousin], even if it’s forcibly, will cure her.”

The use of corrective rape isn’t just limited to cousins, though. Filmmaker Deepthi Tadanki, curently making a film about corrective rape titled Satyavati, uncovered worrying instances where rape was committed by a boy’s own mother.

“I came across two gut-wrenching stories of corrective rape,” she said. “One, where a gay girl was raped by her cousin so that she could be ‘cured’ of homosexuality; and another, where family members forced a gay boy to have sex with his mother, in a bid to turn him ‘straight.'”

Homosexuality is still taboo in India, particularly after an Indian court recriminalized it in 2013, reinstating an antiquated British law from colonial times. As such, there is immense pressure on families to ensure that children are “normal,” which is contributing to efforts to attempt to change gay children. However, the exact number of incidents that occur each year is unknown, in part due to a lack of reporting, but also because there are very few organizations maintaining databases on the matter.

“Many rapes go unreported in India, and it will take years before something like corrective rape even gets talked about.”

“I wrote to NGOs who work with victims of such hate crimes seeking help with statistics, but to my surprise, not one organisation got back,” Tadanki said. “Many rapes go unreported in India, and it will take years before something like corrective rape even gets talked about.”

“Victims find it traumatising to speak of their brothers/ cousins turning rapists and prefer to delete the incident from their memories and cut off ties with their families,” Mogli added. “Which is why such cases almost never get reported.”

Though the use of family members to instigate corrective rape is something rarely heard of, India isn’t alone in the issue. Corrective rape has also been reported in Ecuador, Uganda and Zimbabwe, among others.

In Ecuador, private clinics — under the guise of substance abuse rehabilitation centers — have employed corrective rape to help “cure” homosexuality. It came to light after Paolo Concha went public with her ordeal. “Three men seized me, handcuffed me, put me in a van, and took me away by force,” Concha said, according to Alaska Dispatch News. She was held in the center for eighteen months, where she was handcuffed, repeatedly starved, dressed like a man, and raped. Her mother paid for her to be kept in the center.

In a report by Human Rights First, corrective rape is frequently used as a form of punishment for gay refugees in Uganda. In 2011, a legal service reported at least five corrective rapes against lesbian and transgender male refugees. Gay male refugees were also reporting instances of corrective rape, both in their home country and in Uganda. Domestic LGBTI organizations reported “a number of gang rapes and other sexualized attacks on gay refugee men, including cases where men had items forced into their anuses and suffered serious injuries as a result.”

In Zimbabwe, a 2012 U.S. State Department report on the country’s human rights record detailed numerous instances of corrective rape. “In response to social pressure, some families reportedly subjected their LGBT members to ‘corrective’ rape and forced marriages to encourage heterosexual conduct,” the report found. “Such crimes were rarely reported to police. Women, in particular, were subjected to rape by male family members.”

“They locked me in a room and brought [a man] every day to rape me so I would fall pregnant and be forced to marry him.”

As reported in the Journal of Hate Studies, one author who lives in Zimbabwe wrote about her ordeal with corrective rape, which was instigated by her parents in the ’80s to remove her homosexuality. “They locked me in a room and brought [a man] every day to rape me so I would fall pregnant and be forced to marry him,” she wrote. “They did this to me until I was pregnant.”

South Africa, unfortunately, has done little to prevent corrective rape in the country. In 2011, Luleki Sizwe, a nonprofit, estimated that ten lesbians were being raped or gang-raped weekly. Three years prior, the Triangle Project reported that at least 500 lesbian women were victims of corrective rape each year. South Africa has some of the most liberal LGBT laws in the world, including marriage, adoption rights and anti-discrimination measures, but doesn’t consider corrective rape to be a hate crime. As one man told Time, “Lesbians get raped and killed because it is accepted by the community and by our culture.”

For LGBT people in India, which has minimal legal protections, a culture opposed to homosexualtiy is producing similar instances of corrective rape. Though the number of reported cases is still relatively small, that hasn’t stopped Tadanki from making her film, in an attempt to halt any further instances.

“I won’t give up,” she said, “because a discussion on corrective rape needs to be initiated.”