An abundance of nightlife offerings swirling around Capital Pride 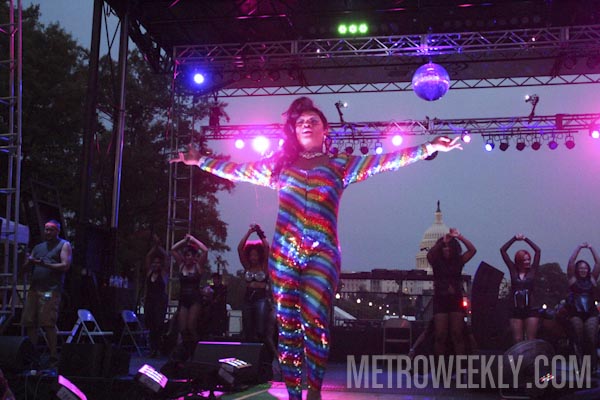 It’s been many years since Capital Pride was held in that small park off of Dupont Circle fondly dubbed the P Street Beach.

“It started as just 100 or so people,” says Ed Bailey, co-owner of Town Danceboutique. “It really felt like family.” Over the past forty years, that family has swelled by thousands and positioned itself in the heart of town. The celebrations used to be smaller and more intimate, too. Now, however, pride celebrations are being held across the DMV region.

“With social media, it’s so much easier for people to find one another,” Bailey says. “And to find the perfect party for them.” Since it opened in 2007, Town has been at the center of Pride celebrations. “At our first Pride Party, we had RuPaul,” he says. “It was the first season of RuPaul’s Drag Race, so there really weren’t any Drag Race queens we could bring in. We’ve kind of grown up with the show.”

This Pride, Town will be brimming with Drag Race Royalty. Kicking off the weekend, April Carrión will host LA FIESTA, the Latino Pride Dance party, on Thursday, June 11th, featuring DJ Joe Especialista of Zol 107.9 and other local Latino Drag Queens and Kings. Then, on Friday, June 12th, Detox will host DC’s Sexxxiest Boy Contest. For a chance at the prize, show up at Town before midnight. Wrapping up the weekend on Saturday, June 13th, DC’s Largest Pride Party featuring Season 7 finalist Ginger Minj and current reigning queen Violet Chachki. Doors for the meet and greet open at 7 p.m., but it’s ticket-only girl. 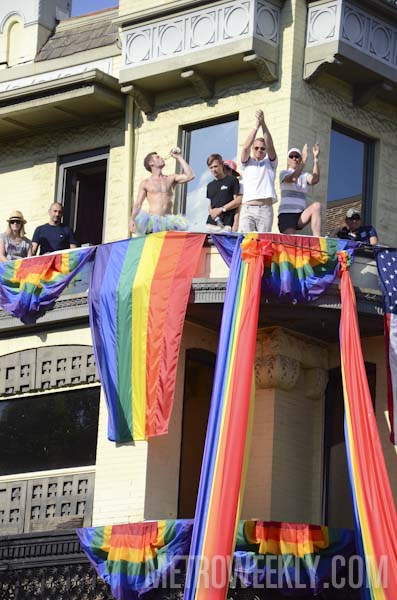 And those won’t be the only Ru-Girls in the District this season. On Monday, June 8th, Cobalt will host their Night of 1000 Queens, featuring Miss Congeniality Latrice Royale, Town Showgirl Tatianna, the zany Mimi Imfurst, and the ever-portable India Ferrah. And if you’re feeling a bit nostalgic, make sure you catch Brightest Young Thing’s Flashback Opening Party on Friday, June 12th. Pearl from Season 7 and Party girl Adore Delano will be dancing the night away with local drag celebrities like Miss Summer Camp, JaxKnife, Pussy Noir, and a host of other entertainers.

Not into Drag queens? No problem! There are plenty of dance parties you can shake on over to after the parade. DJs Shea Van Horn and Matt Bailer are hosting MIXTAPE at 9:30 Club on June 13th. Get pumped for Pride with their high-octane alternative beats. Or if you’re on 17th Street, check out DJs Trevor Martin, Mikey Mo and MF3 spinning at Cobalt. And on Capitol Hill, DJ Lez Rage is hosting a Stonewall Tribute party complete with a selfie station where you can create your own inspirational messages, paying tribute to those who’ve fought for equality.

If you’re looking for a prime seat for the Capital Pride Parade, grab a beer at JR.’s Biergarten, now in it’s 15th year. “We probably have the most diverse crowd at JR.’s,” says general manager Dave Peruzza. “We don’t just cater to bears or twinks. Our customers are all over the place.” Even gingers are getting their own Pride party at JR.’s! On Thursday, redheads drink for free from 10 p.m. to midnight.

South of the District border, Freddie’s Beach Bar will have Freddie’s Follies on Saturday, June 13th, hosted by Steven Andrade as Cher, with no cover for the show. Ziegfeld’s/Secrets will have its usual lineup of drag queens and dancers featuring DJ Tim E on Friday, June 12th, and DJ Steve Henderson on Saturday, June 13th. And Rock Hard Sundays at The House will feature all-nude male dancers on Sunday, June 14th, starting at 7 p.m. with a portion of the $15 cover donated to Capital Pride.

Need some hair of the dog after spending all Saturday partying? Then head over to Nellie’s rooftop for Guil-Tea with DJ Shea Van Horn on Sunday, June 14th. Or maybe join the DC Kickball Mixer over at JR.’s for their Sunday Funday event, with $15 All-U-Care-2-Drink from 4 to 8 p.m. Of course, that’s if you aren’t already heading down to the Capital Pride Festival for the day to lounge (well, bake) in the sun and partake in Wilson Phillips, En Vogue and a bit of Carly Rae.

For more info on these and other area gay bars, visit MetroWeekly.com/nightlife. Also, tell us how you celebrate pride! Use the hashtag #MWPride on your pictures and tweets and you might wind up in the next issue of Metro Weekly.

← Previous Story Hot Chip to jumpstart the weekend at Echostage
Next Story → Pride AfterHours, and at All Hours