Alaska Thunderfuck and the music of RuPaul’s Drag Race alumni

Missing RuPaul's Drag Race? Make sure you check out these new albums from our favorite Drag Race Queens 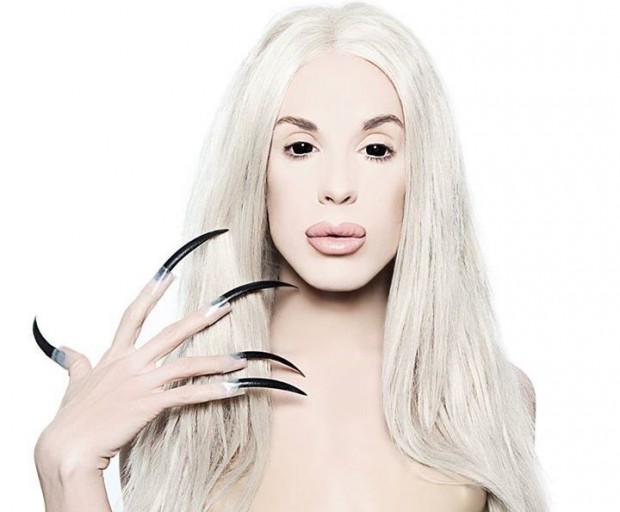 “This is like the summer of drag music,” says Alaska Thunderfuck. “We’re really gaining some visibility. And everyone is doing their own thing.”

The season five finalist of RuPaul’s Drag Race is right. Since the premiere of the cult show, alumni have been releasing their own songs, following in the footsteps of the queen mother herself. However, this summer, the iTunes music store is brimming with new singles from a number of them — and it’s unlike anything that’s come before.

Each has developed her own unique style appealing to a wide variety of Drag Race fans. Shartistry in Motion, Willam Belli’s latest album, features the season four comedy queen’s own brand of parody. Most songs are a fun and raunchy nod to Top 40 hits from notables like Taylor Swift and Wilson Phillips. And despite First Amendment protection, the blonde bombshell gives more than a passing nod to the artists she parodies. In Ride for AIDS she sings “Please don’t sue us Taylor Swift/we’re dogooders/Gave you credit right down there in the footer.”

However, not every queen aims for comedy, as this season’s contestants are making their own mark on music. Miss Fame’s new album, Beauty Marked, features electronic beats over pop lyrics that are too good to get out of your head. Not into pop? Check out the flazéda style of Pearl’s new house album Pleasure. Less for dancing, and more for chilling, Pearl shows that she’s not just relying on pretty with her music. With distorted vocals, and addictive drum snares, Pleasure shows us a side of the RPDR ladies we haven’t seen before. Last, but not least, we have current Drag Race superstar Violet Chachki’s new album, Gagged. The young queen shows more bondage than beauty in her musical talents, reminding us who’s in charge while serving a style that is a fusion of glam rock and queer punk, with a decidedly 1950s twist.

So why all this new music? Alaska has a theory: “Well, drag queens love money,” she says, “But also, we want our music to appeal to as many people as possible.”

“If I say one [song] is my favorite, then the others will get jealous and I’ll have to take them out for ice cream.”

Appropriately, the quirky queen’s debut album Anus — which recently hit number one on the iTunes Dance chart — features a track called Gimme All Your Money. Alaska’s Anus is an essential playlist for any lover of drag.

“They always tell you to write what you know,” Alaska says, “I know about drag queens, so I wrote about drag queens.” Though silly, Anus is anything but sophomoric. Each song has a distinct sound that ranges from the spoken-word dance vibes of This Is My Hair to the lyrically sweet Pussy. “I love all my songs. I can’t pick a favorite,” she laughs. “If I say one is my favorite, then the others will get jealous and I’ll have to take them out for ice cream.”

Of course, for Drag Race fans, the real fun comes when other queens pop up as featured artists on certain tracks. Listen to the above records and you’ll hear Courtney Act — whose own Kaleidoscope dropped this week — Laganja Estranja, Latrice Royale, and many more. It’s obvious that these queens are a family, dedicated to supporting one another in wherever their post Drag Race endeavors might take them.