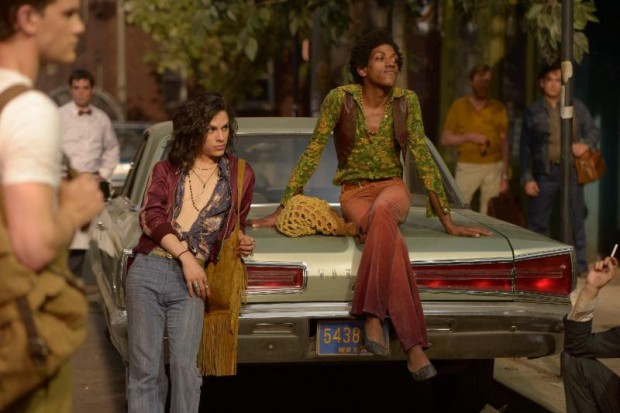 The Stonewall riots were a landmark moment in the fight for LGBT rights. On June 28, 1969, police raided the Stonewall Inn in Greenwich Village, NYC, a mafia-owned hangout for the local gay community. Tired of constant raids, fuelled by the ’60s counter-culture, and desperate to be treated as normal human beings, the patrons fought back.

Now, Hollywood — in an incredibly timely coincidence — is cashing in on that rich history at a time when gay rights have never been more loudly discussed. With marriage equality, employment discrimination, and the acceptance of transgender servicemembers in the military all hitting headlines in recent weeks, Roadside Attractions have announced that this September Stonewall will hit theatres, offering a fictionalized telling of the infamous riots.

“I was always interested and passionate about telling this important story, but I feel it has never been more timely than right now,” said director Roland Emmerich (Independence Day, Day After Tomorrow, 2012), who is openly gay.

“[The riots were] the first time gay people said ‘Enough!'” explains Emmerich in a statement. “They didn’t do it with leaflets or meetings, they took beer bottles and threw them at cops…. Stonewall was the first time gay people stood up and they did it in their own way. Something that really affected me when I read about Stonewall was that when the riot police showed up in their long line, these kids formed their own long line and sang a raunchy song. That, for me, was a gay riot, a gay rebellion.

“What struck me was that there was a story in there, which I felt had an important message,” he continued. “It’s the people who had the least to lose who did the fighting, not the politically active people. It was the kids that went to this club that consisted of hustlers and Scare Queens, and all kinds of people that you think would never resist the police, and they did it.”

Stonewall will tell the fictional story of Danny Winters (Jeremy Irvine), a young man kicked out of his parents’ home who finds himself in New York City. It will follow him as he befriends a group of impoverished LGBT youth, who introduce him to the Stonewall Inn. There, he gets swept up in the violence and rioting that would eventually ensue.

If it screams Oscar bait, you’re not the only one hearing it. Emmerich is releasing his film September 25, peak time for drama-rich films to vie for the attention of Academy voters. If he and writer  Jon Robin Baitz can dial back the schmaltz and offer something akin to Selma, we could be looking at an incredible cinematic moment for the LGBT community.

Or, Emmerich will somehow find a way to make it a schlocky, CGI-heavy mess. It remains to be seen.

Rhuaridh Marr is Metro Weekly's online editor. He can be reached at rmarr@metroweekly.com.
← Previous Story Review: Tangerine
Next Story → Do I Sound Gay? (Review)