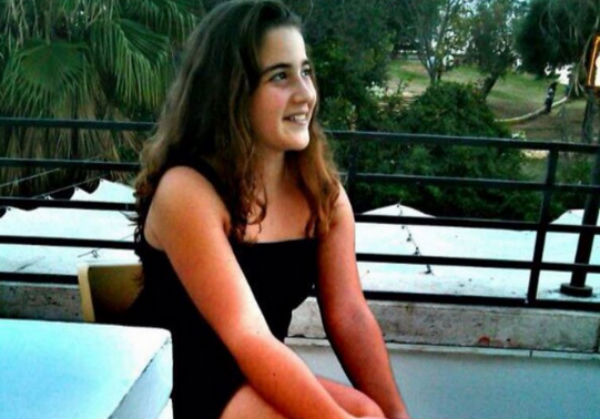 Thousands of mourners and allies of the LGBT community on Monday attended the funeral of a 16-year old girl who was fatally stabbed during the recent Jerusalem Gay Pride Parade, according to The Jerusalem Post.

Shira Banki was one of six victims stabbed by Yishai Schlissel (also spelled Shlissel), an Orthodox Jew, during the Pride parade. Schlissel was previously jailed for 10 years after stabbing three other parade-goers at Jerusalem’s 2005 Pride event. He was released from prison just three weeks before this year’s parade.

Banki died on Sunday as the result of massive bleeding due to a wound in her back, which caused her to lose blood pressure and lose consciousness, depriving her brain of oxygen, according to doctors who treated her injuries. Following her death, thousands attended her funeral, where her parents euologized her. Although Banki was not part of the LGBT community, her parents said they were proud of their daughter’s dedication to equal rights and to tolerance for all people.

Israeli Prime Minister Benjamin Netanyahu issued his own statement extending his condolences to the Banki family. Netanyahu said Banki “was murdered because she courageously supported the principle according to which everyone is entitled to live their lives respectfully and with security.”

“We will not allow the abhorrent murderer to undermine the fundamental values upon which Israeli society is based,” Netanyahu said. “We strongly condemn the attempt to instill hatred and violence in our midst and we will deal with the murderer to the fullest extent of the law.”

An investigation into how Schlissel was not being monitored after his release from prison is ongoing. He allegedly gave an interview to a radio station just days before the attack in which he said “the fight continues against those who defile” God, and handed out pamphlets asking people to protest allowing the parade to go forward, according to I24News.

The Jerusalem Post reports that at a Friday court hearing, the day after the stabbing, Schlissel said he did not recognize the court’s authority because it does not “follow the rules of the holy Torah,” also calling the court “part of the mechanism of evil.” He said he did not intend to cooperate with any of the proceedings as the case against him for this latest attack moves forward.

The investigation looking into why police were not aware of the potential threat Schlissel posed to the parade-goers, particularly as he had committed a similar offense 10 years ago, remains active. The committee overseeing the investigation is expected to release its fundings in two weeks.

John Riley is the local news reporter for Metro Weekly. He can be reached at jriley@metroweekly.com
← Previous Story Six stabbed at Jerusalem Pride, suspect committed same crime 10 years ago
Next Story → Uganda’s Pride parade will go ahead despite dangers