Samsung's latest smartphones are compelling, but the company has a track record of disappointing its users with awful software 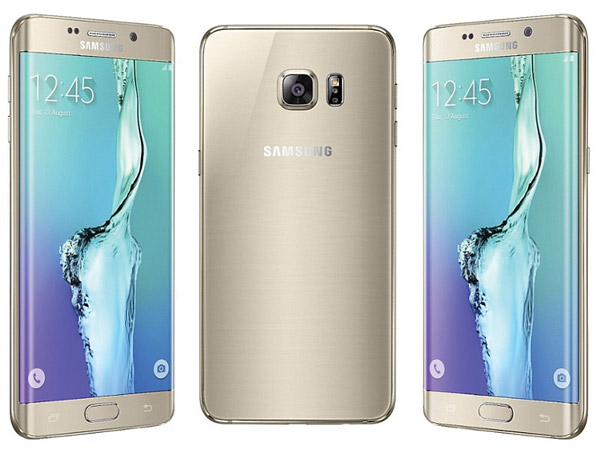 Last week, Samsung released its latest and greatest smartphones to incredible fanfare. In a launch specifically timed to command column inches and consumer attention ahead of Apple’s next iPhone, the Korean company offered its newest wares with the typically confident declarations and assertions that one would expect. This week, Samsung would very much like you to place your hard-earned cash into their pockets by buying either the Galaxy Note 5 or the Galaxy S6 Edge+ when they become available on August 21. My advice? Don’t bother.

That’s not something I say lightly. I’m an ardent Android fan. I’ve used the operating system almost since launch — 2009’s HTC Magic, the second Android phone, was my first taste of Google’s operating system. I was instantly hooked. Bouncing between various manufacturers in succeeding years, it’s Samsung’s devices that have remained a constant companion in my pockets. After the Galaxy S2, perhaps Android’s first true flagship device, I’ve owned every iteration of the Note series. This year, I switched from the Note 4 to the Galaxy S6 Edge. Unfortunately, Samsung’s metal and glass device, the first to truly warrant its premium price tag, was a bitter disappointment.

The S6 was Samsung’s relaunch. It was to be the perfect marriage of metal, glass, power and usability. And it was — for the first week or so, anyway. 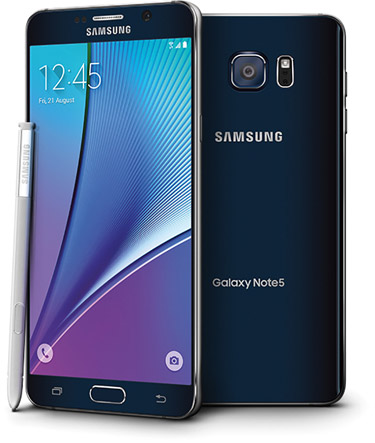 For years, Apple fans (and many Android users) have levied intense criticism at Samsung for their approach to software. Touchwiz, a custom interface that Samsung shoehorns in on top of Android, gained a reputation as a bloated, buggy mess. Eager to standout, Samsung would cram it with outlandish features — Answer a call with a wave! Scroll through a website by looking down! Pause a video by looking away from the screen! These features were seldom reliable, while a number of preinstalled apps would bog down the interface and consume precious resources.

The S6 was Samsung’s relaunch. It was proof that they were capable of building hardware as desirable as Apple’s, while Touchwiz had been sent to bootcamp to become leaner, cleaner and more capable. It was to be the perfect marriage of metal, glass, power and usability. And it was — for the first week or so, anyway. A common problem with Samsung devices is that, after a certain amount of time, they’ll start to bog down. You’ll encounter lag, stuttering, slower app launches, minor crashes. Touchwiz, the great, hulking brute that it was, would start to curl up and die under the strains of everyday use. On the S6, it’s sadly no different. Desperate to keep battery life strong, Samsung coded in an aggressive form of memory management that would shut down anything and everything running in the background. The result? A device that is constantly loading. Jump between websites, a simple task, and you’ll wait for them to reload. Switch between apps and data will be lost. Return to the homescreen and the S6 will pause, desperately trying to remember what said homescreen looks like.

An update to Android 5.1.1, the most current version, fixed nothing. Completely resetting the phone and starting fresh does nothing. Crying and throwing your phone at the wall will do nothing — particularly for your bank account.

What’s more frustrating is that Samsung is keenly aware of the problem, but have so far failed to fix it in any updates to the S6. Users have been left with a flagship that can be outperformed in normal tasks by budget devices like Motorola’s Moto G. It’s a pattern of indifference replicated elsewhere. Those who bought last year’s flagship Note 4 have even greater reason to complain. That device’s update to Android 5.0 introduced a myriad of bugs and problems. Samsung has subsequently ignored it for most of 2015, instead releasing Android 5.1 to a series of budget and midrange phones while Note owners scream their frustrations on forums. Even Sammobile, a website with more than a hint of Samsung bias, has started to criticize Samsung’s seeming disregard for those who buy their most expensive devices.

I found Samsung’s software issues so distasteful that it had arguably the worst possible effect: I walked straight into the arms of their closest competitor, Apple. I’ve owned an iPhone 6 Plus for almost a year now, but it wasn’t until it became clear that the S6 was just business as usual for Samsung’s shitty software department that I began using the iPhone as my main device. The iPhone has a slower processor and less RAM, but I can count the number of times it’s crashed on one hand. Switching between apps is near instant. Everything works. It’s easy to see why so many people love their iPhones. To many consumers, Samsung is Android — and it’s doing an awful job of convincing users that they should opt for another Android manufacturer when the iPhone is waiting to do everything they want, with a basic level of competency.

There are those who will say that this time it’s different. This time, Samsung has quelled the bugs in Touchwiz. This time, they’ve finally managed to optimize Android for their hardware. This time, users won’t be left wondering why their phone has started to degrade mere days after activating it.

On first glance, the signs are there that Samsung may have focused on optimizing their hardware. The Note 5 and S6 Edge+ are practically identical internally to the S6 and S6 Edge released earlier this year — that allows for greater optimization of their software given the similarities.

They’re also incredibly similar to one another. Both feature 5.7-inch displays, pushing 2560×1440 pixels (that’s Quad HD) for an eye-pleasing density. Both are running Samsung’s home-brewed, eight-core Exynos processor, paired with 4GB of superfast RAM. Both have 16 MP cameras. Both have either 32 or 64GB of storage. Both have 3,000 mAh batteries and wireless charging. Both are glass and metal devices with no removable battery or MicroSD slots.

The main differences are in purpose. The S6 Edge+ is very much focused on fashion. Featuring Samsung’s jaw droppingly beautiful curved display technology, its screen spills over the sides of the device. It’s just 0.27 inches thin and weighs 5.4 ounces. Samsung has baked features into Touchwiz letting users open apps and perform other functions on the edges of its display.

The Note 5 is the more work-oriented of the two. It swaps the curves for the back of the device — it’s an Edge+ but backwards. Nestled in its body is Samsung’s S Pen stylus, which allows users to take notes, draw pictures, annotate PDFs and other such functions. It’s slightly fatter at 0.3 inches and heavier at 6 ounces.

Both devices are available to buy starting August 21 at every major carrier. Expect the Edge+ and its fancy screen to command a premium, but really, neither device is going to be cheap.

I can’t believe that Samsung have magically transformed their entire ethos in the four months since the S6 launched.

And that’s the point of contention. If Samsung sees fit to charge iPhone prices for its devices (and sometimes more, depending on storage chosen), it needs to match Apple in usability. I can’t in good conscience believe that Samsung have magically transformed their entire ethos in the four months since the S6 launched. Perhaps they’ve spent those months further refining Touchwiz. Perhaps they’ve fired their software team and hired competent programmers. Perhaps the S6 was rushed to launch and that’s why it was so inefficient.

If you’re tempted by Samsung’s newest devices, there’s likely little I can do to dissuade you from jumping on the bandwagon immediately. That’s exactly what I would have done previously. Samsung arguably makes some of the most compelling devices in the industry — especially with their new, premium design ethos. It’s what convinced me to switch to the S6 Edge back in April.

However, I’d strongly advise you wait a month. Perhaps two. Reviewers will typically test a device for a week or so, which is great for getting an impression of a smartphone, but useless for determining long term stability. Wait until users have their hands on them, have put Samsung’s phones through their paces, and determined whether Touchwiz really can be a usable, efficient software experience.

What’s more, by October your options will have increased dramatically. Motorola’s Moto X Style will be available, marrying a clean version of Android with a customizable, premium body. Sony will likely have launched its latest Xperia flagship, which rumors suggest will finally be a worthy upgrade. Google will have revealed its next Nexus devices, developed with a manufacturer to showcase Android at its best. And, of course, Apple will have unveiled the iPhone 6S.

A smartphone is, for most people, a long haul purchase. You’re sticking with it for at least a year, likely dropping a few hundred dollars to upgrade, and expecting it to do everything you demand on a daily basis. Do yourself a favor: don’t immediately jump into bed with Samsung’s latest devices. Good things come to those who wait.