Kennedy Davenport mixes beauty and brains in one flawless package 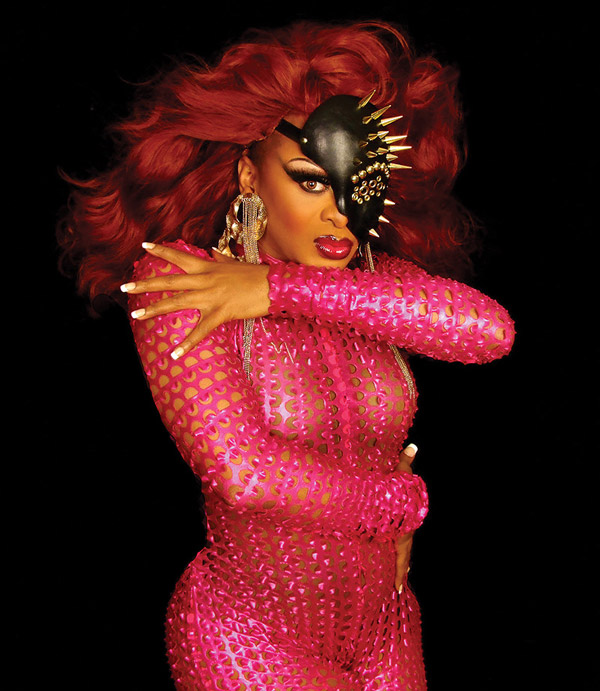 “You won’t ever catch me in something that won’t scream Kennedy Davenport,” says the RuPaul’s Drag Race season seven finalist. “Although, I always gotta wear some good hair.”

The pageant queen, with the high hair and meticulous makeup, is making her D.C. debut Saturday at Town Danceboutique. Well, at least since her star reached supernova. “I think I was back there for the Miss Latino Universe Pageant,” she recalls. This year, however, she’s sure to leave a mark no one will forget.

A drag veteran, Davenport knows her style and how to serve it to whatever audience she finds herself in front of. “I love to entertain,” she says. “Even before I did drag, I always loved to sing and dance.

“I actually started drag,” she continues, “because my best friend told me I’d look pretty as a girl.” With her innate talent for entertaining and looks to kill, Davenport sashayed her way right up to Ru’s door — and almost took the crown. Now, Davenport is taking her time to enjoy her success.

While other girls are working on new albums, YouTube channels, and even fragrance lines, Davenport is working on her house — or at least, paying someone to work on it. “I ain’t doing that shit,” she says. “I paid someone to do it. Right now my plumbing is a mess.”

“I’m not the kind of girl who’s willing to go into debt for new endeavors. I work smarter.”

Fans might be eating up Alaska’s Anus or buying Pearl’s Flazéda perfume, but Davenport has no plans to follow her fellow queens. “You wanna cut a single? That single costs money,” she says. “Other special projects that the girls go into, they cost money. To be honest, I’m not the kind of girl who’s willing to go into debt for new endeavors. I work smarter. These girls have to put their own money up. It’s not worth it.”

For Davenport, there’s something else to focus on: her fans. “The thing I like about drag the most is the opportunity to meet other people,” she says. “The opportunity to entertain all over the world.” Post-RuPaul, Davenport has been touring, meeting, and entertaining the fans that come out for her night after night. And for those who visit Town next Saturday, they can be assured of an incredible show.

“You know wherever I go I give one hundred percent,” Davenport says. “Just an ole’ girl on stage giving her life, and hoping everyone get their life too.”

← Previous Story Fashion Rocks: Alotta Stuff Pop-Up at Gay/Bash
Next Story → Keep the Lights On: Art After Dark at AMA