Pitch Perfect was his breakthrough, but it's Dear Evan Hansen that will make Ben Platt a star 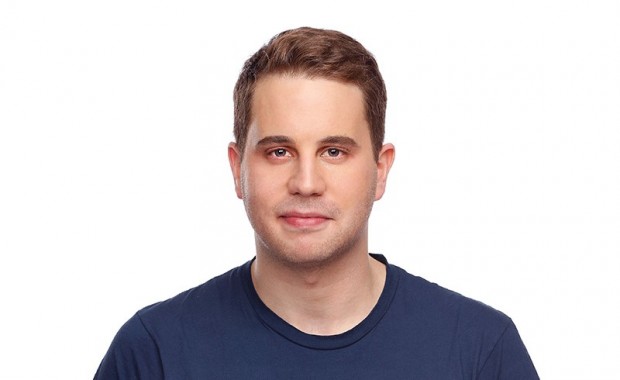 “We really didn’t have any idea it was going to be what it was,” Ben Platt says of the Pitch Perfect franchise. “And so it was very pleasant and a lucky surprise that the first film I worked on became such a phenomenon.”

In the three years since the 21-year-old Platt came to fame as the nerdy-cute Benji Applebaum, the Los Angeles native has gone on to star on stage as Elder Cunningham in The Book of Mormon. While hopeful that his Treblemaker character will return for Pitch Perfect 3, scheduled for release in summer of 2017, Platt’s focus for the near future is on his acclaimed work in the title role of Dear Evan Hansen. “I don’t know exactly what the plan is,” he says, about the musical’s future, “but we’re very hopeful that it’ll move forward somewhere. And wherever that place is, I’ll be there.”

METRO WEEKLY: How much do you identify with the character of Evan Hansen?

BEN PLATT: I can certainly relate to the feeling of wanting to be part of something and to be sort of accepted. I think everybody kind of has that in them. I would consider myself a little bit more socially sufficient in terms of my ability to speak to people. I had to base his social awkwardness more on people I’ve encountered in my life, the way that I may feel in certain situations, and how I might manifest my anxiety were I not better at keeping it squelched, because I do have my fair share of anxiety. I come from a big Jewish family and we all have our neuroses and our anxieties. And I’ve definitely had experiences in the past having to deal with that in terms of therapy and that sort of thing.

MW: You definitely are immersing yourself in the role, showing a wide range of emotions. Is it exhausting?

PLATT: Yes, it’s certainly draining. And I do have to give all of myself during those two hours. But it’s really a joy to feel like you’re using everything at your disposal and all the tools in your box. I’ve had a lot of experience in the preceding years playing characters that are very marginalized and specific. Of course, I’ve loved all the projects that I’ve been able to work on, but in doing them for so long it can get exhausting because you’re using the same facilities over and over again. Whereas with Evan, while it may be draining night to night, it’s just incredibly fulfilling. I can experience the full range of emotions, use all the parts of my voice, use my whole body, and live a whole story.

MW: Evan is not necessarily likable, and yet you manage to somehow keep us on your side.

PLATT: That was definitely the danger and the fear of the creative team. He makes a lot of morally ambiguous choices, and this is the hero of the story. And he’s not always doing necessarily what’s right. I think the reason it’s so successful is because they make sure that you are fully aware of what Evan is thinking at all times and what his intentions are in every moment. I feel like if there was ever a moment where you feel like you couldn’t really see inside him, you may not necessarily stay with him or stay on his side. So the fact that it’s written so fully from Evan’s perspective, and that you really feel like you know this kid, helps you to stay with him.

MW: Is it correct that you’ve been acting for more than half your life?

PLATT: I started working professionally when I was nine years old — mostly musical theater, and a bit of straight theater. And on camera starting with Pitch Perfect when I was 18. Yeah, I really can’t remember a time before I wanted to be on stage.

MW: Do you come from a family of actors and singers?

PLATT: My father is a producer, so he’s in the business. All of my siblings and I grew up doing musical theater programs — in terms of after-school stuff and being in the school musicals. We’re a very Jewish family, so we would sing a lot in synagogue, and at any bar mitzvah or wedding we always do a song together. We’re definitely a musical family, but I’m sort of the only one that’s pursued it, a professional life. I’ve been studying voice with a teacher since I was 11 or 12.

MW: So we’re not going to be seeing other Platts to come?

PLATT: Well, my older brother Jonah is in the business. He does a little bit of musical theater, but he’s primarily a comedian and writer. My two sisters, one of them is a teacher and one of them is a head programmer for a Jewish summer camp. And my younger brother is in high school, so we’ll see.

“With Evan, while it may be draining night to night, I can experience the full range of emotions, use all the parts of my voice, use my whole body, and live a whole story.”

MW: Is there anything specifically you hope to achieve in your career?

PLATT: In terms of theater, I would like to originate a role on Broadway — hopefully one day this role, or any role. And just sort of establishing myself further into the theater community has always been my biggest dream. In terms of on camera, I would love to start to play characters with a little more breadth and range, like the ones that I’ve been fortunate enough to play on stage, so I can have a bit more experience with fully crafting a person on camera. Because I feel like so far, I’ve had the opportunity to play more caricature-like people on camera — sidekick-y, sort of off-center kind of guys. I think that the only way for me to feel as comfortable on camera as I do on stage would be to start to play characters that are a little more fully realized.

MW: Do you aspire to be a singer or a recording artist?

PLATT: I don’t think that anything gives me quite the sort of fulfillment that being a character does. Certainly on the side I’ve done a few solo cabaret type of things, where I’ve sung. And maybe one day I’ll find that I want to record some sort of album, but I don’t think that I’ll ever be just a singer. I really like to use that part of myself in tandem with acting.

MW: And it must be great to be in a strong cast like the one you’re in now.

PLATT: Oh, it’s like a dream. First of all, just having such a small group, it’s really special because we all get to really bond. And working with people like Rachel Bay Jones and Michael Park and Jennifer Laura Thompson, who are veterans and are so well-respected and so talented and so experienced, it’s really special.

Doug Rule covers the arts, theater, music, food, nightlife and culture as contributing editor for Metro Weekly. Follow him on Twitter @ruleonwriting.
← Previous Story Being Jazz: An interview with Jazz Jennings
Next Story → Perfectly Composed: Pasek and Paul are the future of the American musical