By John Riley on September 2, 2015 @JohnAndresRiley 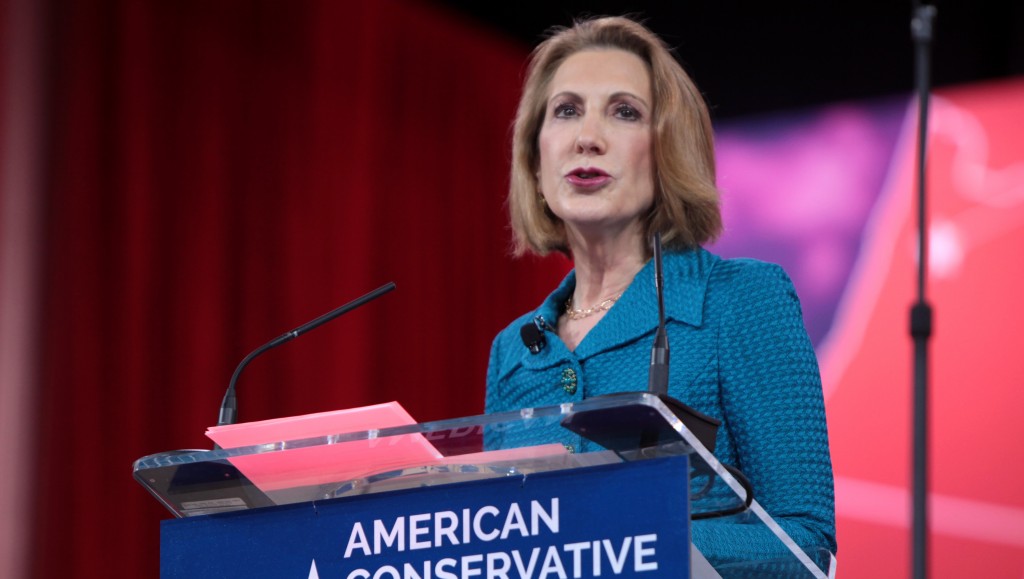 It looks like Kim Davis’ last stand will not be getting any support from Carly Fiorina.

As first reported by The Blaze, the Republican presidential candidate and former Hewlett-Packard CEO was asked by talk radio host Hugh Hewitt to weigh in on the case of Kim Davis, the Rowan County (Ky.) clerk who has refused to issue marriage licenses to any couple in the county due to her personal objection to same-sex marriage. Davis, who was elected as a Democrat in the rural Eastern Kentucky county in 2014, faces contempt charges for defying a court ruling finding that she should begin issuing marriage licenses to qualified couples by turning away two same-sex couples on Tuesday morning. She has claimed she is acting “under God’s authority.”

“First, I think that we must protect religious liberties with great passion and be willing to expend a lot of political capital to do so now because it’s clear religious liberty is under assault in many, many ways,” Fiorina said, appearing to be mindful of the conservative bent of Hewitt’s listeners. “Having said that, when you are a government employee, I think you take on a different role. When you are a government employee as opposed to say, an employee of another kind of organization, then in essence, you are agreeing to act as an arm of the government.”

Fiorina continued to say that even though she disagrees with the Supreme Court’s decision to legalize marriage equality nationwide, she does not believe that Davis should continue practicing civil disobedience. Fiorina advised Davis to examine her conscience and decide whether she wants to keep her job — in which case, “she needs to execute the government’s will” — or whether she would be better suited seeking employment in the private sector.

“Given the role that she’s playing, given the fact that the government is paying her salary, I think that is not appropriate,” Fiorina said. “Now that’s my personal opinion. Others may disagree with that, but I think it’s a very different situation for her than someone in a hospital who’s asked to perform an abortion or someone at a florist who’s asked to serve a gay wedding. I think when you’re a government employee, you are put into a different position, honestly.”