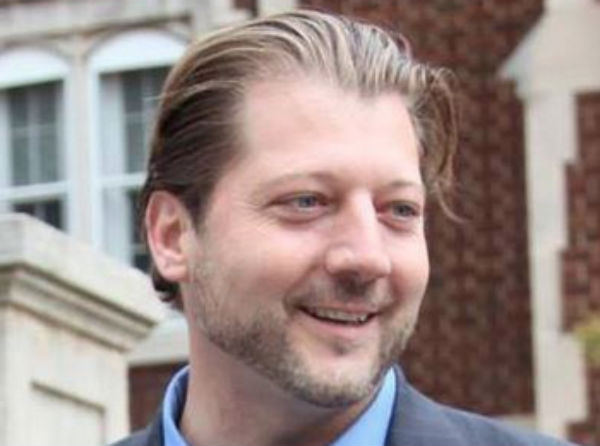 Councilmember David Grosso on Tuesday introduced a bill aimed at ensuring all school-based personnel to receive sufficient training on youth suicide prevention and intervention, with particular focus on creating an “affirming environment” for at-risk sub-groups, including LGBT youth.

The bill, as written, would direct the Office of the State Superintendent of Education to adopt rules requiring that all school-based personnel receive at least two hours of youth suicide prevention, intervention and postvention training each year, as well as an approved training curriculum for those employees.

The bill also requires D.C. Public Schools and any individual or group of public charter schools operating under a single charter to adopt suicide prevention and intervention policies, administer school climate surveys with a breakdown of data for several student sub-groups, and report the results of those surveys back to OSSE, the D.C. Council and the State Board of Education.

Grosso has touted the bill’s benefits, saying it will provide assistance to various sub-groups at greater risk of suicide. According to the 2012 Youth Risk Behavior Survey, administered by the Centers for Disease Control (CCD), 38 percent of D.C. LGBT-identified middle school students and 28 percent of LGBT-identified high school students had attempted suicide. The survey also revealed that more than 20 percent of high school aged Hispanic women and 14 percent of African-American young women had attempted suicide. According to Grosso, collecting data on various sub-groups like these will better help school and District officials to deploy mental health resources to the schools where they are most needed.

“These students should be learning and thriving, not planning to end their own lives,” Grosso said when he introduced the bill. Grosso’s office worked with advocates from The DC Center’s Youth Working Group, the Trevor Project, the American Foundation for Suicide Prevention to craft the bill. The measure has also received support from the National Association of School Counselors and the National Association of School Psychologists.

“We’re really optimistic about the Council’s response,” says Dr. Eddy Ameen, a psychologist and board member of The DC Center. Ameen notes that 11 other councilmembers have signed on as co-sponsors of Grosso’s bill, practically ensuring its passage. Only Councilmember Yvette Alexander (D-Ward 7) has not yet signed on as a co-sponsor.

Chris Obermeyer, a science teacher at Cardozo High School and one of two staff advisors for the school’s Gay-Straight Alliance, worked with The DC Center’s Youth Working Group in an advisory role on the bill.

“Suicide is something really important, and it comes up more often than I think most people expect in schools,” says Obermeyer. Obermeyer adds that the one of the benefits of the bill is that it requires teachers and staff to undergo the needed training as part of their professional development, meaning it’s not an additional burden that staff have to shoulder outside of school. Obermeyer said that the required collection of school climate data would be beneficial to tracking trends and highlighting problem schools where resources could be allocated to help students in higher-risk environments.

“The second-leading cause of death for 10- to 24-year-olds is suicide,” says Ryan Newcomb, the D.C. regional director for the American Foundation for Suicide Prevention. “This is a comprehensive approach that’s been developed, both in policy and in legislation…What this is going to do is not only provide data back to the Department of Education, City Council and all of the players to show the real impact of what’s going on and how anything we do is being effective. It’s going to mandate that all school personnel are trained in the warning signs of [suicide] prevention through best practices, programming and other efforts.”