By John Riley on September 10, 2015 @JohnAndresRiley 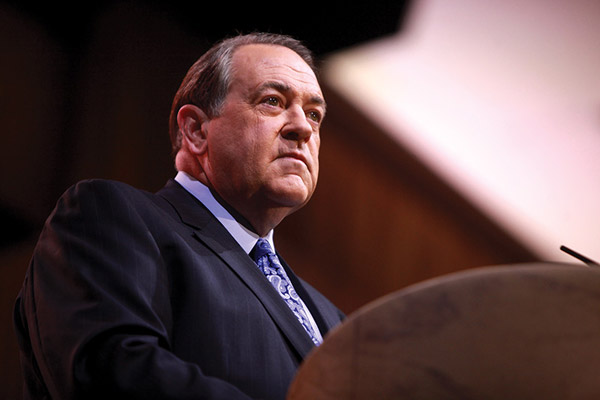 For someone so opposed to same-sex marriage, and his support of Rowan County Clerk Kim Davis for her similar stance, Mike Huckabee dodged an important question on religious liberty.

Asked by CNN’s Alisyn Camerota whether religious liberty would apply to a Muslim flight attendant who refused to serve alcohol, in accordance with her religious beliefs, Huckabee said, “I think people try to make accommodations wherever they can.”

The case to which Camerota referred was that of Charee Stanley, a flight attendant for ExpressJet who converted to Islam two years ago and refused to serve passengers alcohol in accordance with her religious beliefs. Although Stanley initially worked out an arrangement with her fellow flight attendants, one objected, and filed a complaint. As a result, the company rescinded the religious accommodation it had made for Stanley and placed her on unpaid administrative leave.

Huckabee then argued that there had been no attempt to make a religious accommodation for Kim Davis, noting that the U.S. government has tried to make accommodations for adherents to Islam in the past. He also attempted to frame Davis’ refusal as upholding Kentucky’s law banning same-sex marriage — since declared unconstitutional — as an example of “judicial tyranny,” with the Supreme Court overstepping its bounds to “redefine” marriage. Noting that only the legislative branch can pass laws, Huckabee said that neither Congress nor Kentucky legislators have voted to approve same-sex marriage.

“I think the most important issue in the presidential election is: What do we believe the Constitution teaches about the separation of powers, the distribution of powers?” Huckabee said, adding that he hopes to address the issue at the next Republican presidential debate.

But this is not the only instance where Huckabee has seemingly been caught flat-footed. He also dodged another question about the issue during an appearance on MSNBC’s Morning Joe when co-host Mike Brzezinski asked how he would respond if somebody who opposed divorce had refused to issue Davis a license for her third or fourth marriage.

Huckabee then danced around the issue, saying he didn’t follow Brzezinski’s line of questioning, and then arguing that her comparison of a clerk opposing divorce to Davis’ situation was not the same thing.

John Riley is the local news reporter for Metro Weekly. He can be reached at jriley@metroweekly.com
← Previous Story Survivor objects to “Eye of the Tiger” being played at Kim Davis rally
Next Story → Texas AG doesn’t want lesbian woman to inherit her partner’s estate