By John Riley on September 17, 2015 @JohnAndresRiley

The Mautner Project, the national organization specializing in health care and services for lesbians, will celebrate its silver anniversary at an annual fundraising dinner and awards ceremony.

But this year’s celebration, to be held Friday, Sept. 25, at Dock 5 at Union Market, will be different in style from previous galas, says Jacquetta Brooks, manager of Mautner Project. For instance, this year, the usual seated three-course dinner will change to a cocktail-style reception with a buffet featuring bottomless food and drinks and a dance, featuring a performance by ’70s-inspired group Gem Fatales and music from local DJ Deedub. Instead of dinner tables, the seating will be set up like a lounge area that one might find in a trendy nightclub.

“We really wanted to give it a VIP lounge space,” says Brooks. “We’ve tried to take that feel and translate it to this event, so that everyone feels like they’re having their own VIP party amongst friends.”

What won’t change is Mautner’s emphasis on the success of its various services, which include health care navigation and support services for those afflicted with cancer, health education and community workshops, weight-loss and risk reduction programs to battle obesity and obesity-related diseases, cultural competency training, and its volunteer elderly visitation program, PALS (People Advocating for LGBT Seniors).

“We are still honoring the work, and lesbian and bisexual women’s health, and people who are doing that work in the community, and LGBT health in general,” says Brooks.

This year’s award ceremony will be shorter and the number of award recipients smaller, Brooks says. Honorees are Ebone Bell, co-owner of Tagg magazine and a longtime supporter of Mautner Project and Whitman-Walker Health, which has housed Mautner since 2013; Schroeder Stribling, executive director of N Street Village, which provides services for homeless and low-income women in the D.C. area; and Dr. Jamie Lee Henry, a U.S. Army Corps medical doctor who became the first transgender woman to fully and legally transition while serving in the armed services.

Trending
A gay American was killed in Australia in 1988. Someone finally confessed.
Scenes from Mautner’s 24 anniversary celebration

“Like most cities or geographic areas, there’s always going to be a longing for affirming and welcoming spaces for LGBT people,” Brooks says. “Within the community, each cohort is going to want to carve out their own kind of space…. We want people to come together who are like-minded and mission-driven, to not only hear about the work that we’re doing, but to learn how they can get involved, and learn about what other people are doing in the community as well.”

Ponysaurus will donate proceeds from its Don't Be Mean To People beer in Lt. Gov. Mark Robinson's name

Ponysaurus brewery in Durham, N.C., has announced that it will donate a portion of profits from its "Don't Be Mean to People" beer to the “Lieutenant Governor’s Fund for the Fabulous.”

The fund will “help the LGBTQ community grow, thrive, and find acceptance” -- all in the name of Robinson’s “illustrious title,” reads a message on the Ponysaurus Brewing Company’s rainbow-adorned website. 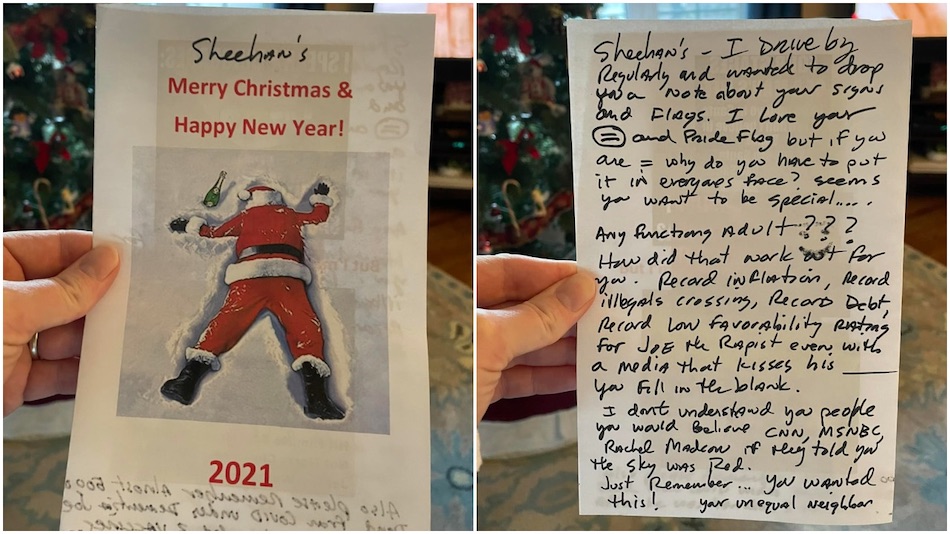