The iPhone 6S is an upgrade in almost every sense 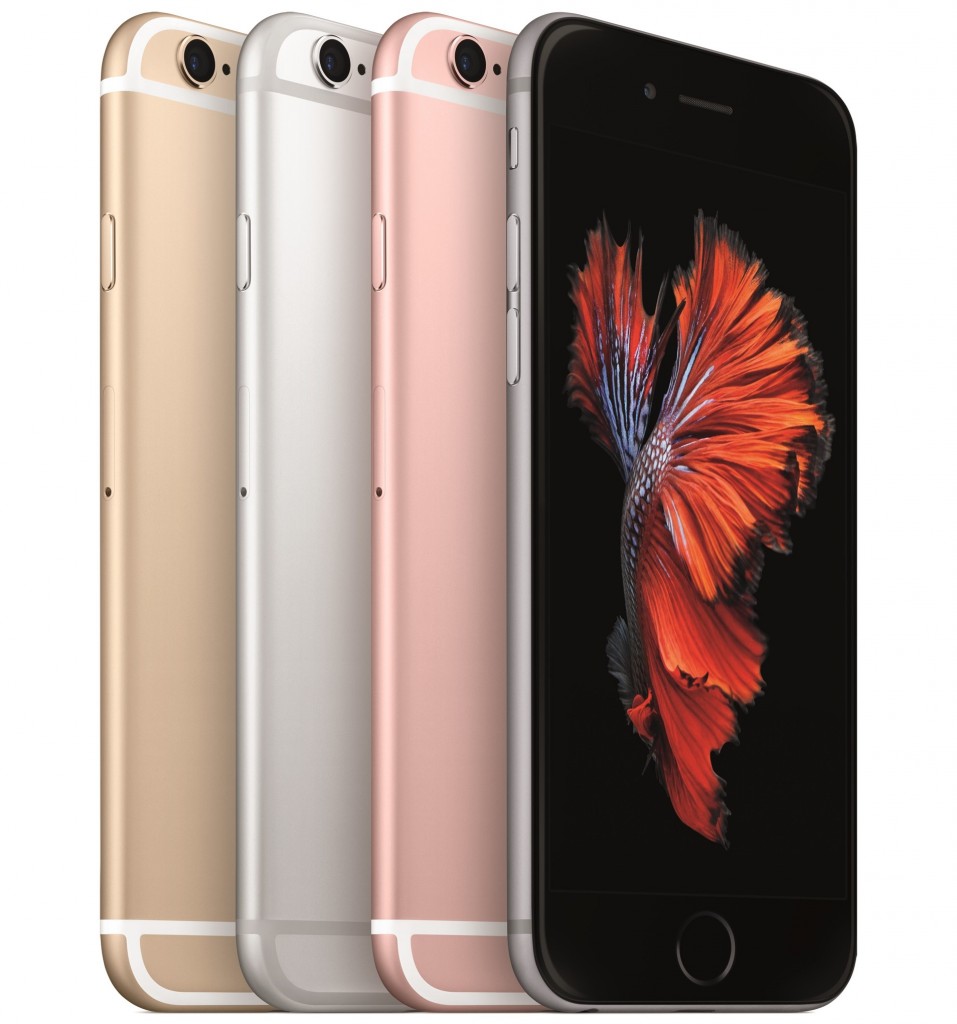 “The only thing that’s changed is everything.”

Apple, showing more than a hint of self-awareness, made light of the fact that its “S” iPhones are usually little more than a specs upgrade over the previous year at today’s launch event. While it’s true that, save for a new color, little has changed on the iPhone’s exterior, what’s going on underneath is substantially different from the outgoing iPhone. The 6S and 6S Plus really are an upgrade.

Let’s start with that exterior, though. Rose gold is now an option, alongside the usual space grey, gold and silver. Yes, that’s the same hue as Apple’s Watch — similarly, the Watch’s aerospace-grade aluminum is also here, which should help toughen up Apple’s somewhat dainty devices. Further aiding those who dare to leave their devices naked is a new, stronger glass covering the screen — that’s a welcome change, as my iPhone 6 Plus has picked up minute scratches despite a similar level of care to various Android smartphones.

Enough about the outside, though. It’s what’s inside that counts. Under that stronger glass is the same Force Touch technology that Apple ushered in with the Watch. In layman’s terms, it allows users to press the screen to varying degrees, producing different responses (and a vibration) from iOS 9. Apple have dubbed it 3D Touch and essentially it’ll let users “peek” at items, such as emails or messages, without having to open them, or preview images in a gallery. In Maps, you can drop a pin and then touch down to show a preview of navigation directions, for instance. It can also be used for shortcuts, such as hard pressing to launch certain apps or to multi-task between them — forcefully press the edge of the screen and a carousel of apps will open up. 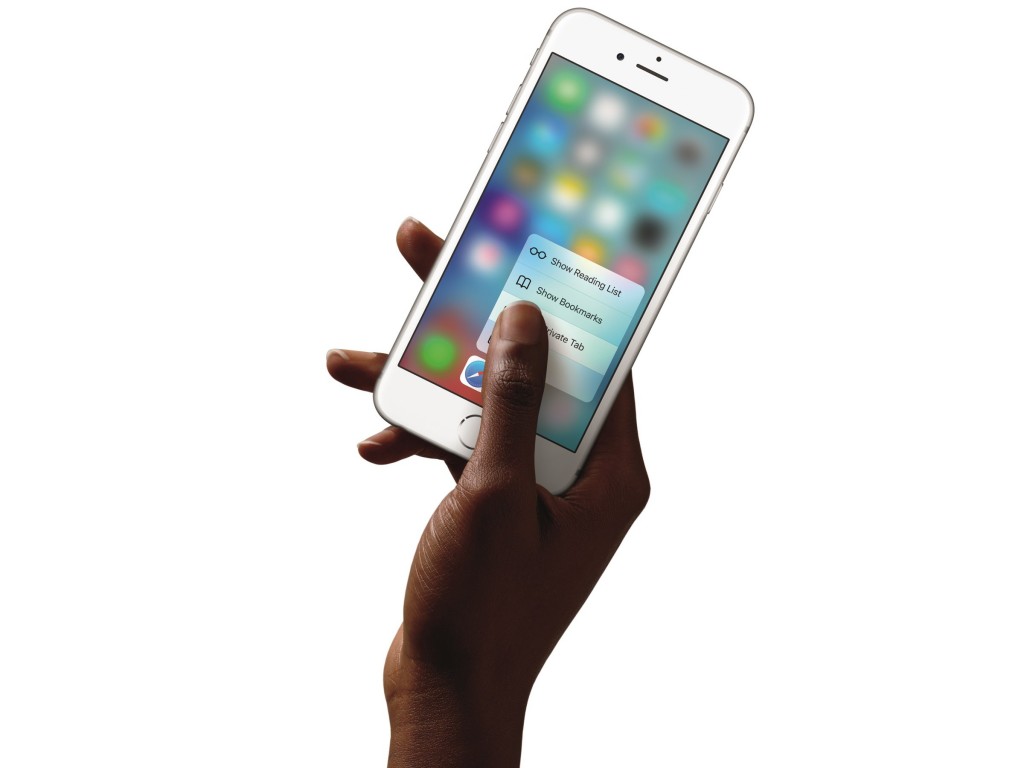 Powering all of this is the new A9 chip, which Apple claims to be 70 percent faster with CPU tasks and 90 percent faster with GPU tasks than last year’s iPhones. The M9 co-processor, which Apple uses to determine where you are and how you’re moving, is now embedded into the A9 chip and always on, which should make it more accurate in logging your activity. Underneath that 3D Touch display is a new Touch ID fingerprint sensor, too, which promises to unlock your phone twice as fast as before — given I’ve little complaints about the current iPhone’s speed, that’s only a good thing.

The 6S and 6S Plus’ cameras are also completely new. Faced with competitors sporting 16, 20 and 23 megapixel cameras, Apple has ousted its old 8 megapixel unit and bumped its sensor up to 12 megapixels. Apple claims it has worked hard to ensure that there are more pixels, but that quality hasn’t been impacted. As a reminder, Apple’s cameras use Sony technology, but they extensively tweak the final product — which is why Apple’s 8 megapixel iPhone could outdo Sony’s 21 megapixel-toting phones.

This new, larger camera looks to be a dramatic upgrade. Apple showed untouched photos that were supposedly lifted directly from iPhones (albeit ones handled by professional photographers). They showcased incredible colors and deftly-handled light balance, with the extra detail that the new sensor is capable of capturing really apparent. The iPhone is also now capable of shooting in 4K, again playing catchup with the Android crowd, but it’s a welcome feature nonetheless. The front camera has also been upgraded — it now shoots in 5 megapixels and uses the iPhone’s screen as a flash. It’s not as basic as Snapchat’s implementation, though. Instead, it analyses ambient light just like the main camera and flashes the correct color and brightness for the scene. Clever stuff.

Unfortunately, Apple’s penchant for proclaiming everything to be revolutionary once again led them to tread on others toes. The photos app now has a new feature — long pressing with 3D Touch will cause photos to loop, like a GIF, showing a small snippet of the moment they were taken. These images can be set as wallpapers and interacted with, while scrolling through photos will show slight moments of motion before locking into the final image. It’s an incredible feature, yes, and one which a lot of users will get a kick out of — take a photo of water ripples, for instance, and you’ll see the rippling in your gallery. Is it new? Not even close. Nokia have had a similar technology in their Lumia smartphones for over a year now — it was just as impressive there as it is here, albeit with Apple’s typical design flair (and a heavy dose of exaggeration to boot). 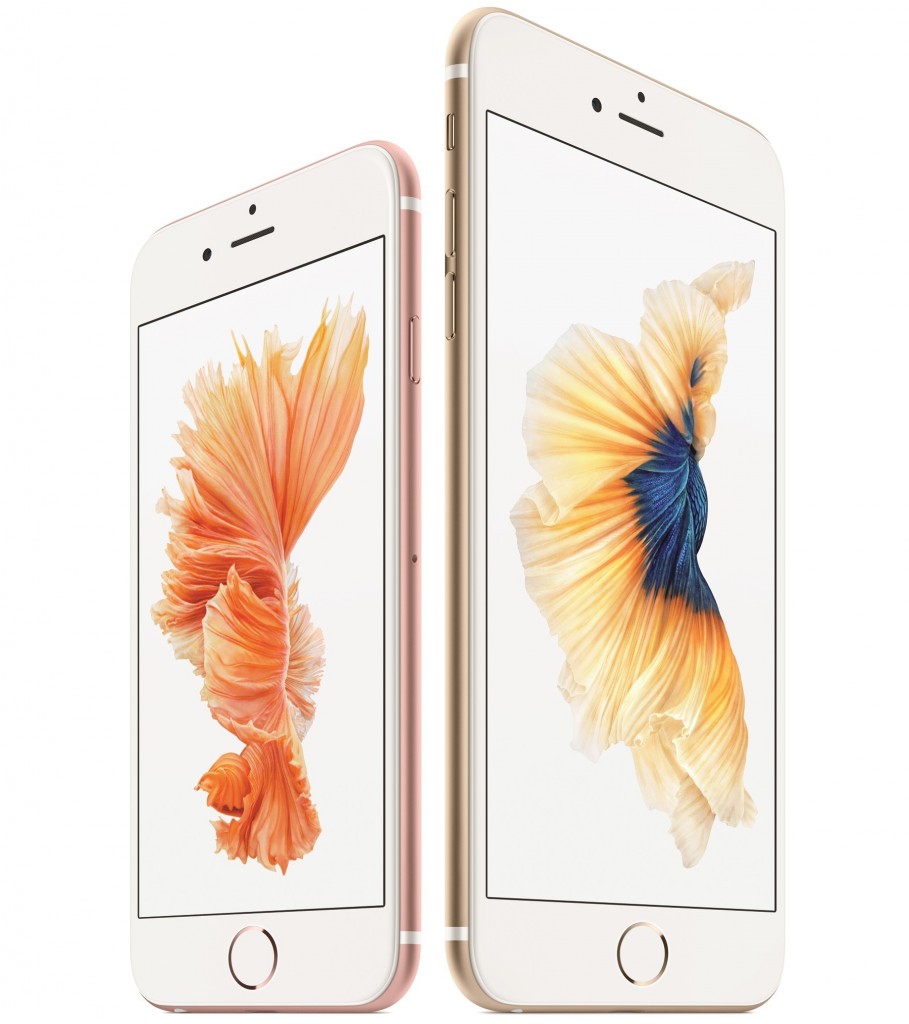 All-in-all, however, the 6S and 6S Plus could give even those who bought the original 6 pangs of envy. With a new method of interaction, new construction materials, new camera and new internals, the 6S is less of a refresh and more an overhaul. Apple are all too aware that they could even tempt some Android users into the fold — a new app to help Android fans switch to the iPhone is available, which Phil Schiller called “The neighborly thing to do.” Burn.

Apple also unveiled an upgrade program, similar to AT&T’s Next and others, which will let customers upgrade their iPhone every year (likely for a hefty charge) or every two years, with plans starting at $32/month. They come unlocked, you simply choose your carrier.

Preorders start this Saturday, September 12th, with both phones hitting stores on September 25th. For those eagerly awaiting iOS 9, it launches September 16th.