Home / News + Politics / Columns / Back Where We Started

Back Where We Started 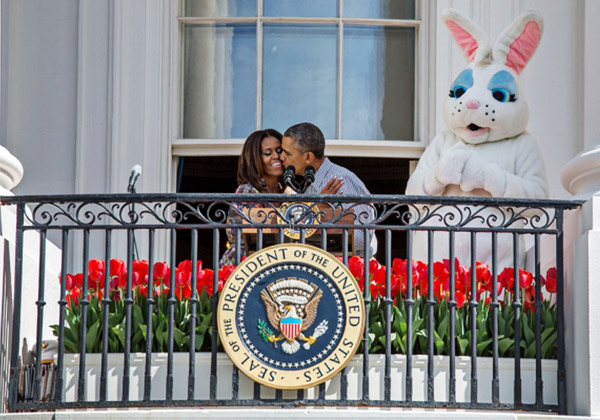 A small glimmer of optimism still lives within my cynically encrusted soul. I’d hoped that after taking a week-long break from political news, I’d find a refreshingly less crazy environment in our presidential election/entertainment complex.

As you can imagine, my small glimmer has been downgraded to a tiny flicker.

By way of explanation, my first awareness of politics was the Nixon era, when Watergate hearings interrupted Gilligan’s Island during the after-school television block — a tenuous awareness, given that I thought “Watergate” probably had something to do with Kentucky Dam a few miles down the road from my house.

My political acumen rose a bit over the following years of Ford and Carter, leading to my high school years as one of the ubiquitous, middle-American children of the Reagan era.

But my true political awakening came during the 1990s, during the AIDS crisis and the country’s entrenched hatred of homosexuals, when it felt like Bill Clinton would be the one who opened the door for us. During that campaign — and even for a time after it — I felt it truly, madly, deeply that there would be grand changes for us.

This would be the part where my youthful idealism came up against the limitations and shortcomings of the Clinton administration and left me with the husk of cynicism, but that’s cry me a river territory shared by many, many people of my age and inclination.

So it’s not a lingering disappointment I felt when I re-engaged with the news after a few days, but a deja vu of dread finding it still basically neck deep in a Republican manufactured “scandal” (Benghazi) set to ensnare another Clinton (Hillary). It’s a preview of the world we’re going to be living in once again starting January 2017.

Compare the last seven years of the Obama administration to the ones I mentioned above, in terms of attendant drama. Yes, we’ve had a slow burn of crazy across the country when it comes to President Barack (Hussein, and don’t you forget it!) Obama, but hate-inspired scammers like birthers have been fairly contained in the 20 or so percent of the population who’ll believe anything sold to them by a New York huckster with helmet hair and a taste for gold. Plenty of conspiracy theories have been hatched, but none have turned into actual quagmires (unless, naturally, a Clinton is involved).

The Obama years are totally different than the 1970s, which were defined as an era by political corruption and criminality. As popular as Reagan was in the 1980s — and hated, as well — his administration ended with the humdinger of Iran-Contra, a scandal which completely contradicted the entire narrative of his reborn America.

And the Clinton years in the 1990s were often off-the-rails crazy, with no accusation against the White House power couple too insane for serious media investigation or congressional involvement. This was the era of congressmen shooting pumpkins in the backyard to “prove” Vince Foster was murdered, of stories of pre-presidential cocaine rings flying out of Arkansas airstrips, of an ouroboros investigation that eventually found targets because there were enough shady operators and reckless behavior around to get roped in.

In terms of presidential scandal over the past few years, what have we got? That the Obamacare web site launched broken, before being fixed and becoming a non-issue?

Finally, in the 2000s, we got George W. Bush abandoning a post-9/11 unity stance to wage a scorched-earth political campaign to pursue a war that turned out to have been declared on the basis of lies. Plus the cronyism that gave us Dick Cheney and exacerbated Katrina and presiding over the greatest economic collapse since the Great Depression with a deer-in-headlights outlook.

Seriously, Obama’s only recent competitor for drama-free presidency is George H.W. Bush who, while definitely controversial, managed to not only wage a war but to win and end it within one term. Although there was that pesky savings and loan scandal involving his son who hasn’t been a governor, so it’s not a perfect analogy.

Anyway, in terms of presidential scandal over the past few years, what have we got? That the Obamacare web site launched broken, before being fixed and becoming a non-issue? Saying the n-word in a completely relevant and appropriate context?

So, nothing. Compared to the past few decades, we’ve enjoyed a period of no grifting, no dalliances, no tabloid type behavior.

While Obama’s time in office has been far from a panacea, I did hope and expect the no drama accomplishment. Unfortunately, I hoped for too much and thought it could become the norm. Instead, we’re probably going to find ourselves right back where we started.