According to Andy Scahill, gays have a special dark place in the horror canon

By Doug Rule on October 29, 2015 @https://twitter.com/ruleonwriting

Andy Scahill has been obsessed with horror ever since he can remember.

He would soak up as much Clive Barker and Southern gothic literature as he could, holed up in the library in his native Cincinnati. Eventually, he forced himself to conquer his greatest fear — far scarier than anything he had read. 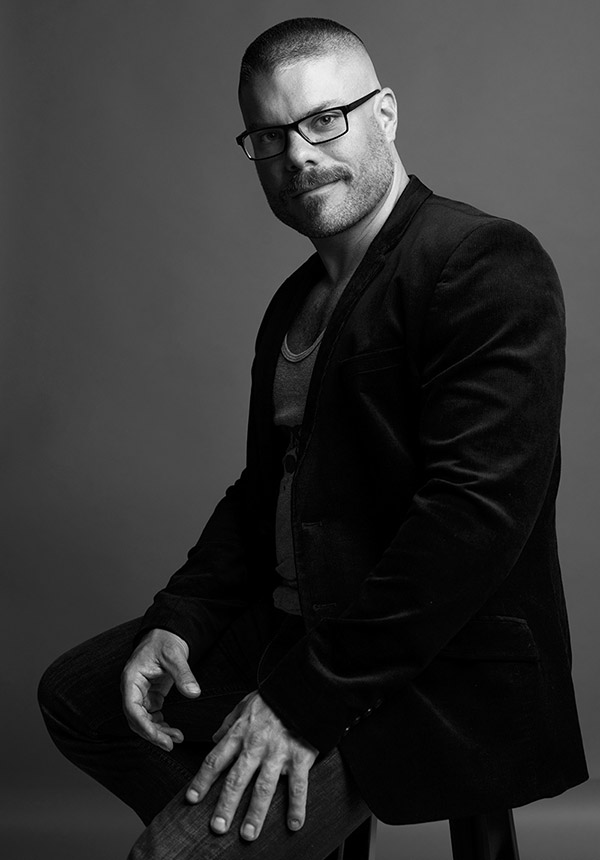 “I hated being deathly shy — and so paralyzed by it,” Scahill explains, noting that even talking on the telephone gave him anxiety as a kid. After forcing himself to be in the public spotlight by acting in theater, Scahill soon became “the learned extrovert” he calls himself today.

Scahill has also become a learned expert on the topic of film — horror film in particular. After earning his doctorate from the University of Texas at Austin, Scahill moved to the Mid-Atlantic to teach film studies at George Mason and then Georgetown universities. Now, MacMillan has released his first book, The Revolting Child in Horror Cinema: Youth Rebellion and Queer Spectatorship, drawing on both his interests as a gay man as well as his work in academia. He’s currently an assistant professor at Maryland’s Salisbury University, where he’s also assistant editor of Literature/Film Quarterly, which focuses on celluloid adaptations.

“What I like about film,” Scahill says, “is not so much the film, but how people experience film. How do we see film differently based on our social identities or the time period?”

And how is that some films can be seen as scary — and gay — to some but not others? Scahill has some theories about that.

METRO WEEKLY: What inspired your book?

ANDY SCAHILL: It was my dissertation, so I’ve been working on this for quite a while. I was interested originally in a film from the ’50s called The Bad Seed, which featured a little blonde pigtailed girl who commits murder. It’s campy and kind of fun. I saw that nobody had really written about it as a campy text. And it kind of just grew from there. I got interested in other images of bad children and that was the germ of it. I didn’t think about it in terms of queerness at all at first, I was just going to do a book on what forms does the bad child take — a monstrous child and what does that tell us about ourselves and our culture.

MW: What it was about horror that enraptured you as a young gay kid?

SCAHILL: When I was a kid I used to read Clive Barker. Voraciously. Even before I knew he was gay, there was something about the way he dealt with monstrosity and sexuality and perversity that spoke to me as a teenager. Even his most monstrous figures have this sort of place in the public consciousness. That speaks to us and our ambivalence toward monstrosity in a modern world. It repels but also fascinates us.

The kind of horror films that I’ve always been interested in are psychological. I’ve never been a gore horror kind of guy. I ask this of my students when I teach horror films: Why do we subject ourselves to masochistic experience? What’s wrong with us that we do this? To a certain degree, it’s a little bit about catharsis. It’s the thrill of a roller coaster. You get that exhilaration. And also you get this release valve on all the things that society represses — and you get to entertain these dangerous fantasies.

“Why do we subject ourselves to masochistic experience? What’s wrong with us that we do this? It’s a little bit about catharsis. It’s the thrill of a roller coaster. You get that exhilaration.”

As a gay kid, a lot of times I didn’t want to see the monster go away. I liked this eruption of chaos into this more normal, often suburban life. I think even as a kid, normativity bored me. I wasn’t invested in the couple getting together. I was more interested in the baddie. So when you get to the ’80s and you start to have these really charismatic movie villains like Freddy Krueger — to me Freddy Krueger was the star. He was the one moving from sequel to sequel, not the individual protagonists.

MW: That might all be different in future, when there will probably be more gay couples represented in horror films. You might be writing a very different book in 50 years.

SCAHILL: Yeah, exactly. [Laughs.] You know there’s been some attempts with specifically queer horror. There was Hellbent a decade ago. There’s also a Kickstarter campaign to get Tyler Jensen’s documentary made about the queerness of A Nightmare on Elm Street 2: Freddy’s Revenge. That’s a film that is so obviously about gay repression — about Freddy Krueger becoming more or less a metaphor for repressed sexuality. That comes out when he’s kind of sexually aroused in the school locker room. A lot of people consider that to be the gayest horror film ever made, even though it was never specifically stated.

MW: Gays seem to only factor into the major horror and slasher films in the subtext. No characters are openly gay.

SCAHILL: Yeah, and I think there is something too about gays and lesbians as moviegoers — we’re kind of scavengers. We’ve had decades and decades of not being able to say gay. And so, what [film historian] Vito Russo says, we play in the closet. So we’ve established a really elaborate code system. You can’t say he’s gay but we all kind of know. If you’re in on the codes, you know what we’re talking about. But that makes you suspicious about all kinds of things in cinema. All relationships start to look suspicious. All these intense friendships, and intense conflicts even, start to look suspicious if you’ve been fed a steady diet of coding. You start to look for it everywhere.

MW: But the sexuality of monsters like Jason in Friday the 13th is never really discussed.

SCAHILL: Yeah, he’s kind of asexual in Friday the 13th. It’s interesting that in this and Halloween, how they refocused on the child in the reboot. And how they’re stunted, and forever children in a way — they haven’t professed any sexuality.

MW: You could also look at these through a puritanical lens — the virgin is the one who survives, the promiscuous ones suffer the most.