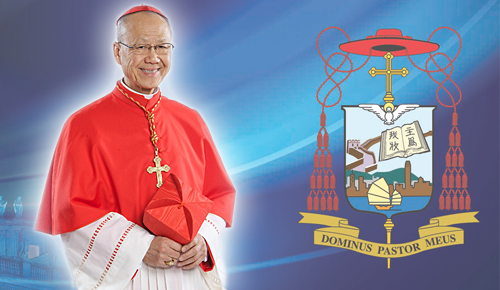 Hong Kong may have just celebrated its largest Pride parade ever, but that hasn’t stopped the local Catholic community from wading in and repeatedly insulting everyone.

“In recent years, social trends and political movements, such as extreme libertarian attitudes, individualism, the “Sex Liberation Movement” and the “Gay Movement”…[have] been advocating the enactment of a Sexual Orientation Discrimination Ordinance in Hong Kong and the recognition of same-sex marriages,” a pastoral letter from the Cardinal said. “Thereby, the core values and key concepts of marriage and of the family are continually being challenged and misinterpreted, so that the very foundation of society is being undermined.”

“The church doesn’t have any enemies and it wouldn’t criticize anyone. It was only talking about wrong-doing,” he said. “For example, it is wrong to [abuse] drugs and we would say so, but we still love drug addicts.”

Hong Kong’s attitudes towards homosexuality are a result of colonial British rule, with several laws in place to restrict sex between men (sex between women has never been criminalized). However, things are slowly changing. Same-sex sexual activity was legalized in 1991, the age of consent was equalized in 2006, there are some discrimination protections in employment and the provision of goods and services, and individuals are permitted to change their legal gender. However, the government doesn’t recognize same-sex unions or adoptions.