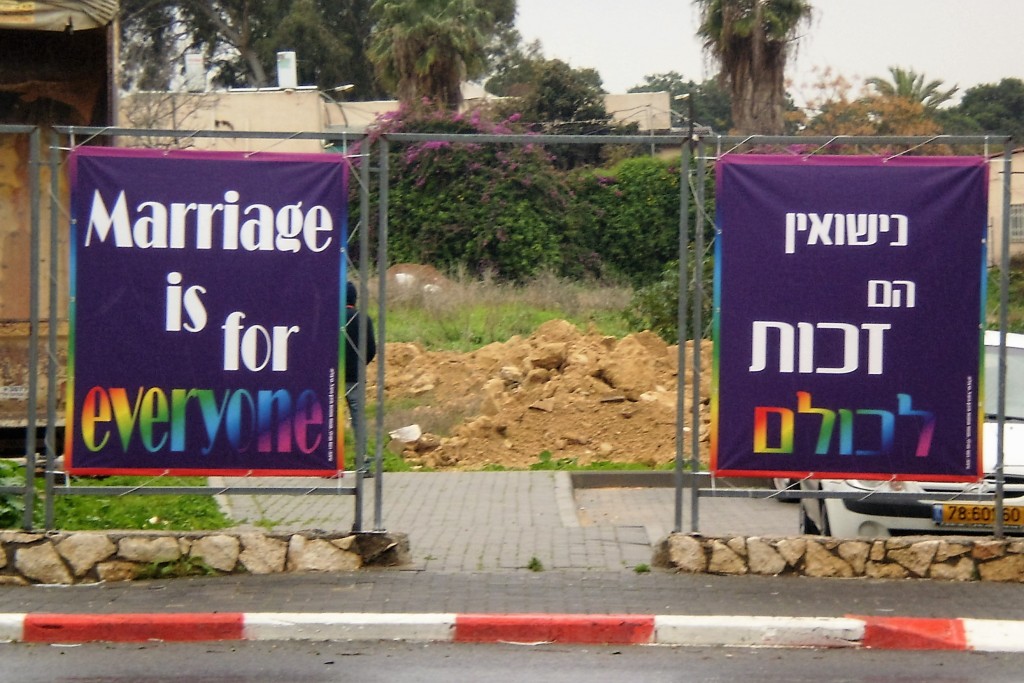 In what has been dubbed an “historic” move, an Israeli LGBT rights organization has petitioned the country’s High Court in an effort to legalize same-sex marriage.

The Aguda, also known as the National LGBT Task Force, claim that barring Israel’s gay community from marriage is unconstitutional. Their petition argues that Israel’s rabbinical court should not have the final say on their marriage status, with civil law taking precedent. Israel’s rabbinical courts have exclusive authority over religious affairs in the country — which includes allowing marriages between Jewish citizens. The Aguda’s petition asks that the High Court approve civil marriages, which would hold the same legal authority as approved religious marriages.

“The reality we live in is absurd; on the one hand, the rabbinical courts do not recognize same-sex marriages, and on the other hand, are reluctant to give up the exclusive jurisdiction to recognize them,” said Oded Fried, executive director of The Aguda, The Jerusalem Post reports. “It’s time for members of the LGBT community to be citizens with equal rights. We demand that the state provide the basic and fundamental right to exercise our love for whomever we choose, and require legislation to allow gay marriage in Israel.”

Should the courts reject their proposals, The Aguda have promised to instead work to have Article 1 of the rabbinical courts abolished. It states that with regards marriage and divorce, all Jewish Israeli citizens must go through the religious courts.

Their efforts have been applauded by the Gay and Lesbian Welfare Association, who in a statement reminded that it have been nine years since a landmark court ruling which “held that the state has the obligation to acknowledge same-sex couples married abroad as a married couple.” However, it failed to cause a shift in the country’s attitudes towards same-sex marriage, and now,  “same-sex couples are forced to settle for the status of civil marriage, or are forced to marry in a foreign country away from their families, their friends and a loving and supportive environment.”

“The legal situation in which the rabbinical courts do not recognize their right to marry same-sex couples, while at the same time no other court is allowed to do so is unfair,” affirmed Chen Arieli and Imri Kalman, joint-chairmen of The Aguda, in a statement. “It is a distortion of justice and a terrible and grave violation of individual rights, and our appeal is trying to fix this.”

While same-sex marriage remains illegal in the country, couples can apply for unregistered cohabitation, while adoption, anti-discrimination laws, open military service, and gender transition are all allowed in Israel — putting it at odds with many of its neighbors in the region.