Couple was planning to adopt the girl, and even had the support of the child's biological mother 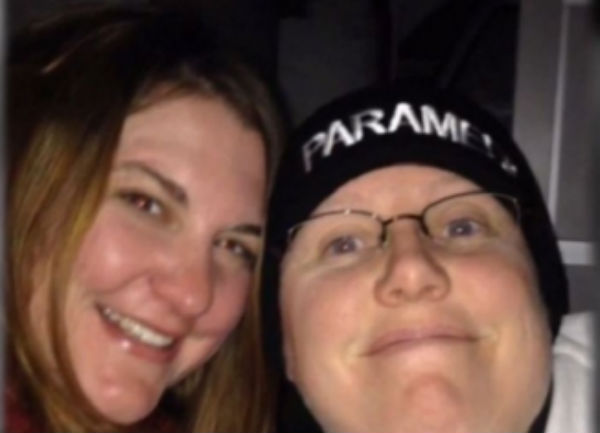 A Utah judge has removed a baby from the home of her foster parents, because he said the child would be better raised by a heterosexual couple than a lesbian couple.

Judge Scott Johansen ordered the baby to be removed from the house of April Hoagland and Beckie Peirce of Carbon County, despite the fact that they’ve been raising the baby for the past three months.

Hoagland and Peirce are legally married and were approved to be foster parents earlier this year after passing home inspections, background checks and interviews from the Department of Child & Family Services. The couple say Johansen told them there was “a myriad” of studies indicating that children raised in same-sex parent households do not fare as well as their counterparts raised by heterosexual parents.

“We are shattered,” Hoagland told Salt Lake City CBS affiliate KUTV. “It hurts me really badly because I haven’t done anything wrong.”

The couple had initially hoped to adopt the baby and raise it along with Beckie’s biological children, who are ages 12 and 14. The path for eventual adoption was being laid, as the child’s state-appointed attorney was supporting them, as well as the baby’s biological mother. Attorney Mandie Torgerson, who represents the biological mother, said the judge did not cite specifically what studies he was referring to when he issued his order. She said her client will be appealing the judge’s decision.

Meanwhile, Hoagland and Peirce say they are looking for an attorney to help them appeal the judge’s decision. They believe Johansen imposed his personal religious beliefs on their family without examining their record or seeing how the child was thriving.

“He’s never been in our home, never spent time with the child in our home or our other children so he doesn’t know anything about this,” Peirce told KUTV.

Democratic presidential candidate Hillary Clinton weighed in on the controversy on Twitter, tweeting: “Being a good parent has nothing to do with sexual orientation—thousands of families prove that.”

The Human Rights Campaign also responded to the couple’s situation, pointing out that Johansen’s statements about same-sex parenting are wrong. According to HRC, all legitimate major studies on same-sex couples show that parents’ sexual orientation has no effect an a child’s mental health or social development.

“Removing a child from a loving home simply because the parents are LGBT is outrageous, shocking, and unjust,” HRC President Chad Griffin said in a statement. ‘It also flies in the face of overwhelming evidence that children being raised by same-sex parents are just as healthy and well-adjusted as those with different-sex parents. At a time when so many children in foster care need loving homes, it is sickening to think that a child would be taken from caring parents who planned to adopt.”

John Riley is the local news reporter for Metro Weekly. He can be reached at jriley@metroweekly.com
← Previous Story Bimonthly injections as effective as pills at treating HIV
Next Story → Transgender protesters confront Caitlyn Jenner at charity event