By John Riley on November 10, 2015 @JohnAndresRiley 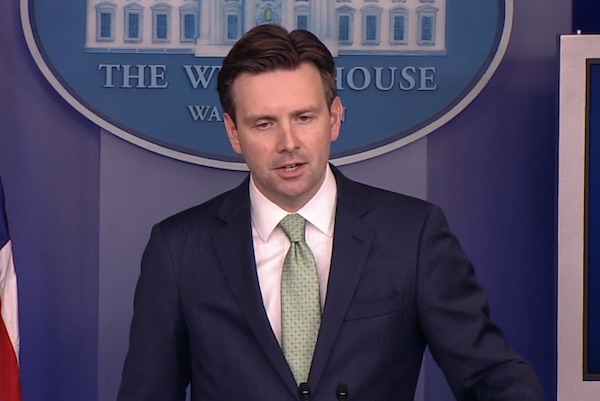 The White House on Tuesday threw its full-throated support behind the Equality Act, giving LGBT advocates a small victory in what is shaping up to be an arduous battle, with the odds significantly stacked against the likelihood of the bill’s passage.

The Equality Act, which has been endorsed or embraced by the bulk of national LGBT organizations and has been co-sponsored by 39 senators and 170 members of the House of Representatives, would amend the Civil Rights Act of 1964 to ban discrimination on the basis of sexual orientation or gender identity in the areas of employment, housing, credit and public accommodations.

On Tuesday, White House Press Secretary Josh Earnest told reporters at a daily press briefing that President Obama had been reviewing the Equality Act “for several weeks” before coming to a decision.

“It is now clear that the administration strongly supports the Equality Act,” Earnest said, according to The Washington Post, adding that it would advance the civil rights of “millions of Americans.” He also said that the White House would work with Congress to ensure that the final bill that emerges balances “the bedrock principles of civil rights with the religious liberty that we hold dear in this country.”

This is not the first time that the White House has weighed in on the side of LGBT rights. The White House has previously opposed ballot initiatives to ban same-sex marriage, and threw its support behind the now-failed HERO ordinance providing various nondiscrimination protections to the LGBT community, which was defeated in Houston last Tuesday.

The Human Rights Campaign, one of the most vocal organizations pushing for passage of the Equality Act, issued a statement praising the president’s stance and emphasizing the importance of nondiscrimination legislation.

“The unfortunate reality is that, while LGBT Americans can legally get married, millions remain at risk of being fired or denied services for who they are or who they love because the majority of states still lack explicit, comprehensive nondiscrimination protections,” HRC President Chad Griffin said in a statement. “By endorsing the Equality Act, the White House sent a strong message that it’s time to put the politics of discrimination behind us once and for all. Now it’s time for Congress to act. Everyone should be able to live free from fear of discrimination and have a fair chance to earn a living and provide for their families, including people who are gay, lesbian, bisexual and transgender.”

But while many major corporations have embraced the Equality Act, and most polls indicate that a majority of Americans support the concept of protecting LGBT people from discrimination, the bill faces a tough slog in Congress. So far, no Republicans from either chamber have signed on as co-sponsors, and none of the GOP’s top tier presidential candidates has endorsed the Act, making it much more politically difficult for members of their party to express their support, particularly during a presidential election year.

John Riley is the local news reporter for Metro Weekly. He can be reached at jriley@metroweekly.com
← Previous Story Change.org petition asks to “drop the T” from equality movement
Next Story → Gay app Hornet erects billboard outside GOP debate