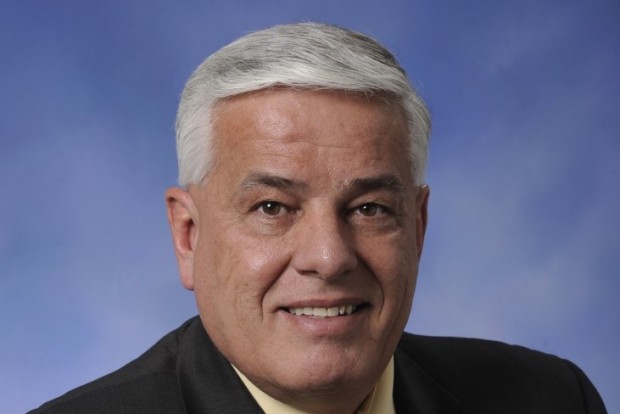 Michigan’s lawmakers want to ignore the Supreme Court’s ruling on marriage equality, in an attempt to “reclaim [their] state’s sovereignty.”

State Rep. Tom Hooker, R-Byron Center, this week addressed a crowd outside the state Capitol, who had gathered for a “rally to protect religious people and stop persecution of religious people,” according to MLive.

There, he read from a resolution he plans to introduce to the state House which would require officials to neither recognize nor enforce the Supreme Court’s ruling in Obergefell v. Hodges, which approved same-sex marriage.

“The Supreme Court is not a Legislature,” Hooker said. “Courts do not substitute their social and economic beliefs for the judgement of legislative bodies or elected and passed laws.”

A co-sponsor of the resolution, Rep. Lee Chatfield, R-Levering, tapped into the religious anxiety of the crowd.

“Make no mistake, when government destroys God, government becomes God,” said Chatfield. “And that should be a frightening thing for the United States of America and the state of Michigan.”

“We urge the Governor and all executive officers in the state of Michigan to uphold their oaths of office and re-claim this state’s sovereignty,” the resolution continues, “by not recognizing or enforcing the United States Supreme Court’s Obergefell decision as a rule of law.”

However, Hooker’s legislation is little more than a demonstration. Even if it successfully passes, Michigan Governor Rick Snyder (R.) and the state Attorney General have both previously said that the Supreme Court’s decision would be upheld.

“Same-sex marriage has been a divisive issue in Michigan and across our country,” said Governor Snyder in June. “Recognizing that there are strong feelings on both sides, it is important for everyone to respect the judicial process and the decision today from the U.S. Supreme Court. Our state government will follow the law and our state agencies will make the necessary changes to ensure that we will fully comply.”

Rhuaridh Marr is Metro Weekly's managing editor. He can be reached at rmarr@metroweekly.com.
← Previous Story HIV-positive people will be able to purchase life insurance
Next Story → CDC: HIV diagnosis rates down, except among gay and bi men of color