CES wasn't full of surprises, but still had its fair share of desirable tech on offer 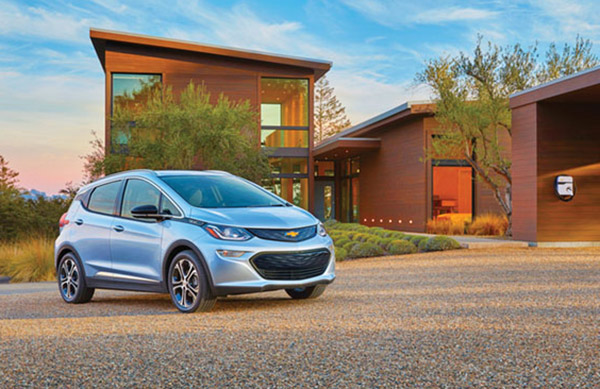 This year’s Consumer Electronics Show in Las Vegas was a rather conservative affair. Smartphones have largely transitioned to February’s Mobile World Congress in Spain, televisions really haven’t had any revolutionary changes since curves were introduced, and it was expected that cars and virtual reality would be taking over the show floors.

That said, there was still plenty to enjoy for tech fans, from modular screens to wearable translators to the return of retro. Let’s dive in. 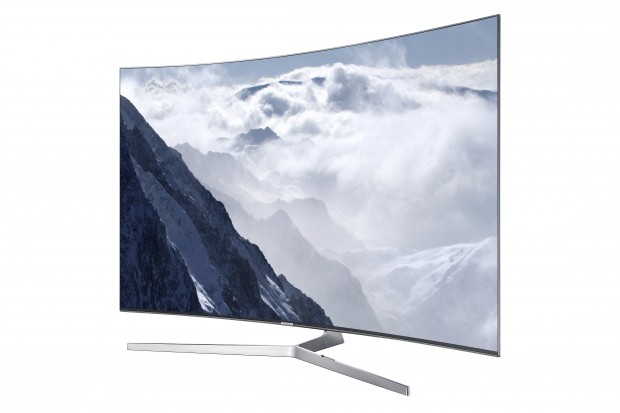 We know what to expect from manufacturers these days: 4K screens with eye-popping colors and deep blacks (be they OLED or LED), maybe a curve, perhaps a severe case of weight loss. However, a certain degree of obviousness in display technologies has meant that this year, manufacturers are focusing on ever more granular features to wow customers — as well as a renewed focus on beautifying their sets to look even better in our living rooms.

Samsung knows this better than most, and its new 88-inch KS9500 set is not only incredibly thin, it also has bezels that, given the size of the set, are almost nonexistent. That combination of razor-edges and slim bezels means that Samsung’s set is more art installation than display — and its subtle curve only enhances that fact. Just expect a price tag to match when it goes on sale later this year. An example of Samsung’s dedication to beauty? According to Gizmodo, a Samsung executive boasted at a briefing that the company had managed to eliminate visible screws from the rear of its TV. The future is now, people!

Not to be outdone, Sony’s CES booth lauded the “clean look” on the rear of its latest TV. You know, the part most people shove against or mount on a wall and never think about. It makes even less sense when what was happening around front was arguably more newsworthy. Sony was demoing its upcoming Backlight Master Drive tech, which boosts the brightness of its TVs by utilizing HDR (high dynamic range) tech, the same trickery that makes your photos pop, to offer incredible contrast and a brightness level (4,000 nits) up to four times the already bright sets Samsung was promoting elsewhere at CES.

LG, meanwhile, trotted out the latest televisions with its dazzling OLED technology. If you’ve never seen an OLED set, go down to Best Buy and get ready to start throwing your credit card at someone. That urge may grow even stronger should you encounter LG’s latest units, which are just millimeters deep (fractions of an inch, in our parlance). How thin? A tenth of an inch, or just over three credit cards. The G6 and E6 series will offer the extremely thin displays, dubbed Picture-on-Glass, which offer an “Ultra HD Premium” image and HDR Pro tech, which should ensure that whatever you’re watching looks magnificent. (Just make sure that credit card has a generous limit….)

Oh, and because it’s CES, Samsung also produced a dazzling, modular concept which utilized truly bezel-less displays that could break apart into several smaller displays and then reform in different aspect ratios — such as going from 16:9 to 21:9 for films — or to create unique digital presentations that danced around one another. Don’t expect to buy your own any time soon, but it was a slick concept nonetheless. 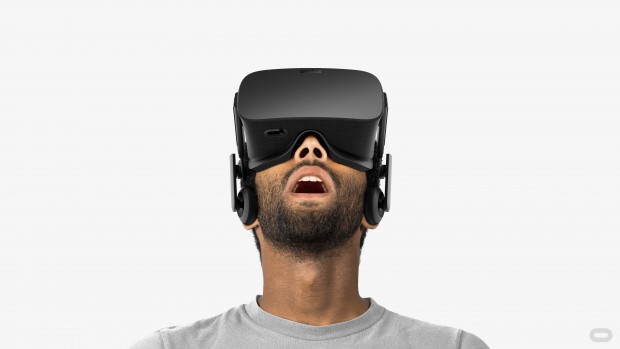 There’s no escaping virtual reality these days. A number of companies are making a big push into the technology, including Sony with its PlayStation Morpheus headset, Google with its low-cost Cardboard affairs, and Samsung’s Galaxy smartphone-accommodating Gear VR headsets. However, virtual reality at CES was dominated by Oculus.

The $600 Oculus Rift is now available for everyone to pre-order, so it’s no surprise that Oculus was at CES pimping the heck out of their headset. They were demonstrating Medium, an app for Oculus that is essentially Microsoft Paint for VR, if Paint worked in VR, let users paint in 3D, and was absolutely nothing like Microsoft Paint. Using the Oculus Touch controllers, users can manipulate virtual sculptures, paintings and other objects to create their own digital artworks. It’s a pretty nifty way of showing the capabilities of Oculus’ hardware. 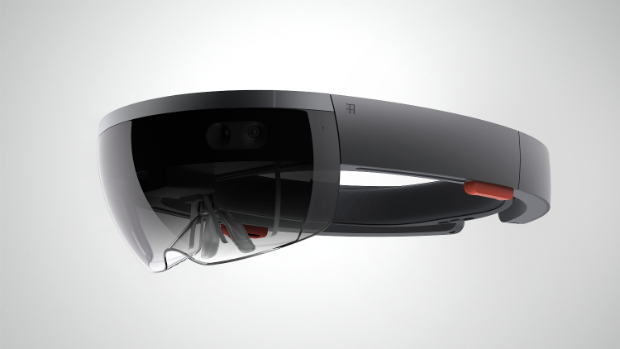 Microsoft was also on hand to demonstrate its augmented reality headset HoloLens. Minecraft, the all-conquering game, was back to show off the headset’s features, overlaying the blocky game into the user’s real world and letting them manipulate and alter the world to their heart’s content. HoloLens is still very much a developer-focused tool, one that won’t reach the market for a while, but its consumer applications are tempting nonetheless, and Microsoft’s take on virtual reality is a nice alternative to the enclosing methods of Oculus, Samsung, HTC and others. 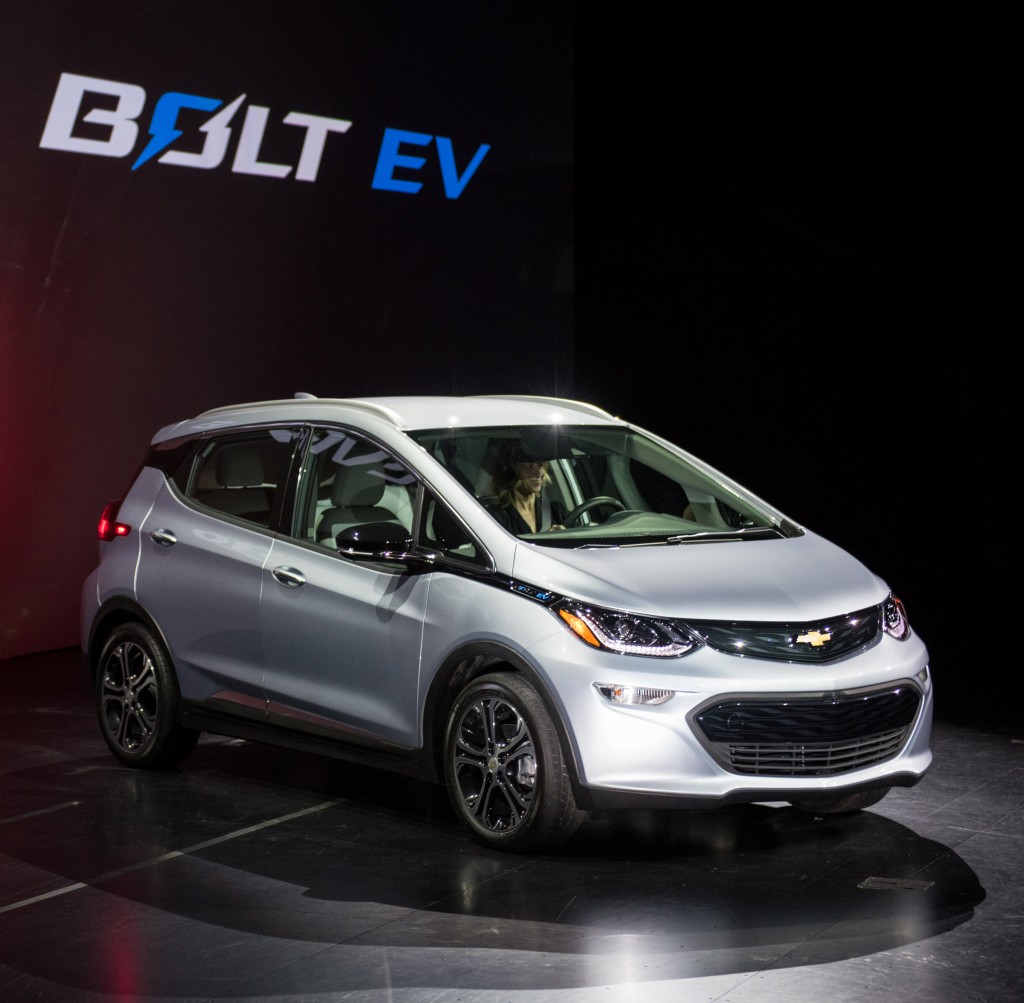 Automakers have clearly forgotten that the Detroit Motor Show is currently taking place, instead showcasing several vehicles and technologies at CES. Of course, you won’t find traditional gas guzzlers and budget models lining the halls in Vegas — the automotive influences at CES were centered around concepts, electrification, and better integration with our gadgets.

Really, if anyone can claim to have “won” the rather niche award for best CES automaker, it was Chevrolet. With the introduction of the Chevy Bolt, GM’s mass market brand not only managed to generate a significant amount of attention for the brand, it also managed to do exactly what Tesla has been promising for years: make a smaller, cheaper electric vehicle that doesn’t skimp on range or quality. The 2017 Bolt is an all-electric hatch that will cost $30,000 after tax incentives, run for 200 miles on a single charge, and a design that manages to be cool, modern and yet also familiar. It’s Chevy Sonic meets BMW i3 — and that’s something that mainstream buyers will love. 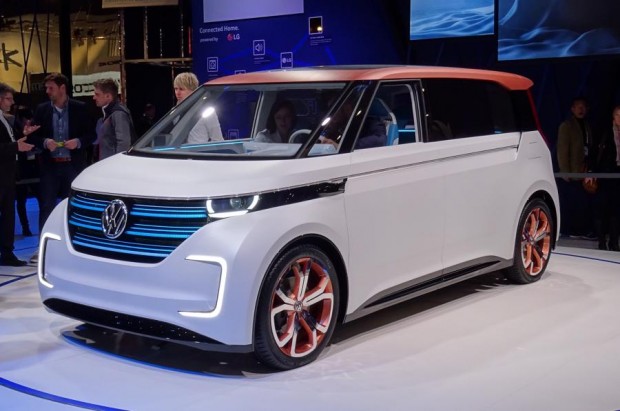 Volkswagen appeared at CES under the burden of a federal lawsuit and massive outcry over its diesel emissions scandal, but tried its best to ignore such worries by looking to the past. Not too far back, mind — no people’s car here — but rather to the pot-loving ’60s. Yes, Volkswagen’s iconic Microbus is back. Except there’s no peace symbols, used bongs and dirty pillows here. Instead, the gas engine is gone and the hard plastics are out — in come an electric engine, glossy, high-tech interior, and a name change to BUDD-e. Sadly, it’s just a concept, a demonstration of VW’s modular electric car platform, but if it actually existed, it’d offer 373 miles of electric range, the potential for 80-percent recharging in just fifteen minutes, and gesture control inside and out to interact with its various functions. Oh, and you can use it like a giant speaker for your guitar, if you’re so inclined. Diesel who?

And if you thought manufacturers had slowed down on automation innovations, think again. Instead, CES demonstrated several of the challenges facing the automotive industry, including making cars smart enough to detect human error. Nvidia demonstrated its Nvidia Drive PX 2 automotive supercomputer, which makes use of twelve CPUs and a powerful GPU to provide the power of roughly 150 MacBook Pros, enough to handle the thousands of functions modern, connected cars will need to crunch if we’re aiming for a more autonomous future, including the usual infotainment systems, information from cameras and sensors, driver inputs, and other functions. Sure, it won’t play Grand Theft Auto, but it’ll hopefully have the heft to keep your future car running smoothly. 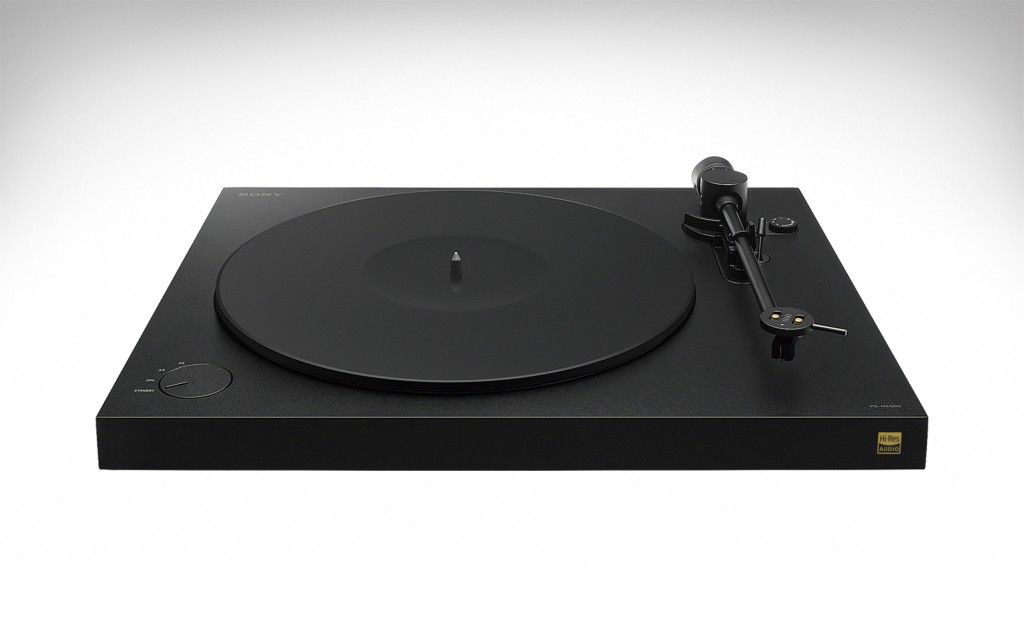 Traveling is tough if you’re unfamiliar with the local language, but Logbar’s Ili wearable translator aims to fix that problem. No longer will you be forced to look up a local phrasebook, or ask the Google app to translate your requests on the fly. Instead, Ili is a wearable translator that automatically translates English, Japanese and Chinese without an internet connection, meaning you’ll never struggle to ask someone for directions to the nearest restroom, how much that ramen costs, or where exactly you’ve stumbled into. Ignoring the rather creepy product commercial, which features a man asking Japanese women if he can kiss them, it could be a pretty compelling tool for would-be adventurers when it launches later this year.

Perhaps a sign of our retro-loving times, both Panasonic and Sony were eager to highlight their record players at CES. Yes, record players — for records. For Panasonic, it was the reintroduction of the Technics brand to turntable production, with the Technics SL1200-GA bringing the brand back in time for its 50th anniversary — there hasn’t been a new model of the DJ-favorite turntable since the ’00s. Not to be outdone, Sony unveiled the PS-HX500, a turntable that will not only play your favorite records, but also convert them to Sony’s proprietary DSD file format, or high-resolution WAV files. It also features Sony’s typically minimalist styling, so you can be retro cool and ultra modern at the same time.

Wireless charging is all the rage at the moment, but it requires dropping your phone onto a pesky charging pad, and that’s so much effort. Enter, then, Ossia’s Cota charger, which launches this year and will charge devices up to ten feet away. Yes, using a proprietary sensor that detects RF signals from the base and directs them around obstacles, the tech can push one entire Watt of power to a compatible device — enough to charge an iPhone in a compatible case in around four times as long as using the cable. A slightly cooler implementation: Ossia will offer AA batteries with the sensor inside, meaning that devices — such as your TV remote — near the transmitter need never have their batteries replaced. How convenient would that be?

Rhuaridh Marr is Metro Weekly's managing editor. He can be reached at rmarr@metroweekly.com.
← Previous Story 5 bizarre tech items from CES 2016
Next Story → PlayStation VR launches October for $400 — yes, more than the PS4