AMPA to honor plaintiffs at center of marriage equality cases

By John Riley on February 25, 2016 @JohnAndresRiley 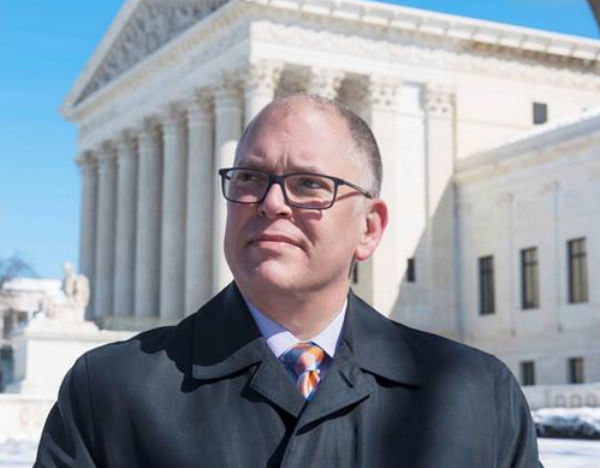 The American Military Partner Association (AMPA), the chief organization advocating on behalf of LGBT servicemembers, veterans and their families, announced on Thursday that they will honor Supreme Court plaintiffs Edie Windsor and Jim Obergefell for their role in helping secure important benefits for the spouses of LGBT service members and veterans.

Windsor’s legal challenge, and her subsequent victory, overturned Section 3 of DOMA, which had previously prevented the federal government from recognizing legally-performed marriages of same-sex couples. As a result, the U.S. Department of Defense (DoD) announced it would recognize the same-sex spouses of LGBT service members and provide benefits such as health care, housing benefits, access to on-base support programs and other resources for military families.

Similarly, Obergefell’s decision to challenge Ohio’s ban on same-sex marriage, and his subsequent appeal after losing in the U.S. 6th Circuit Court of Appeals, led to the Supreme Court’s decision to strike down all remaining statewide bans on same-sex marriage. As a result of that decision, the Department of Veterans Affairs (VA) announced that it would finally recognize the same-sex marriages of veterans for the purposes of spousal benefits. Prior to the Supreme Court’s ruling, the VA had been bound by a statute requiring them to look at the marriage laws in a service member’s state of residency, rather than the laws of the state where the marriage took place, when determining whether to offer those benefits to veterans and their families.

One such couple whose marriage was not recognized by the VA under that previous statute was Thom Kostura and Ijpe DeKoe, who were married in New York in 2011 but moved to Tennessee, where same-sex marriage was prohibited. They eventually challenged Tennessee’s voter-approved constitutional ban on same-sex marriage and were later named as plaintiffs in the Obergefell suit when the cases challenging bans in Ohio, Kentucky, Tennessee and Michigan were consolidated into one case. Both Kostura and DeKoe, who are members of AMPA, will also be honored at the gala.

“Edie Windsor, Jim Obergefell, and the other plaintiffs who stood up to challenge discriminatory marriage laws have changed the lives of LGBT military families forever,” AMPA President Ashley Broadway-Mack said in a statement. “Because of their bravery and willingness to fight injustice and discrimination, the same-sex spouses of LGBT service members and veterans finally have access to the crucial help they need and deserve from the Department of Defense and the Department of Veterans Affairs. We are proud to honor both Edie and Jim at the 3rd Annual AMPA National Gala with the AMPA National Equality Award.”

The 3rd annual AMPA National Gala will be held on Saturday, May 7 at the Hyatt Regency in Washington, D.C. For tickets and more information, visit MilitaryPartners.org/Gala.